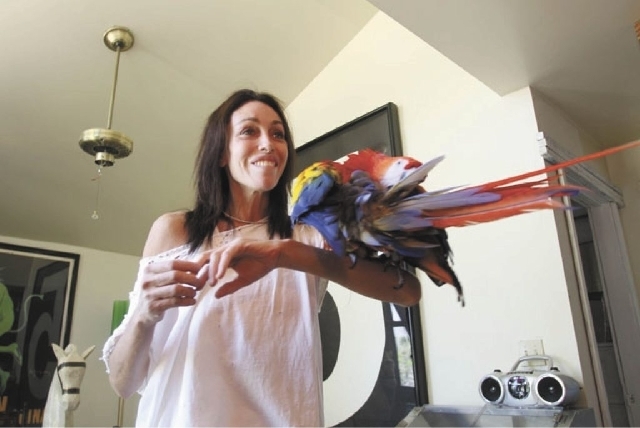 A preliminary hearing on Heidi Fleiss’ drug charges scheduled for Tuesday was continued to May 1.

The former “Hollywood Madam” was set to appear for charges related to a marijuana grow operation discovered at her Pahrump home in August of 2013.

A bench trial was also scheduled this week for her October 2013 arrest after being arrested for allegedly driving under the influence, but that too was continued to the same date.

Fleiss’ next court appearance is scheduled for May 1 in Pahrump Justice Court.

According to the Nye County Sheriff’s Office, deputies stopped Fleiss on state Route 160 after a records check revealed her registration was suspended.

A field sobriety test subsequently deemed she was allegedly under the influence of marijuana.

During a search of her vehicle, police reportedly discovered four ounces of marijuana and about $10,000 in cash, which was seized as evidence in connection to the arrest.

She was taken into custody on charges ranging from under the influence of a controlled substance, DUI drugs, possession of marijuana with intent to sell and possession of greater than one ounce of marijuana, and driving with no insurance.

During a court appearance last year, Ernest explained that while his client was arrested on a charge of possession of an illegal substance with intent to sell, she was in no way a drug dealer.

Additionally, Ernest said the confiscated cash found in Fleiss’ vehicle was not from drug sales.

He said the seized money served as a retainer for his representation on another case where his client had been charged with opening or maintain a place for the use, sale, or gift of a controlled substance, where nearly 400 marijuana plants were discovered growing on her property roughly a month prior to her arrest.

“I’m telling you with a straight face she was coming to meet with me at 11 o’clock to pay my retainer.

Ernest also said his client was not a drug dealer.

“She is somebody with a substance abuse problem who addressed it and then relapsed,” said Ernest in 2013.

Fleiss moved to Pahrump after announcing plans for a brothel in 2005.