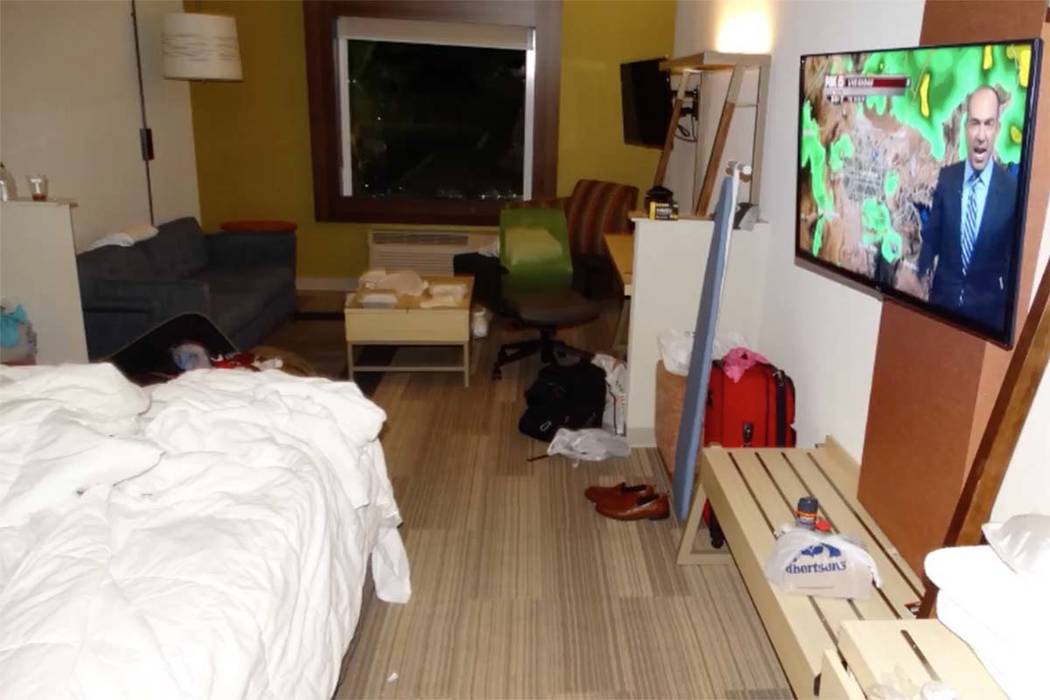 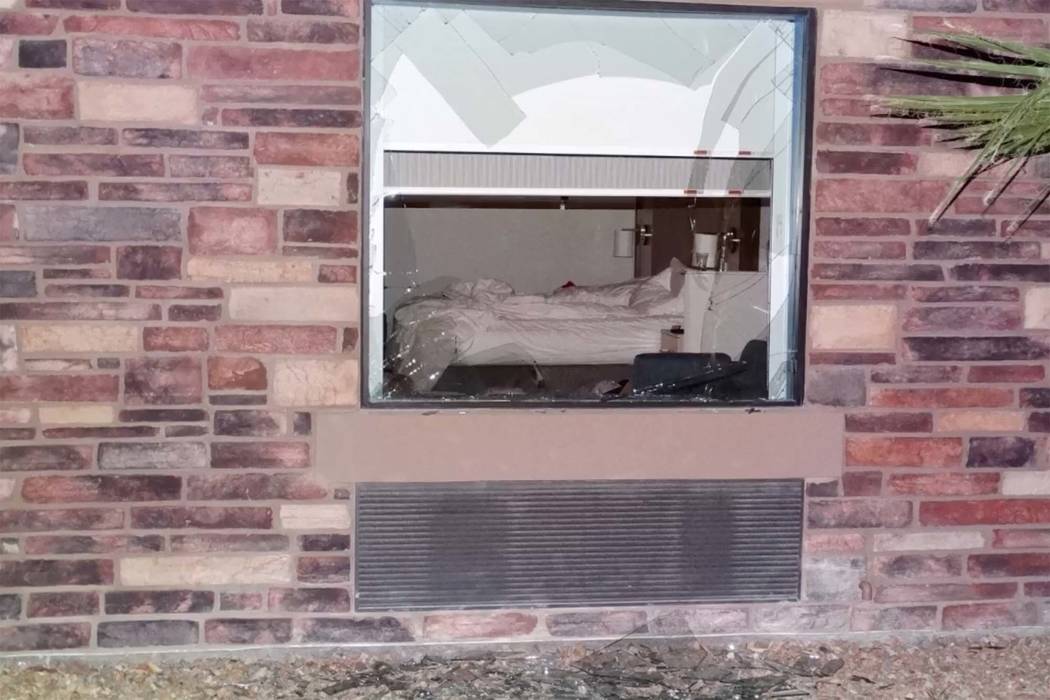 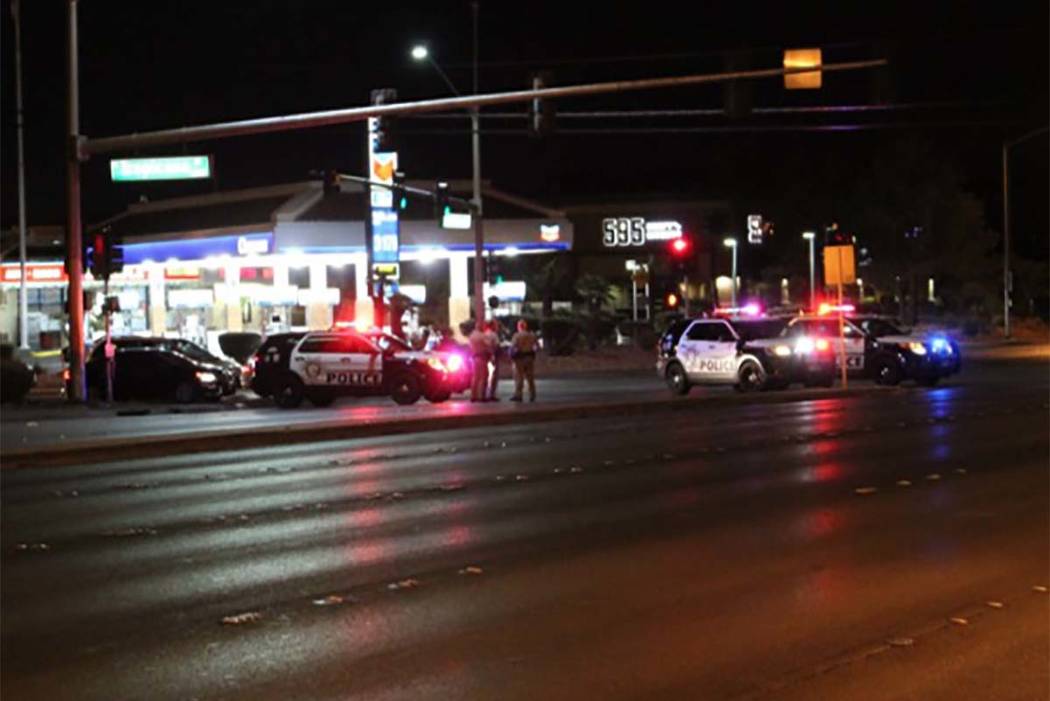 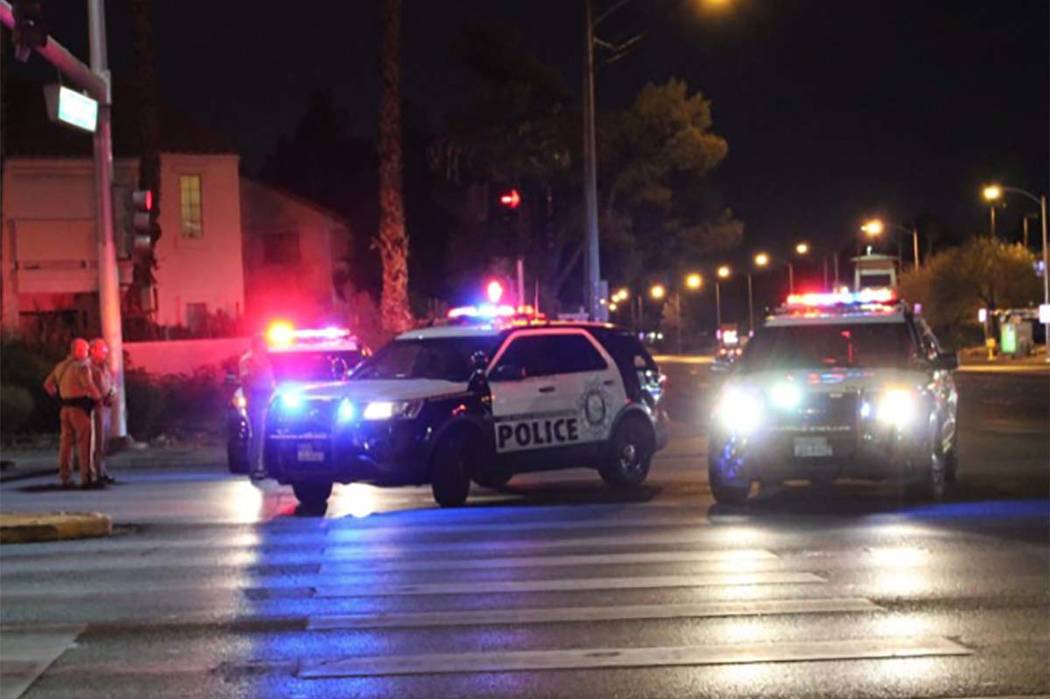 With their weapons drawn, a swarm of Nye County deputies approached the door of a hotel room in Pahrump last week to take two fugitives into custody.

The two suspects led law enforcement on a chase that started late July 17 and ended nearly an hour later at Rainbow Boulevard and Tropicana Avenue in Las Vegas, after the stolen Toyota Prius that Castillas was driving crashed, officials said.

The pursuit, captured on camera by documentary series Live PD, unfolded with the sound of breaking glass coming from inside the hotel room, which sent the deputies sprinting back to the parking lot.

“Hey, he busted the window,” one deputy could be heard shouting in the snippet caught on camera by Live PD. The documentary series was following Nye County Detective Alex Cox that night.

Castillas, 36, was wanted by the Metropolitan Police Department on 15 felony counts, including home invasion, burglary, battery and assault with a deadly weapon. Rachel Young, 42, was wanted by Nevada Parole and Probation, police said.

“Come on, baby. Two wanted suspects. They took off,” Cox said into his radio shortly after Castillas and Young had fled. Cox was behind the wheel of a patrol vehicle, racing to catch up to the Toyota, the video shows. “We’re in the pursuit. We’re in the hot.”

With Castillas behind the wheel and Young in the passenger seat, the two whizzed south on state Highway 160 toward Las Vegas, a tail of red and blue lights close behind, the footage shows.

Units from Metro and the Nevada Highway Patrol soon joined in on the chase, Nye County Sgt. Adam Tippetts said in a news release Friday. Twice during the pursuit, the Highway Patrol deployed spike strips on the road, both times successfully deflating the Toyota’s tires and forcing the car to roll on its rims.

“I’ve never seen anybody in my career go this long on two tires like that,” Cox said into the camera as the chase had entered Las Vegas.

Castillas and Young were taken into custody without further incident shortly after the Toyota crashed, Tippetts said. Metro officers temporarily blocked Rainbow just north of Tropicana while the black sedan was sealed up for evidence and towed away.

The two were being held at Clark County Detention Center on Sunday. They also will face charges in Nye County of possession of a stolen vehicle, felony property damage, obstruction, possession of drug paraphernalia and other charges related to forgery and fraud, Tippetts said.