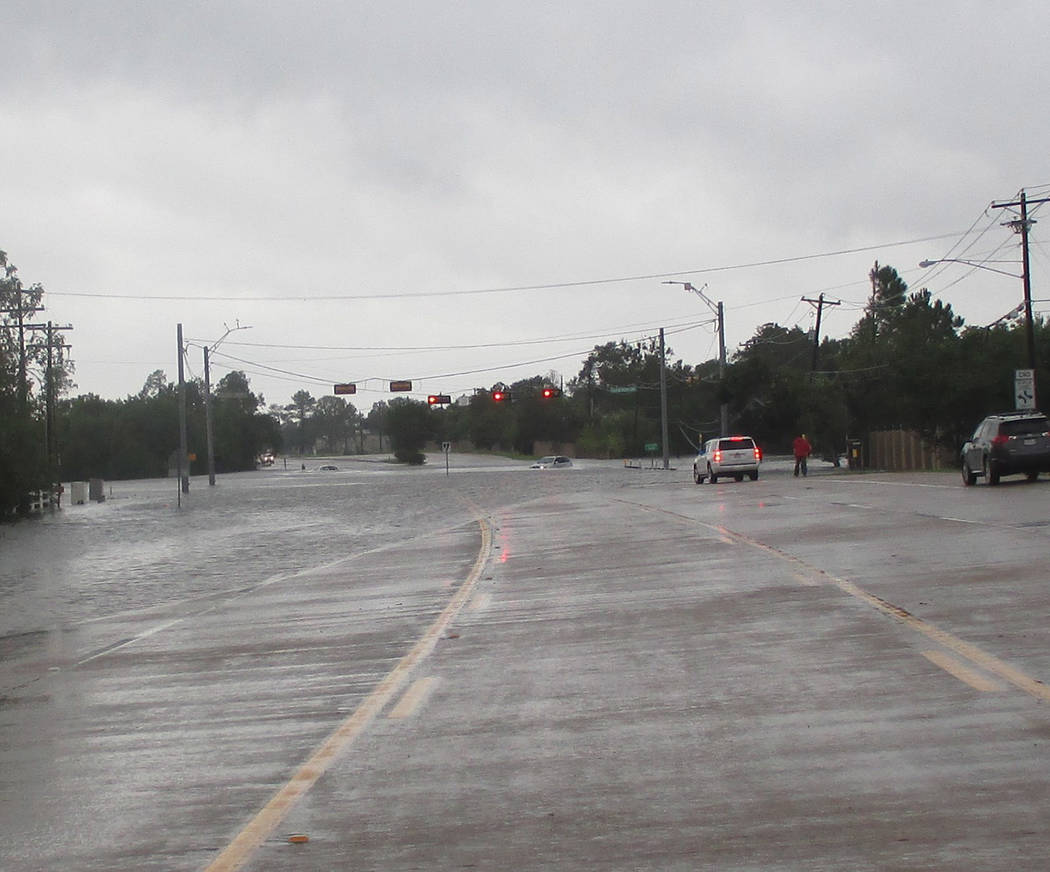 Special to the Pahrump Valley Times Drivers try to negotiate flooded streets and highways in south Texas this week as rain continues to fall in the Lone Star state. 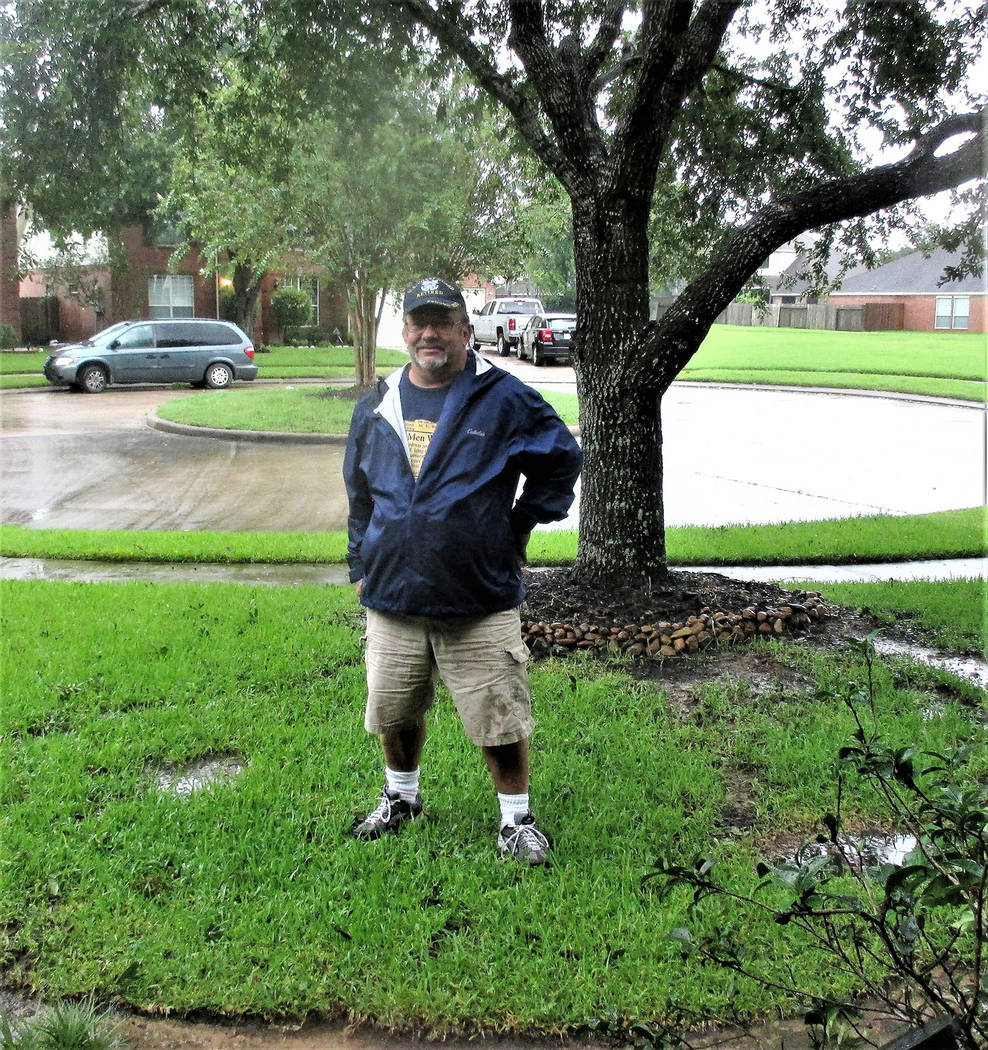 Special to the Pahrump Valley Times Former Nevada resident Michael Lee stand in front of his League City, Texas home amid severe flooding in south Texas. Lee and his wife Linda did not evacuate their home to escape flood waters.

Former Nevada resident Michael Lee and his wife Linda have been homebound for the better part of a week in south Texas.

The Lees have lived in League City, Texas, roughly 20 miles south of Houston, for close to 17 years.

Both are graduates of the University of Nevada, Reno.

Lee, a retired member of the U.S. Coast Guard, is a native of Tonopah, Nevada.

He also earned a college degree in emergency management.

On Tuesday this week, Lee spoke about how he and his wife are holding up in the aftermath of Hurricane Harvey, which has caused unprecedented and catastrophic flooding in southeastern Texas.

Lee said he and his wife are fortunate to have been spared the brunt of the storm in their neighborhood.

“We weren’t exactly in the direct path of the hurricane, but the dirty side of the storm got all of the major rain and that’s where it came from,” he said. “With our home, we happen to be on the highest part of Galveston County, and we received a lot of rain. In our area, we received more than 50 inches so far. In our particular development, it doesn’t flood that much, but all around us it does. Within a half a mile of our house, there are some houses that have been flooded out with up to seven to eight feet of water.”

Unlike thousands of other nearby residents, Lee also said he’s fortunate to still have power at his home.

“In our area, which is a rural development, we still have electricity and all of us are very prepared, but we just can’t get out anywhere,” he said. “Fortunately we have plenty of food and plenty of drinking water. We also have a generator, in case the power goes out.”

On the issue of temporarily relocating before the hurricane made landfall, Lee said he and his wife decided to simply ‘ride the storm out.’

“Public officials always say that unless you’re required to evacuate, it’s best to stay home and stay off the roads and that’s what we did,” he noted. “Of course, I had to go out and look. Today, we didn’t receive that much rain. We got about five inches, and we are pretty well flooded-in. It’s pretty bad down here.”

Chief among his reasons to stay put was what the Lees encountered during another major hurricane more than 10 years ago.

He believes individuals and families would be better off staying at home.

“We did not consider evacuating prior to Hurricane Harvey’s arrival, because of what we learned during Hurricane Rita, in 2005,” he said.

“During the Hurricane Rita evacuation, we got stuck on the freeway, and we had millions of people hitting the freeways going north. We decided that unless it’s a category three hurricane, we are going to just hunker down. That’s what they preach to us down in south Texas, especially for hurricanes. If you are not in a low-lying area, just stay home and shelter in place. Of course, you also want to make sure you have plenty of supplies and provisions.”

As for the conditions in Lake City on Tuesday, Lee said the rains came intermittently throughout the day.

“It’s been raining on and off,” he said. “We went out and saw the water had receded about six inches in the drainage ditch behind our house. We are very fortunate to be part of the subdivision, which is on higher ground. We are approximately 33 feet above sea level, which is about the highest spot in Galveston County.”

Though Lee has been a Texan for close to 20 years, he remains close to his roots in Nevada.

The confirmed death toll for Hurricane Harvey has climbed to at least 31, including six family members, four of which were children, whose bodies were pulled Wednesday from a van that had been swept off a Houston bridge into a bayou.

Houston area media reported more than 1,000 homes in Texas were destroyed and close to 50,000 damaged.

Meanwhile, tens of thousands of displaced individuals and families have fled to shelters in south Texas.