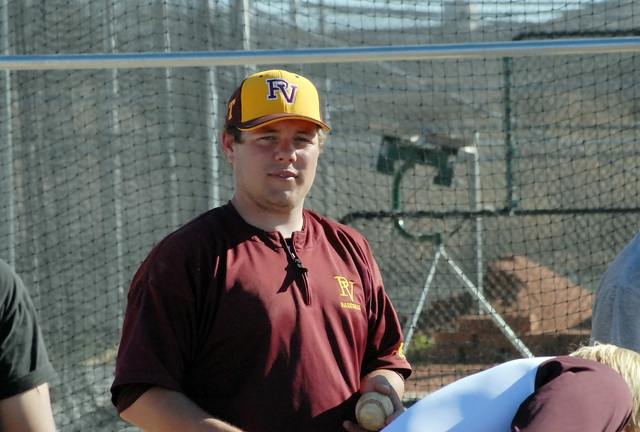 Ethan Wald, 26, was found not guilty on charges ranging from statutory sexual seduction, sexual assault with a child under 14 and lewdness with a minor.

The case dates back to September 2014, when police first launched the investigation to an alleged encounter in 2012, according to court documents.

Wald’s defense attorney, Jonathan K. Nelson, said he and attorney Dan Martinez, were able to establish reasonable doubt in the minds of the jury.

“That was the common theme throughout the trial,” he said. “From the get-go, we recognized it was a kind of a ‘he said-she said’ story. To have that all come back as not guilty on all three counts, made for a very excited courtroom.”

One tactic Nelson and Martinez considered was to have their client take the stand on his own behalf.

“We knew that Ethan wanted to take the stand and have his side of the story told by him,” he said. “Ultimately, the jury got to hear both sides of the stories and they believed Mr. Wald’s version of what happened.”

Wald, a 2007 graduate of the school, served as the junior varsity baseball coach at the time charges were filed.

Both attorneys noted that aside from their client, two other men were arrested on similar charges involving the same 13-year-old minor, who Wald met inside a local bar.

Martinez said no concrete physical evidence existed between Wald and the alleged victim outside a Facebook conversation.

That revelation, along with other statements made by the alleged victim, Nelson said, played a role in initiating the investigation by the Nye County Sheriff’s Office.

“As far as the three separate allegations, the state has an obligation and duty to pursue, when allegations are made,” he said.

Martinez said that the defense did not want to engage in victim-blaming during the trial.

The six-man, six-woman jury took less than two hours deliberating the case which is considered a short deliberation.

“The consensus was not guilty, so there was not much to deliberate on, which I think is the big point,” Nelson said.

Nelson also said it’s uncertain what the future has in store for his client.

“I know that it was in the paper and this is a small town, so I understand that that kind of thing makes front-page news,” he said. “One would hope in this case, a jury of his peers found him not guilty on all three counts. If the public was quick to come to judgment when the charges were initially filed, hopefully the public will be quick to recognize that he is an innocent man and should be treated accordingly.”

Wald said the future is extremely bright with girlfriend, while noting that his closest friends and associates remained 100 percent behind him throughout the ordeal.

“I can’t say anything but nice things about every single one of them because they had my back from the beginning to the end,” he said. “This has shown me not so much how hard the world can be at times, but how great it is also after I’ve gone through that and all of the things I planned to accomplish from this point forward.”

One of those things Wald said he wants to accomplish is getting his coaching career back on track.

“My passion is coaching baseball and I’m really going to try to do that again,” he said. “That was all taken from me. In an odd sort of way, this whole thing made me even stronger.”

Wald thanked his defense team for all of the work they put in to get the acquittal last week.

“I’d like to thank JK Nelson law firm for everything they did and also Coombs and Martinez law firm for the amazing job they also did,” he said. “My mother told me after the verdict was read, she has never cried that hard over excitement and joy, not even when I was born. We made the joke when we walked out of the courtroom that my second birthday was August 23rd.”