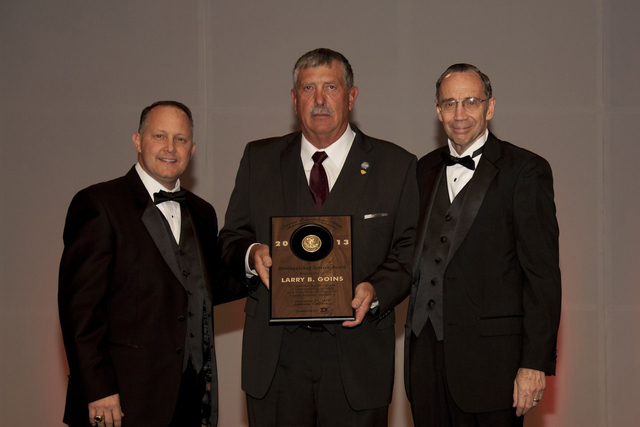 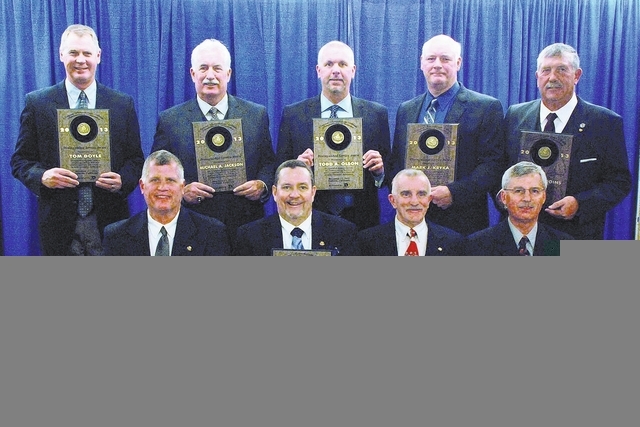 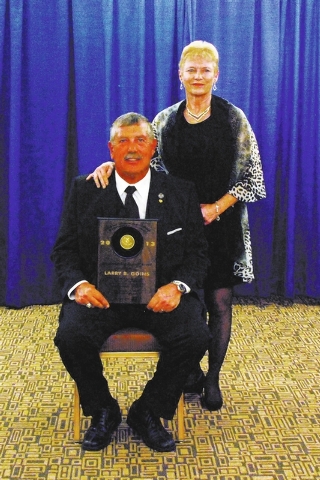 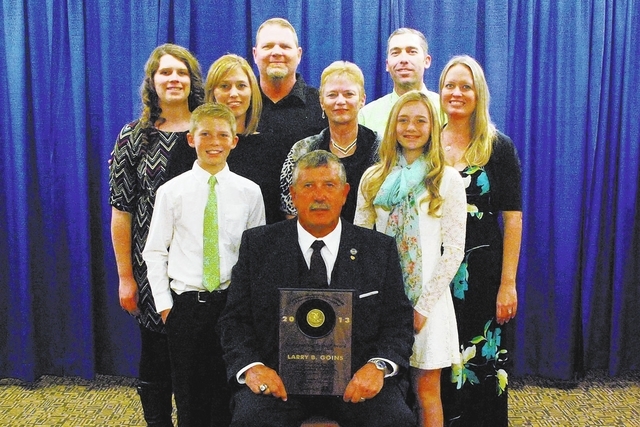 A former Pahrump Valley High School athletic director was honored in December with a distinguished service award from the National Interscholastic Athletic Administrators Association for his service to the Southern Nevada community.

The NIAAA presents chosen individuals each year with the award in recognition of their length of service, special accomplishments and contributions to interscholastic athletics at the local, state and national levels.

Goins, who said he is retiring from his current position next month, said he was overwhelmed by the honor.

“It’s pretty awesome, especially when you look at what everyone else has done. You wonder how did I get in this group,” he said with a laugh. “They were outstanding, every one of them.”

Goins began his career 38 years ago in South Dakota. After graduating from Dakota Wesleyan University, he began teaching and coaching at Leola High School, in Leola, S.D. in 1975.

In 1981 Goins moved to Montana to obtain his master’s degree at Montana State University. Following his graduation, Goins became athletic director for PVHS in 1985.

Goins remained at PVHS for 16 years, during which time he not only served as the school’s athletic director, but as a football coach as well.

In 2001 Goins left PVHS to take over as an athletic director, teacher and coach at Sierra Vista High School in Las Vegas before ultimately taking a position in 2008 at Desert Oasis High School, where he has been to this day.

Goins has directed nearly 100 tournaments for the Nevada Interscholastic Activities Association, in wrestling, golf, basketball, tennis, football and baseball over the years and has received several awards for his athletic direction including the 1992 NADA “AA” Athletic Director of the Year award, the 2006 NADA Award of Merit and the 2006 Sunset Region Men’s Golf Coach of the year award as well.

Although Goins said he knew the state athletic director’s association had nominated him for the national NIAAA award, he said he was still humbled to learn he was being recognized for his distinguished service.

“Our state association has never been real active in nominating people, so we haven’t had many people and we decided to nominate someone a year ago. I was selected and thought well at least we’ll have someone in there, they can’t say we’re not trying. So, yeah, I was a little bit surprised,” he said.

Goins said although he was honored to receive the award, it wouldn’t have been possible without the support of his fellow athletic directors and friends.