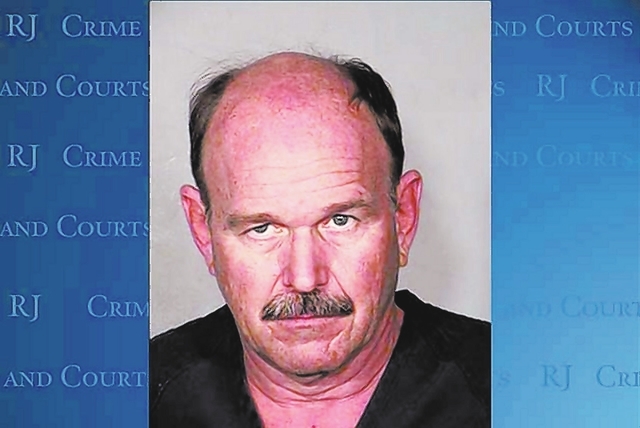 Just hours before her death, former Pahrump resident Karen Hevener was to receive an award from her longtime employer Southern Wine and Spirits in Las Vegas.

The award was to be bestowed for her years of dedication to the company and tireless work ethic.

Instead, Hevener’s life ended in what authorities say was a verbal argument that turned violent resulting in the 56-year-old woman’s death.

The Las Vegas man arrested and charged in the killing on Saturday was also a former Pahrump resident.

According to initial reports Neal Huff, 51, told Las Vegas Metro officers the argument turned into a violent physical confrontation. Hevener was allegedly drowned in the pool behind the couple’s home near Durango and Russell roads.

Huff is the son of Phil Huff, a longtime resident and Pahrump historian.

On Monday, the elder Huff said he and his wife Gloria are still trying to make sense of the events that unfolded.

He is now trying to reach out to the victim’s family to offer support.

“We don’t know her family very well and we don’t know where they are. Her one son was here at our house about three weeks ago. He was moving to Texas and he left some things that belong to Neal here so we could put them in storage. It was just a short visit so we really didn’t have much of a conversation. I know some of the other children and I cannot express my horrible, horrible feeling about what happened to their mother. I would extend my greatest of sympathies to them,” he said.

Huff also said his family would be willing to help the victim’s family with planning and arrangements for the woman’s final resting place.

“I think that they could and would appreciate some help. There has to be some arrangements made for Karen. I don’t believe they have much money and I would be more than willing to help them with that but we don’t know where to go with that. We don’t want them to think that we are ignoring them. They have to be more sorrowful than we are because they are enduring the loss of their mother. What could be worse than losing your mother?” he said.

Huff noted that Hevener was a very smart woman who was extremely dedicated to her career.

“She was a valuable employee at Southern Wine and Spirits and on Saturday night they were having a company party for the employees and she was to receive an award. I know it must have been a real tragedy today when she did not show up for work,” he said.

While initial reports indicated that the couple was married, Huff said they were not.

He also said that he last spoke to his son late last week.

“I’m certain that came from the neighbors who obviously thought they were married because they were living together. This whole thing took place early Saturday morning but I talked to him Friday night and we finished our conversation around 9:30,” he said.

The bereaved father noted that what occurred was completely out of character by the fact that his son actually called 911 after the violent confrontation.

“It turns around to where he is trying to administer to her and calling for help. It was one of those situations that just got out of hand. It’s not as though it was premeditated or that there was any foul intent. If that was the case, he wouldn’t have been trying to help her or calling 911,” the suspect’s father said.

According to a Metro arrest report released Monday, police say the suspect told investigators that the argument began in a bedroom and ended up in the backyard of the residence where authorities say Huff pushed the victim into the swimming pool.

The report went on to say that Hevener grabbed the man as she was falling into the pool and both ended up in the water.

“Huff claimed the fighting continued in the pool and he wrapped his legs around hers and held her head underwater by her hair. When Hevener stopped moving, Huff pulled her from the pool and tried to revive her. When his efforts failed, he felt ashamed at what he had done and tried to take his own life,” the report stated.

Upon arrival, officers discovered a handcuffed Huff with a broken rope around his neck and Hevener’s lifeless body next to the pool.

Detectives also say they found physical evidence at the crime scene that verified the suspect’s statements.

Huff was transported to Spring Valley Hospital where he was examined and released to detectives after doctors determined that he did not sustain any serious injuries.

He now sits in the Clark County Detention Center facing a murder charge.

Meanwhile, his father said he is trying to get as much information as he can from authorities about the case.

“I have an appointment to go to Las Vegas to speak to the homicide detective because he wouldn’t speak to me over the phone because he told me that he didn’t know who the hell I was,” he said.