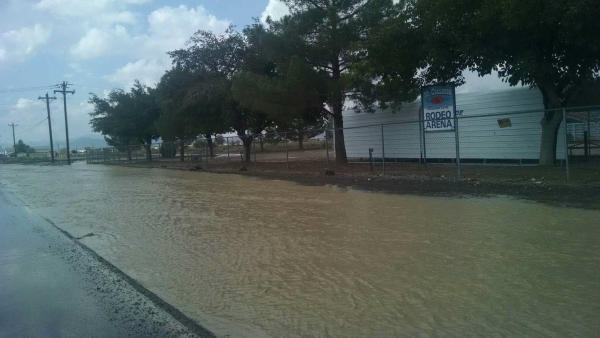 Strong thunderstorms brought heavy rains over the weekend to several areas of Nye County, dropping precipitation amounts that have not been seen in the area in several years.

The fact that it rained for four days straight was unusual for the area, but coupled with the storms from earlier in the month, the rainfall total for the month so far is “very unusual” according to National Weather Service meteorologist Nathan Foster.

October has seen 2.41 inches of rain so far, marking the most rain to ever fall during the month, Foster explained.

“It’s definitely the wettest October on record and we’ve still got 13 days to go until the end of the month,” Foster said. “The second highest total for the month was from 2004 and that was 1.79 inches, and we cleared that easily.”

Systems coming in off the coast are responsible for the above-average rain counts, which Foster said are rarely seen during this time of year.

The precipitation amounts also account for the wettest month in Pahrump since December 2010, when 3.11 inches of rain drenched Pahrump.

Beatty had a weekend rain total of .38 inches, while Amargosa Valley saw .33 inches of rain, according to the National Weather Service.

The area will dry out through the week with highs forecast for the mid-to-upper 70s and lows in the mid 50s with mostly sunny conditions.