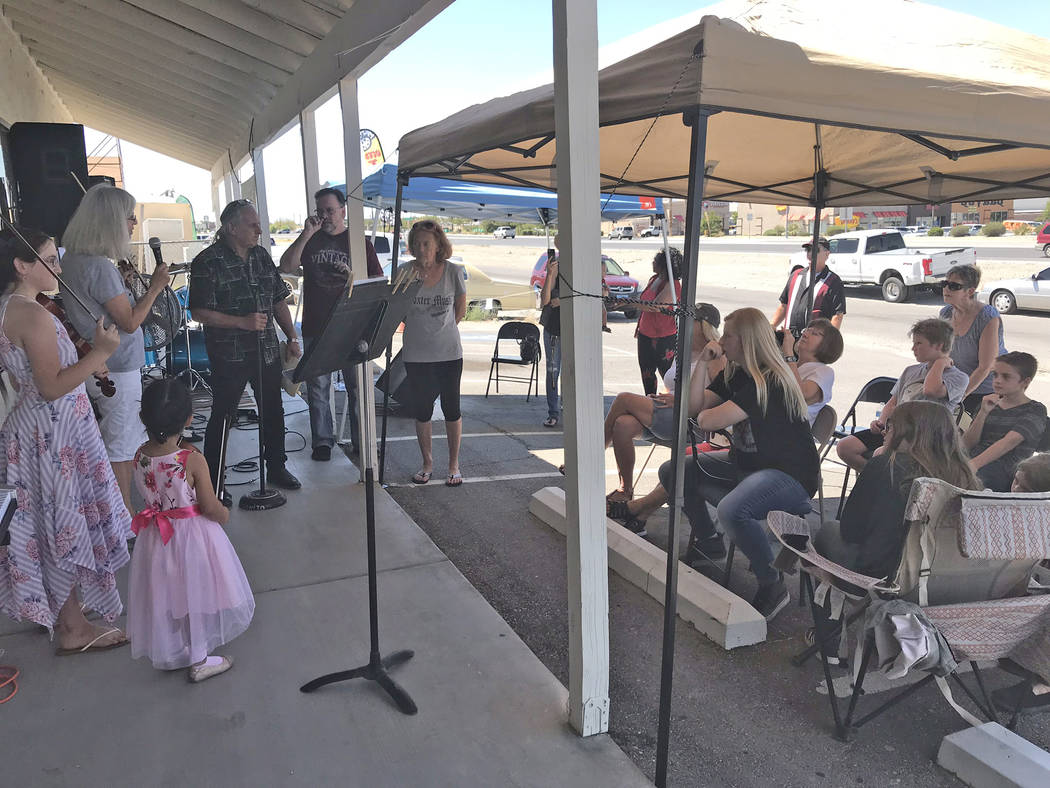 Jeffrey Meehan/Pahrump Valley Times Music instructors at Foxter Music in Pahrump played for a crowd of more than a dozen people on Saturday. The play was part of Foxter's third-year anniversary celebration in Pahrump. 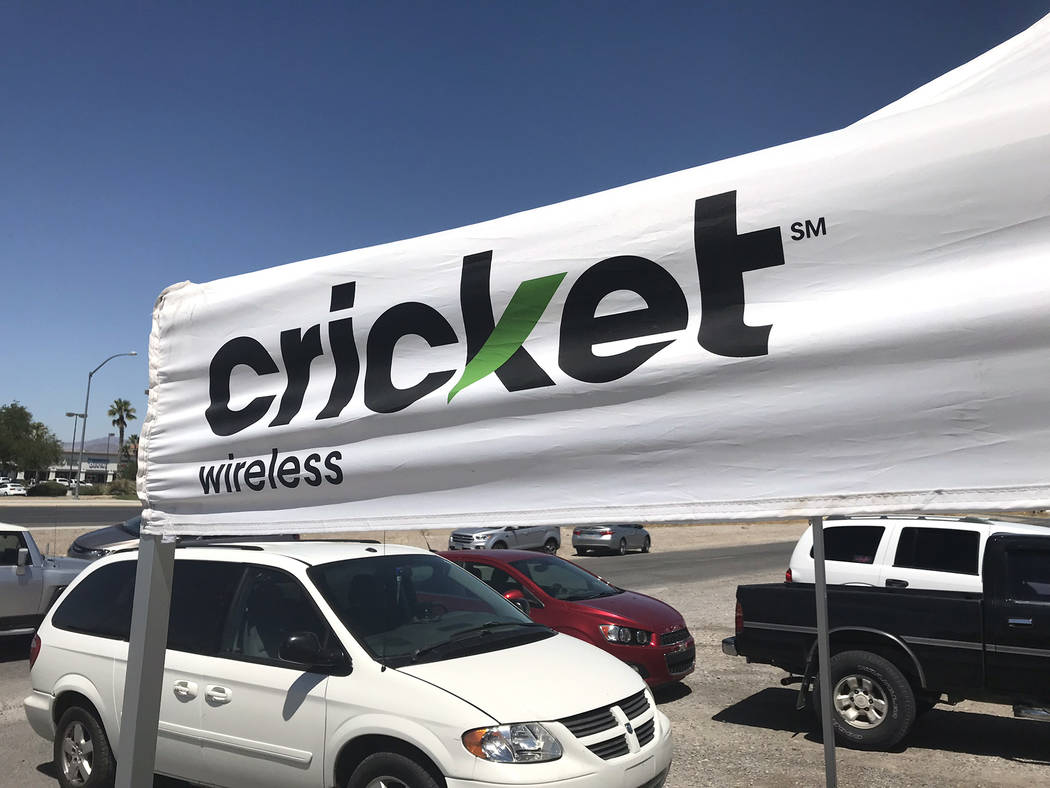 Jeffrey Meehan/Pahrump Valley Times Cricket Wireless on the 100 block of S. Frontage Road joined its neighbor, Foxter Music, as the local music store celebrated its third year in Pahrump on Saturday. Cricket had a barbecue, snow cones and had other offerings while Foxter serenaded several people with music from students and owner Gary Fox. 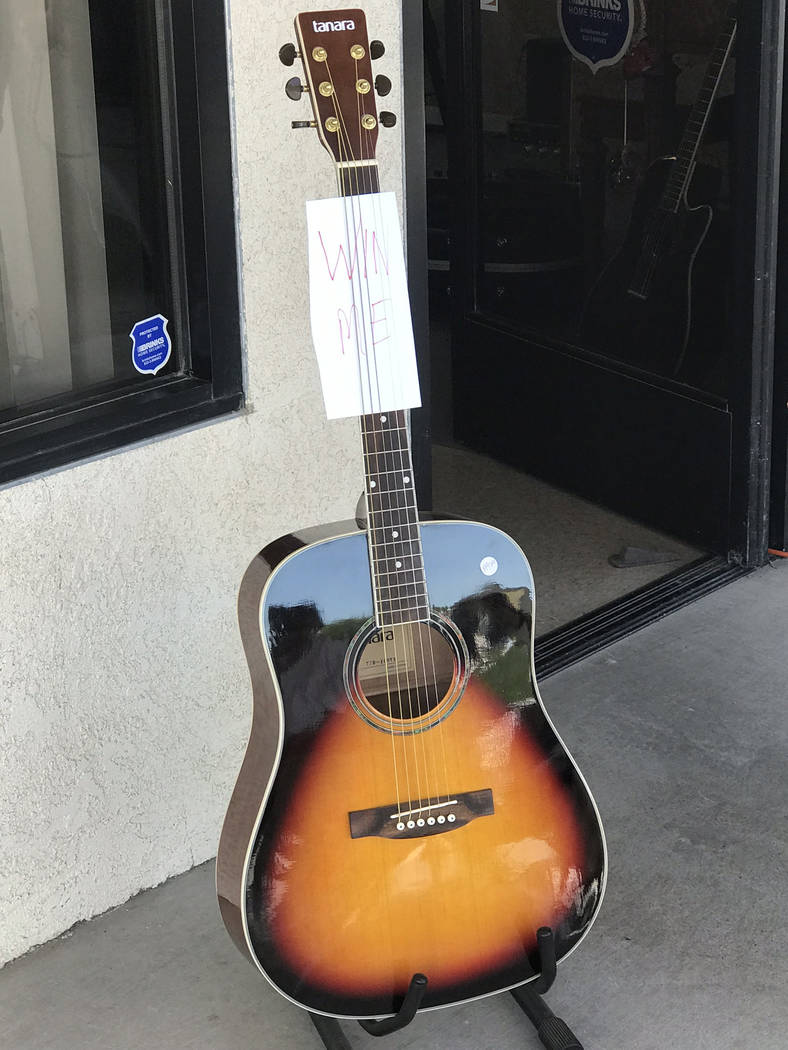 Jeffrey Meehan/Pahrump Valley Times Foxter Music raffled off an acoustic guitar in celebration of its third year in business in the Pahrump area on Saturday. The event included live entertainment, a barbecue and snow cones, along with refreshments through its co-host and neighboring store, Cricket Wireless. 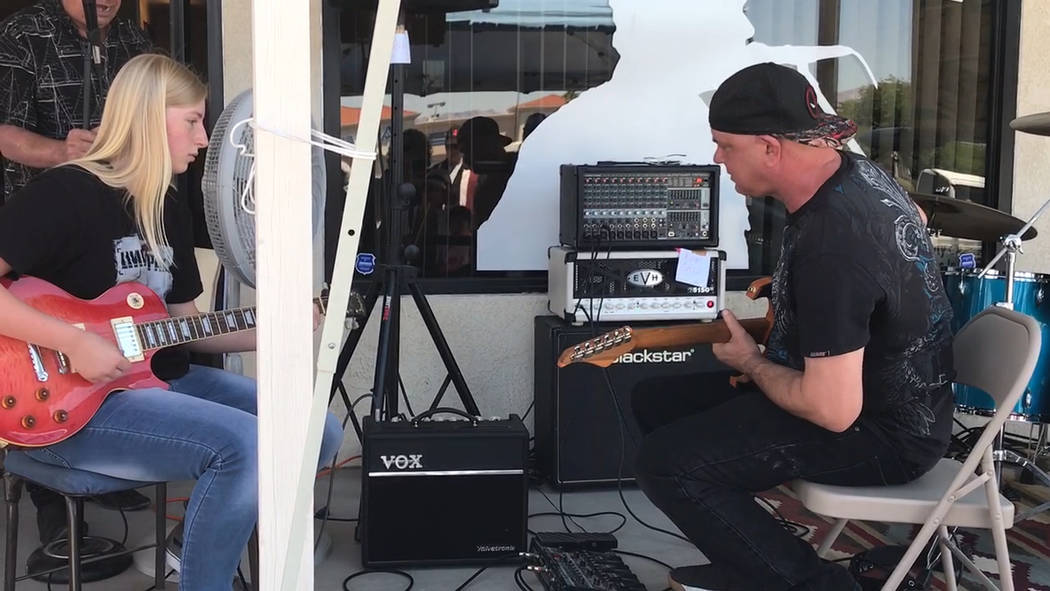 Jeffrey Meehan/Pahrump Valley Times Gary Fox (right), owner of Foxter Music in Pahrump, plays guitar with a student he gives private lessons to. Fox held a three-year anniversary celebration on Saturday that included music and singing by instructors and students at Foxter.

A music store based in Pahrump entertained locals and visitors to the area as the owner celebrated three years in business.

“We did it together,” said Amanda Higginbotham, an employee at Cricket Wireless in Pahrump. We were having an event today, too, so we just decided to do it all as one.”

Cricket offered attendees a free barbecue, including hamburgers, hot dogs and snow cones. The store was also offering discount activation and accessories during the four-hour-long event on Saturday.

The venue included live entertainment by the students and teachers at Foxter Music. In the early hours of the event, more than a dozen attendees, under cover of two tents, lined the seats in front of Foxter’s shop.

Fox also played with his guitar students during the event.

According to Fox, he and his other bandmates in Pop Aggression are in the process of recording an album.

Fox also has another band, Incognito, which has performed in several Pahrump venues.

Fox raffled off an acoustic guitar during the event. Foxter carries guitars starting at $149, amps and other accessories.

The store also offers lessons in guitar, keyboard and violin, along with other instruments.

Fox, a thirty-year veteran in the music industry, opened Foxter Music in August 2016. He has given live performances in Pahrump, Las Vegas and other parts of the country.