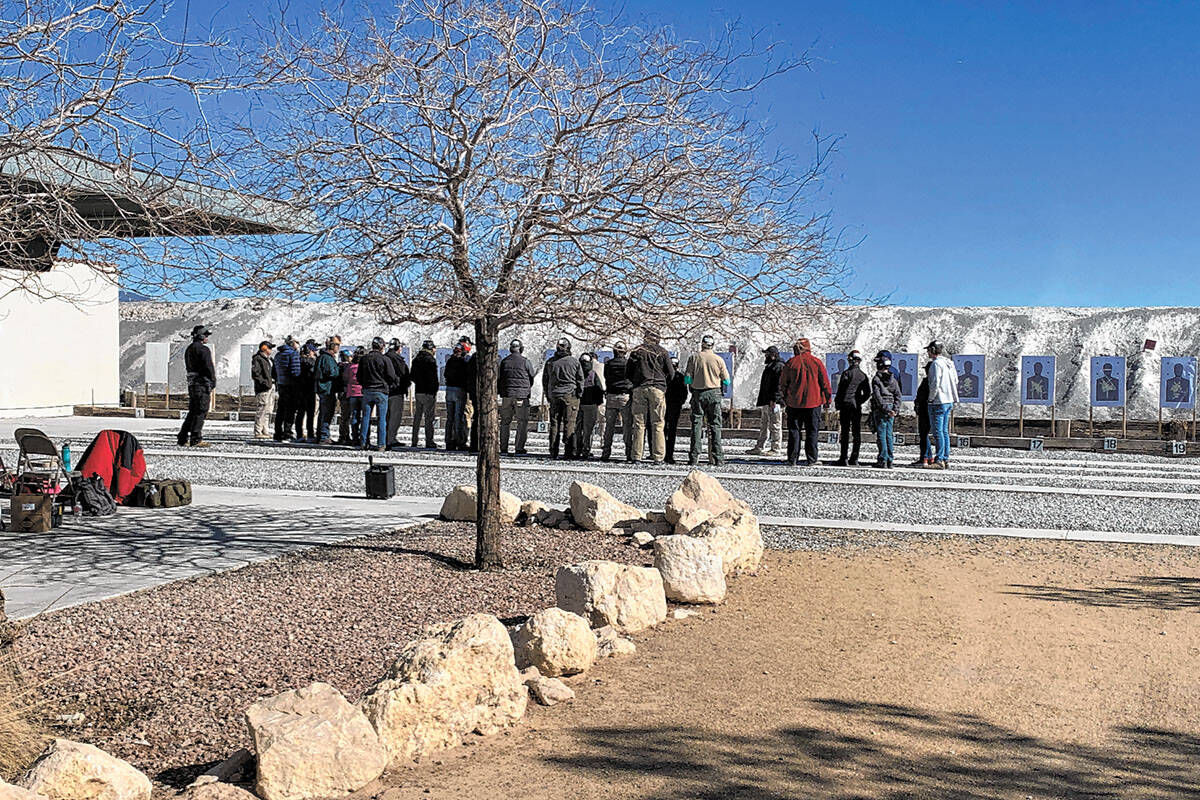 Students participate in firearms training Tuesday, Jan. 25 at Front Sight Firearms Training Institute. The owner of the mega-firearms facility near Pahrump announced on Jan. 22, 2022 that he would restructure following a lawsuit that’s left the business financially strapped. On Jan. 27 Piazza announced he has dropped controversial plans to abolish longtime memberships and impose new fees at the facility. It comes amid a multi-million dollar expansion of the 550-acre facility that's set to include a hotel, food court, retail shops and more. (Brent Schanding/Pahrump Valley Times)

The owner of a mega-firearms training center near Pahrump that imposed sudden sweeping changes to memberships last month as part of a major restructuring plan, says he’ll forgo those changes – for now – following criticism and outcries from the gun community.

Instead, the business which claims 250,000 members at ranges across the U.S. and is purported to be the largest of its kind, will continue to largely operate as it had for decades, while the owner gains more “input and consensus” from members.

In a letter to members on Thursday, Jan. 27, Front Sight Firearms Training Institute owner Ignatius Piazza walked back plans to abolish long-standing memberships and perks at the range. The business also won’t be imposing any new fees to help cover operational costs, he said.

Late last month, Piazza shocked members of the facility when he announced that a lawsuit had left Front Sight financially strapped amid a multi-million dollar expansion of the 550-acre facility south of Pahrump, that’s set to include a hotel, food court, retail shops and more.

Piazza claims an entrepreneur who had been enlisted to raise funds for the facility’s expansion proved to be a “con man” who instead diverted construction funds for his own personal use.

“He represented that he was one of us, a pro-gun patriot who wanted to assist Front Sight in positively changing the image of gun ownership in our lifetimes by helping us complete the resort with low-interest money he would source from his vast pool of overseas investors,” Piazza said last month. “He promised he would raise all the funds needed to complete the resort and do it quickly if we covered all the administrative costs and some initial marketing costs.”

But the man failed to deliver on those promises, Piazza said.

In response, Piazza announced on Jan. 22 that Front Sight would impose new $50 monthly maintenance fees and additional $25 daily fees to support its staff. Monies paid upfront for memberships would be redistributed to help keep the facility operating.

Members of the facility widely criticized Piazza’s plan and immediately formed an action group on social media to rail against it.

The “Front Sight Lawsuit” group on Facebook had surpassed 2,500 members by Tuesday, with many saying they would file a class-action lawsuit against the gun business for breach of contract.