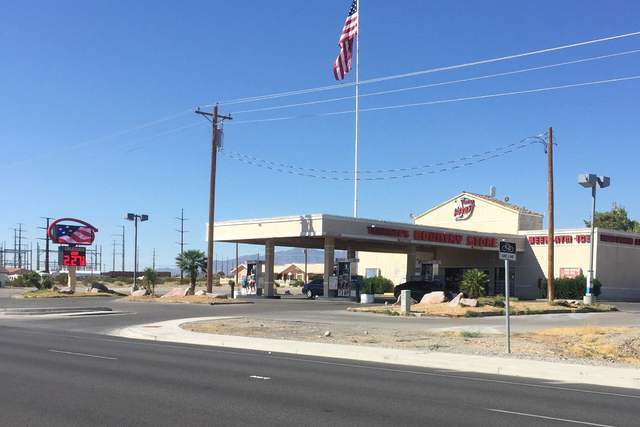 Gas prices in town decreased slightly over last week, despite the average price rising statewide. The lowest advertised cash price in Pahrump is down four cents from last week’, and 52 cents from last year, according to GasBuddy.com. Mick Akers/Pahrump Valley Times

The lowest advertised cash price in Pahrump was $2.25 a gallon as of Tuesday afternoon, down four cents from last weeks price of $2.29 per gallon, according to GasBuddy.com.

This is in contrast to the statewide average price in Nevada rising 1.3 cents per gallon over last week, coming in at $2.56 per gallon. The Las Vegas metropolitan area saw its average price of gas go up 1.6 cents in the last week, jumping to $2.52 as of Tuesday.

Additionally, the price in town for gas is far less than it was this time a year ago, as the lowest cash price this week in 2015 was $2.77 per gallon, representing a 19-percent decrease.

Nationally, the outlook on gas also was also positive, as prices were the lowest in over a decade for the busy summer holiday travel season.

Any way you slice it, this summer has featured the cheapest Memorial Day, July 4 and perhaps Labor Day in the last eleven years, and motorists have been responding by hitting the roads in record numbers, according to a GasBuddy study before the summer driving season began, said Patrick DeHaan, senior petroleum analyst for GasBuddy.

Experts warn, despite the low prices now, with hurricane season in its early stages, the chances of a price surge at the pumps is a possibility, as one major storm can send prices upward.

While prices have come down, we now head to the time of year when hurricane season enters the picture. In the last couple of years we have seen minimal to no disruption as hurricane season largely went by with no major storms that hit land, DeHaan said. Should we see a major hurricane enter the Gulf, gas prices may react. For the week ahead, expect much of the country to see prices continue to trickle lower.