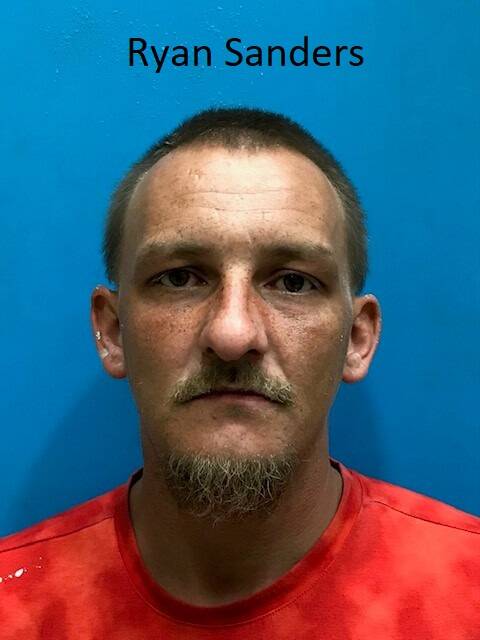 Nye County Detention Center Ryan Sanders, 37, of Pahrump is accused of kidnapping and trying to murder an elderly Pahrump woman.

Fugitive Ryan Sanders, 37, of Pahrump, who fled from authorities following the kidnapping and brutal attack of a Pahrump woman last week, has been taken into custody after Nye County Sheriff’s Office deputies and assisting agencies found him hiding in a travel-trailer.

Capt. David Boruchowitz said deputies initially believed he may have been staying in the attic of a residence on Oakridge Street. When detectives searched the property, they said they identified items that could have belonged to Sanders and heard noises that indicated that someone might have been inside the upper space of the home.

Nye County detectives and SWAT team members, along with the Nevada State Police and the U.S. Marshals, including investigators from the district attorney’s off and parole and probation responded to the scene. They were assisted by Pahrump Valley Fire and Rescue Services.

“Initially, a robot was utilized to search the residence,” Boruchowitz said. “[Tear gas] was deployed into the attic as a precaution. During the search they did not discover Sanders, however, numerous items belonging to the victim in this case were located in the attic of the residence. The operation was concluded and personnel other than detectives returned to normal operations.”

Eventually, a tip was received that Sanders was staying with a female identified as Pahrump resident Jennifer Lamar, 55, at 810 East Elderberry St.

As a result, at approximately 9:45 p.m. on Wednesday, Nov. 30, sheriff’s office deputies and detectives, alongside U.S. Marshals’ Service personnel, responded to address to search for Sanders.

Upon arriving at the location, they were able to locate Sanders hiding in a travel-trailer on the property.

The trailer, according to the sheriff’s offic,e belonged to Lamar, who was within the residence.

“Lamar was arrested on felony failure to appear warrant and was booked into the Nye Detention Center,” Boruchowitz said. “She will be booked for harboring Sanders at her residence. Sanders’ teenage son was located with him and was OK and was turned over to the Division of Child and Family Services.”