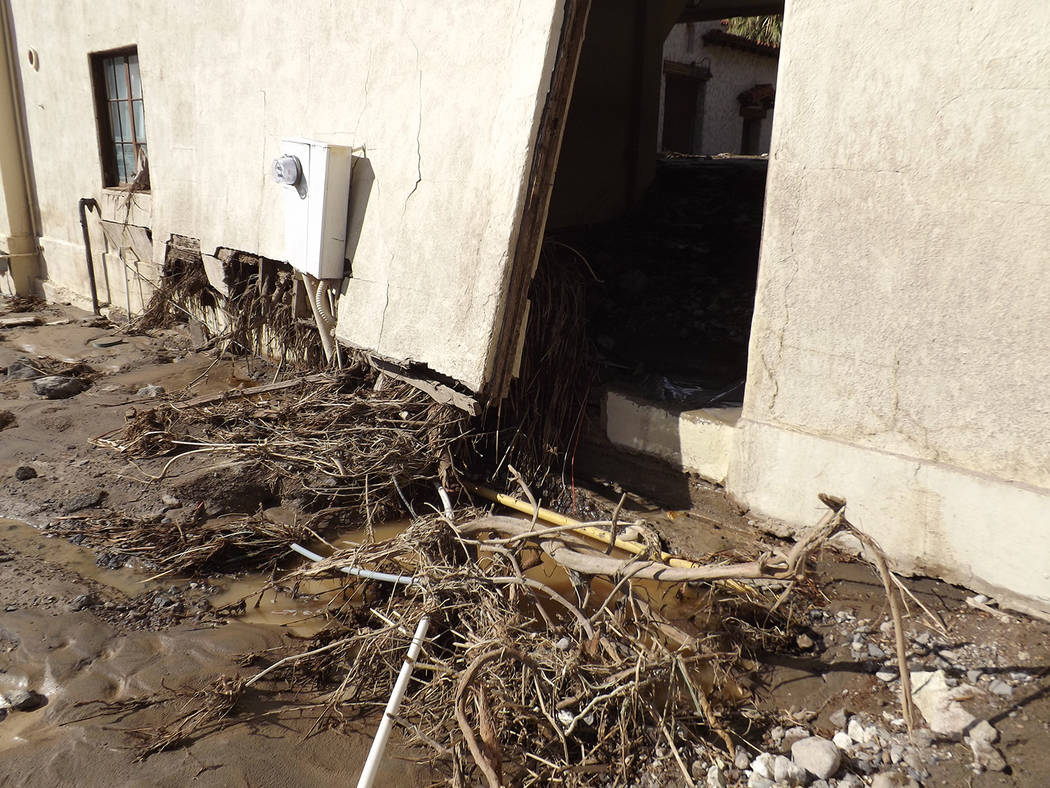 National Park Service A flash flood on October 18, 2015 severely damaged the road, utilities, and historic buildings at Scotty’s Castle. The park service has temporarily closed the area to public access until repairs are substantially complete, likely in 2020. 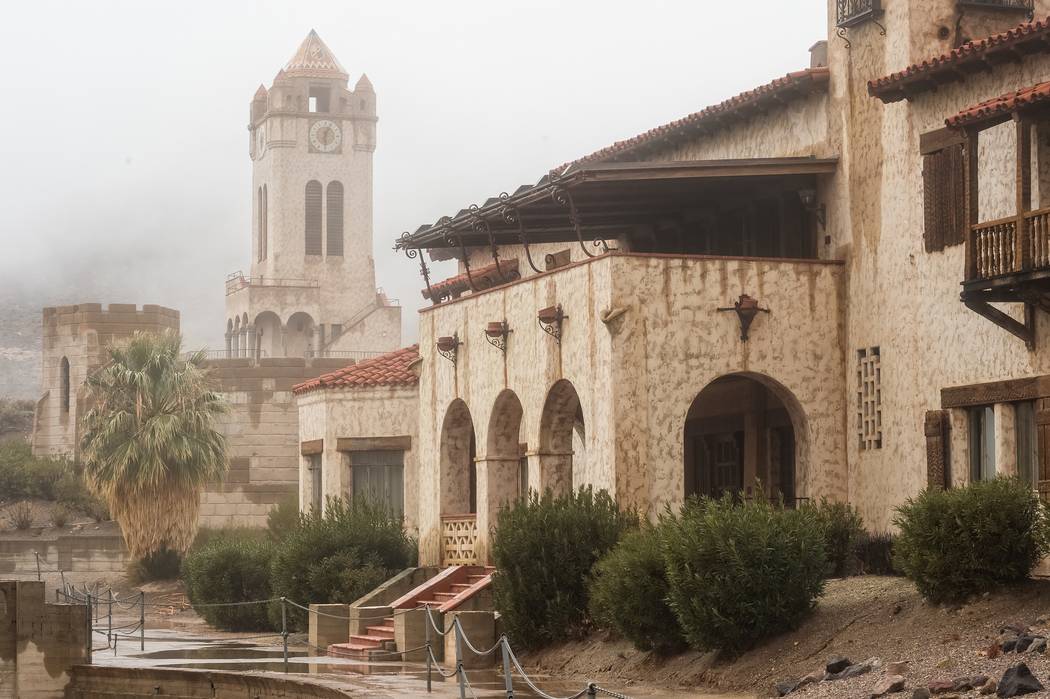 Special to the Pahrump Valley Times Scotty's Castle, a renowned landmark, was damaged by severe flood that occurred on Oct. 18, 2015. The park service has temporarily closed the area to public access until repairs are substantially complete, likely in 2020.

DEATH VALLEY — The National Park Service has received funding and permits to move ahead with several major projects to repair Scotty’s Castle.

A flash flood on Oct. 18, 2015 severely damaged the road, utilities, and historic buildings at Scotty’s Castle. The park service has temporarily closed the area to public access until repairs are substantially complete, likely in 2020.

“People ask why it’s taking so long,” said Abby Wines, management assistant for Death Valley National Park. “I don’t think they understand how much damage happened in the flood. We had many decisions to make about how to do the repairs. Scotty’s Castle is such a special historic place. It’s better to do this right than to do this fast.”

At that point, the park incorporated the preferred designs into documents called environmental assessments that were available for review by the public, the State Historic Preservation Office and others. This consultation is required by the National Environmental Policy Act.

While announcing funding for several national parks, Secretary of the Interior Ryan Zinke said: “The president is a builder, he loves to build and he loves our National Parks, so it is a natural fit that the administration is dedicating so much attention to rebuilding our aging parks infrastructure. These approved projects are more than just line items on an Excel spreadsheet. They have a tangible effect on a person’s experience when visiting our nation’s parks.”

However, the Visitor Center project highlights why flood repairs are not as straightforward as they might sound, the park service said.

The National Park Service proposes to widen a historic opening from three feet to 14 feet wide. This will allow future flooding to pass through the L-shaped building without backing up into the interior of the historic building.

However, it would involve a significant change in the appearance of the historic building. The California State Historic Preservation Office has not issued a final determination yet.