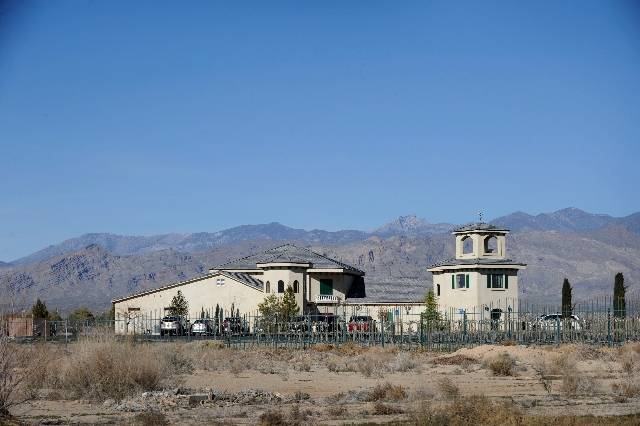 Special to the Pahrump Valley Times Delores Joyner has organized a fundraiser on Sunday, May 19, at Sanders Family Winery from 2 to 5 p.m.

There’s a new agency in town focusing on the needs of those who are blind or visually impaired.

The organization, according to co-founder Delores Joyner, is known as R.E.A.D, and stands for Recreation, Education, Activities, and Skill Development.

Joyner, 80, who has been legally blind for roughly 14 years, has organized a fundraiser on Sunday, May 19, at Sanders Family Winery from 2 to 5 p.m.

The winery is located at 3687 Kellogg Road.

Joyner also said Pahrump residents who are visually impaired, or blind, rarely participate in activities due to their condition, which is why she and Moore founded the organization last year.

“There are so many things the blind and visually impaired can do,” she said. “Many people who are blind don’t really want to do anything, and most are scared to go outside so they just sit around the house. We want to let them know that life doesn’t end with blindness. We want to help them to be able to get around and become more independent in order to lead a normal and fulfilling life. Our main thing is to try to bring something to Pahrump, but right now we are really struggling trying to get it all together.”

Entertainment, Joyner said will be the order of the day during Sunday’s “There is Music in the Air” fundraiser.

“You don’t have to be blind to enjoy and listen to music,” she said. “I did find a local band here in town called ‘No Pressure,’ and we also have a vocalist named Rita Jones. Right now that’s all I’ve been able to muster up for the entertainment, but we would love to have a few more performers and entertainers to come out and perform. There is also a blind band from Las Vegas called ‘Broken Spectacles.’ I called them to see if they wanted to perform but it would cost us too much to bring them out here. We will have light finger foods, a raffle, and some door prizes. Of course, all of the money will go toward the R.E.A.D organization.”

Tickets for the fundraiser are $15 in advance or $20 at the door.