Richard Stephens/Special to the Pahrump Valley Times Carl Brechtel, CEO of Corvus Gold, said that it is the smallest of the companies working in the area. 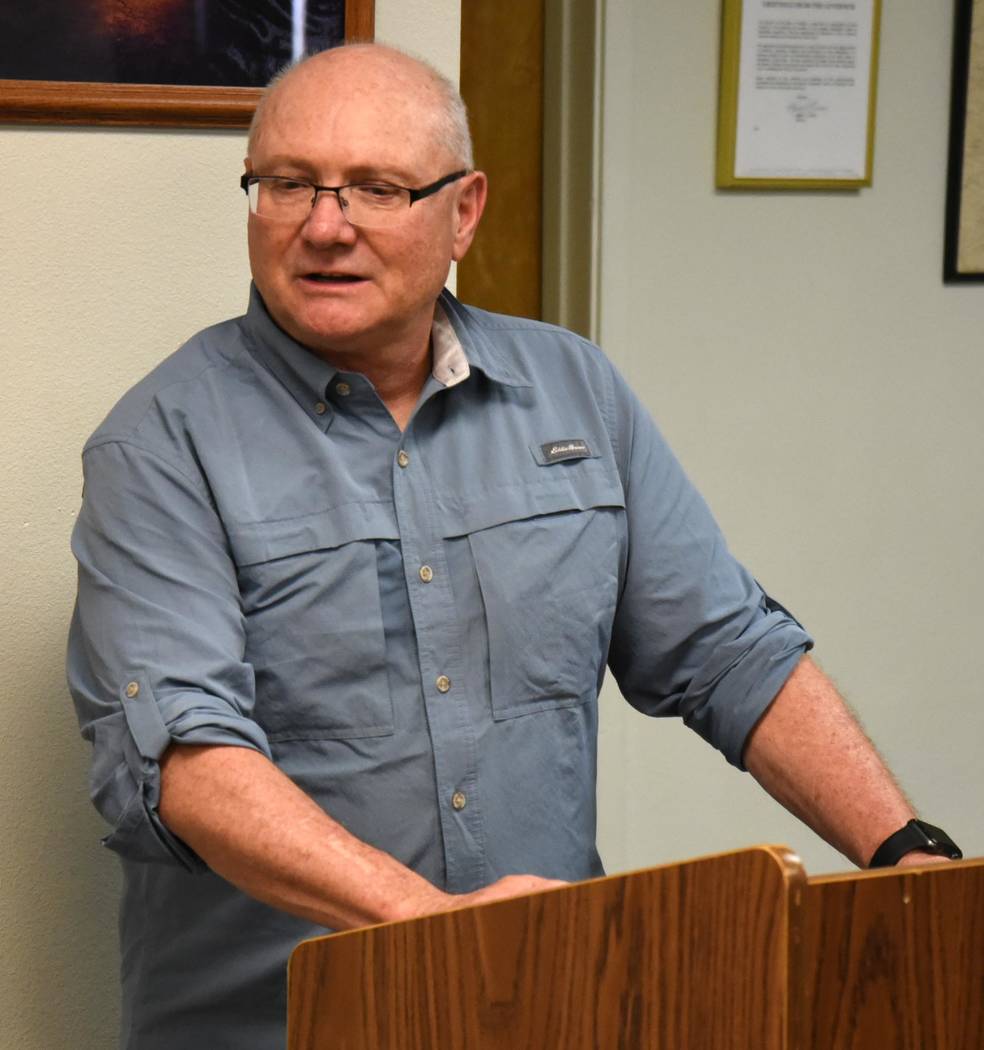 Richard Stephens/Special to the Pahrump Valley Times Carl Brechtel, CEO of Corvus Gold, is shown during his presentation to the Beatty Town Advisory Board during its June 10 meeting. 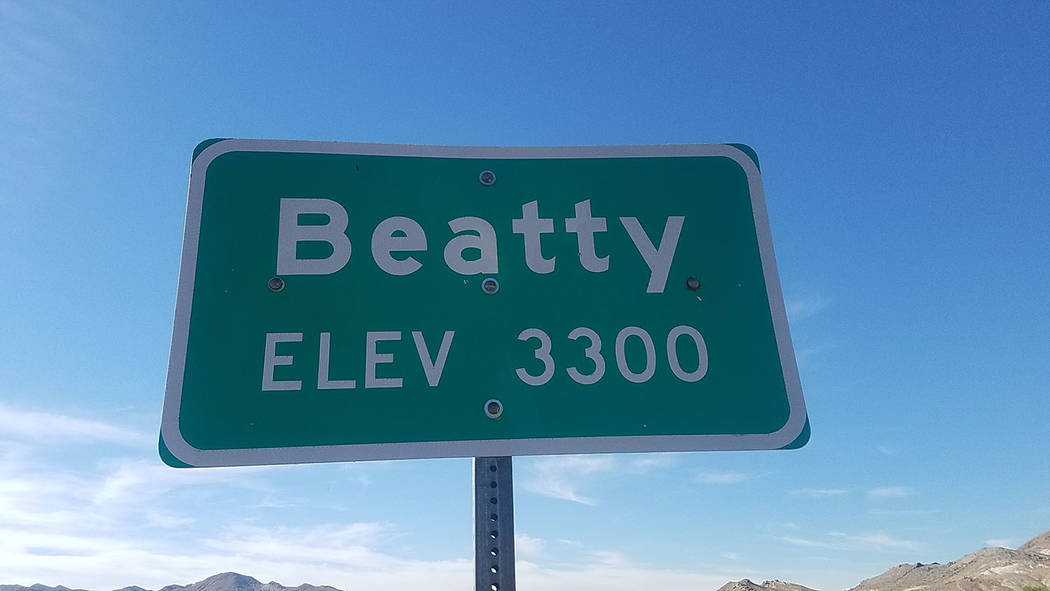 Carl Brechtel, CEO of Corvus Gold, gave the Beatty Town Advisory board a progress report at its June 10 meeting.

Corvus is one of three companies actively doing gold exploration in the Beatty area, spending millions of dollars each year finding and characterizing deposits of the precious metal. It spent over $4 million per year in the last two years alone.

Corvus controls land in the Bullfrog district as well as the Mother Lode area. They also have acquired water rights for the water that would be required for processing the ore. This involves changing water rights in Sarcobatus flat from agricultural to mining use and moving the point of extraction.

Most of the gold deposits they have so far discovered are of a grade that would be processed by leach heap, but ore from a high-grade vein near the old Yellow Jacket mine would require milling.

Brechtel said that it is the smallest of the companies working in the area. He foresees a good chance that one of the other companies will eventually purchase their holdings.

“Our game plan is to sell to a legitimate producer,” he said.

“Nevada is a go-to mining location in the U.S.,” Brechtel said. “It produces 83% of the gold produced in the United States.

Other town board business

The first action item in the meeting was approval of the Nye County Sheriff’s Office plan for spending Beatty’s portion of the Public Safety Sales Tax money. The board did approve the plan, but only after Lt. David Boruchowitz got quite a grilling from board treasurer Erika Gerling.

Gerling mostly pressed Boruchowitz on things that money had been set aside for on the past, but that had not been completed. Boruchowitz said that he was equally frustrated, but progress had been slow because these items required action by other agencies, such as County Building and Grounds.

Gerling also questioned use of the money to purchase new laptops to replace inadequate ones and to do double duty as ticket writers. She said that the law dictates that the money be used for new items, not replacements.

Boruchowitz explained that it could be used for these items if they constituted not simply replacements but an upgrade.

The approved spending plan also included $375 for annual maintenance of the fingerprinting machine at the Beatty Substation.

The board also agreed to pay 50%, up to $2,500 for repair on the cement front steps of the Beatty Community Library.

Library Board Chairman Ryan Tweney explained that tree roots had caused the steps, which were well constructed initially, to become uneven and tilted. The repair will take care of those problems and also add a handrail.

Tweney also told the board that the library is going to begin setting up small free libraries around town. These will have signs on them saying, “Need a book? Take a book? Have a book? Leave a book.”