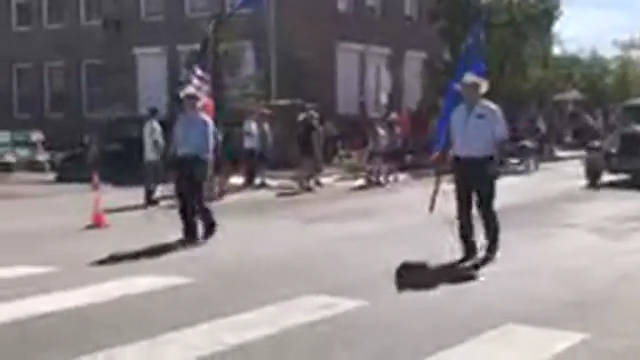 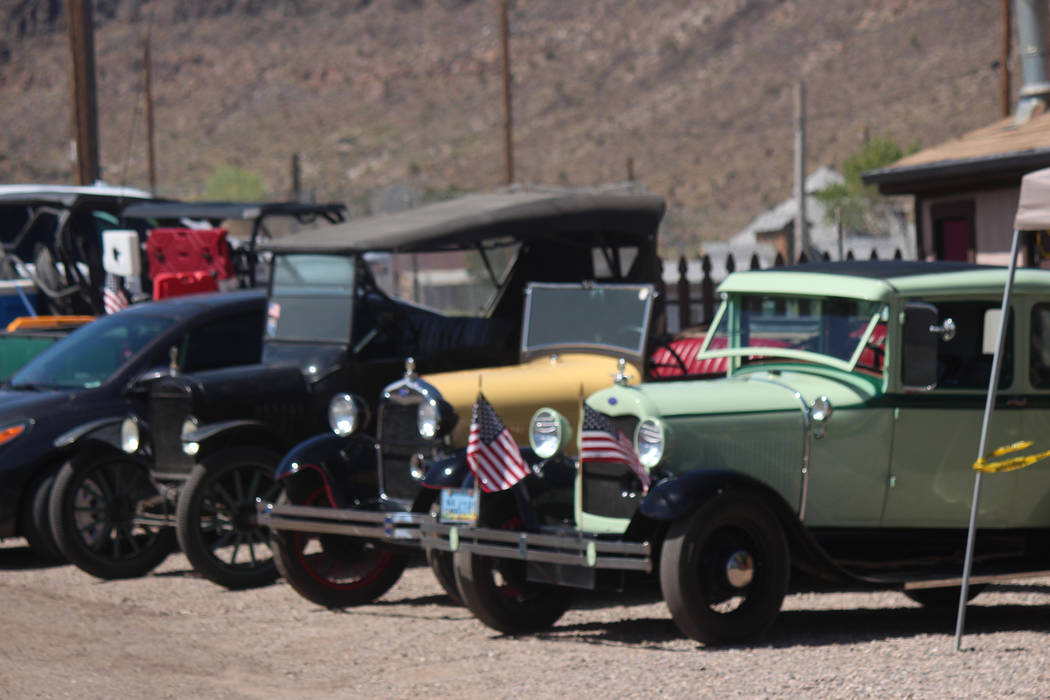 Jeffrey Meehan/Times-Bonanza and Goldfield News The 19th annual Goldfield Days event included a car show. A line of classic and antique cars were on display during the three-day event. 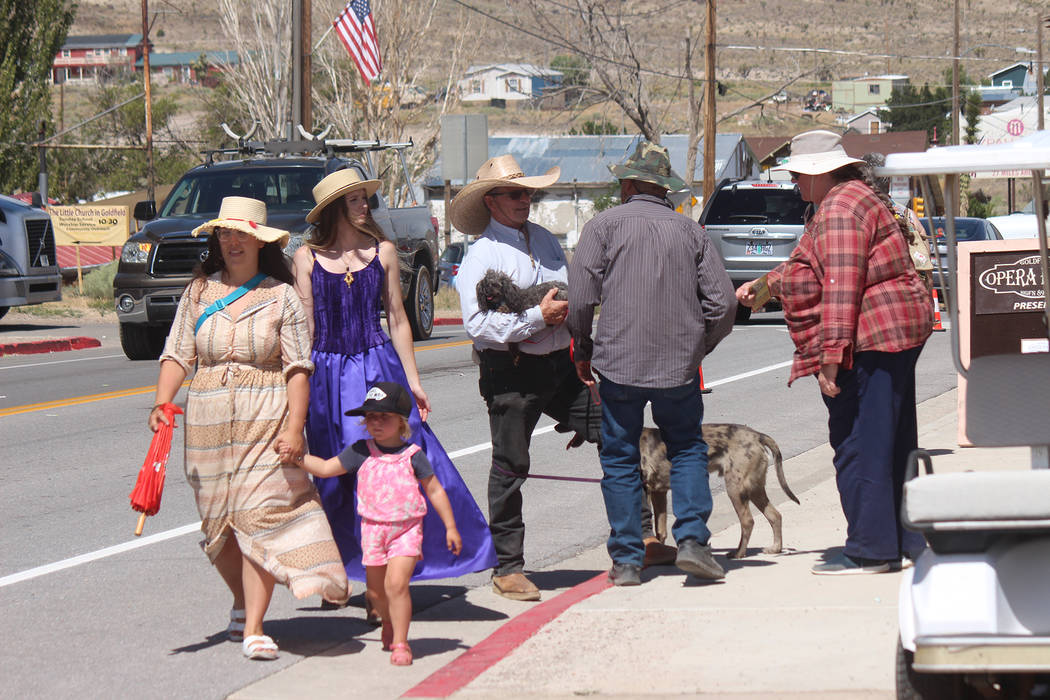 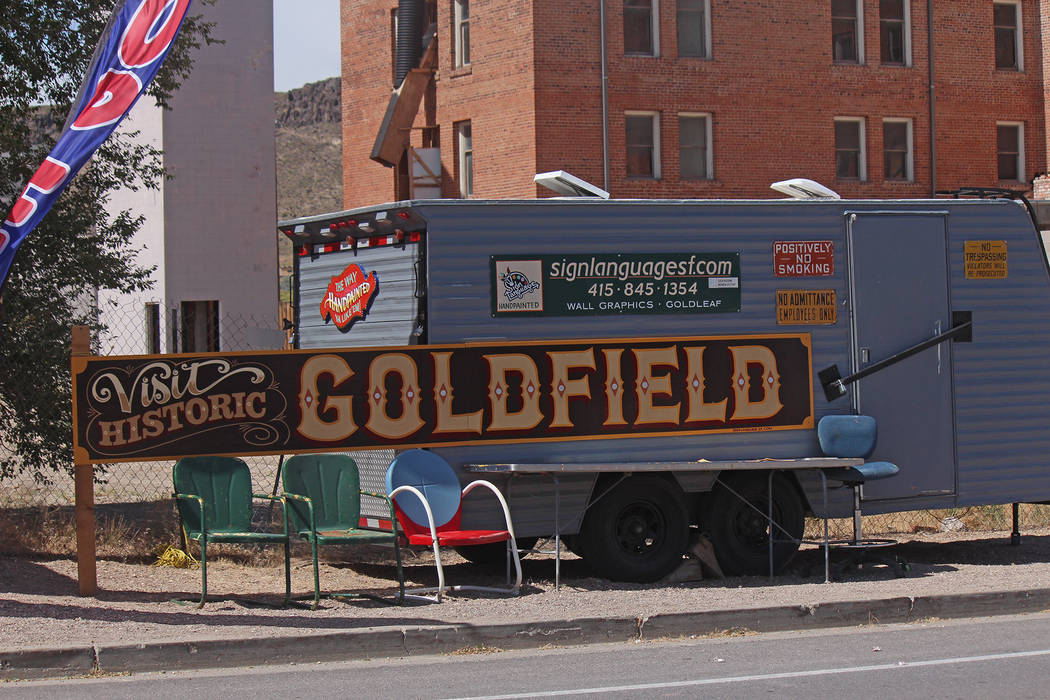 Jeffrey Meehan/Times-Bonanza and Goldfield News The 19th annual Goldfield Days occurred Aug. 2-4. People lined up along several parts of Goldfield's main drag to catch the parade on Saturday, Aug. 3 and stop by for other offerings. 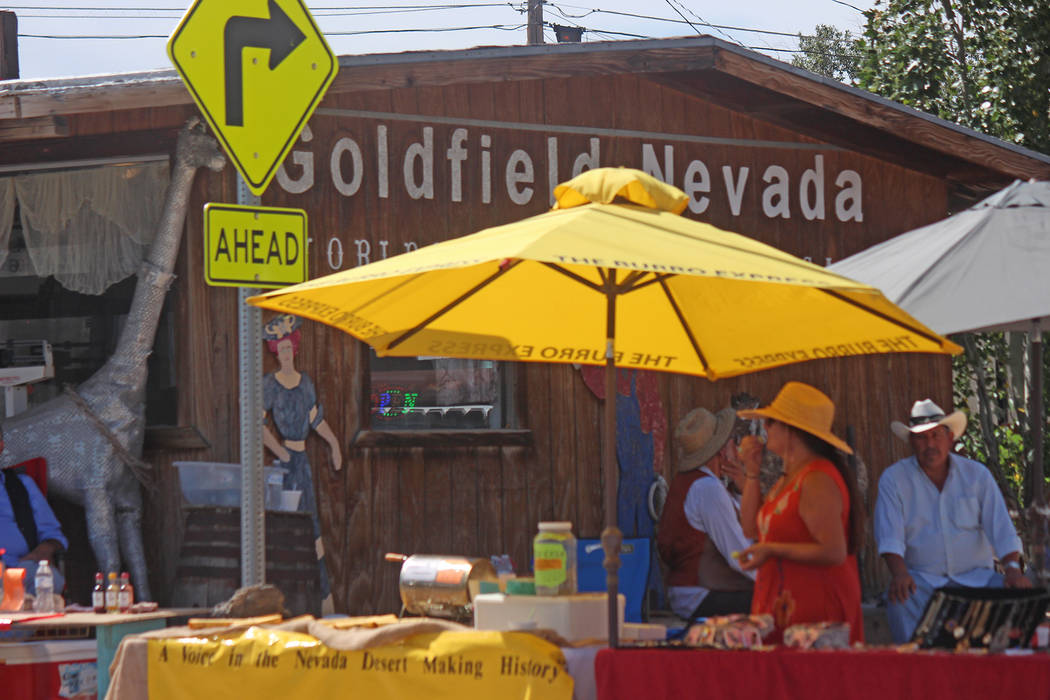 Jeffrey Meehan/Times-Bonanza and Goldfield News Vendors set up throughout the town of Goldfield during the town's annual event: Goldfield Days. The 19th year of the event occurred Aug. 2-4.

Goldfield Days rolled through Esmeralda County in early August with hundreds of festival-goers stopping by the historic town.

The 19th annual Goldfield Days swept through Aug. 2-4 and encompassed numerous events and brought with it food, fun and entertainment.

Peggy Carrasco, president of the Goldfield Chamber of Commerce, said she was expecting a lot of people on Friday, Aug. 2, in the early hours of Goldfield Days.

Most of the events occurred on Saturday with a parade, land auction and other offerings.

People lined the streets on Saturday morning to catch the parade, but colorful characters could be seen all over town that morning as well. Men and women were dressed in clothing from the Old West era for show, with others dressing up for the parade on Saturday, Aug. 3 in similar fashion.

Attendees were also able to enjoy street dancing, a pet parade, antiques, crafts, food, a beer garden, a car show and other events during the three-day festival.

Several large prizes were raffled off during the event: a mountain bike, hotel stays, a one-ounce gold bar and other items. Raffle tickets were $1 to enter.

The land auction was held on Saturday, Aug. 3 and had more than 20 properties and mining claims available. The auction pulled in more than $111,000 during the event.

Following the land auction, the Esmeralda County Sheriff’s Office auctioned off several vehicles and other items. That auction brought in more than $10,000.

Watch for upcoming further coverage of Goldfield Days in future editions of the Times-Bonanza &Goldfield News.