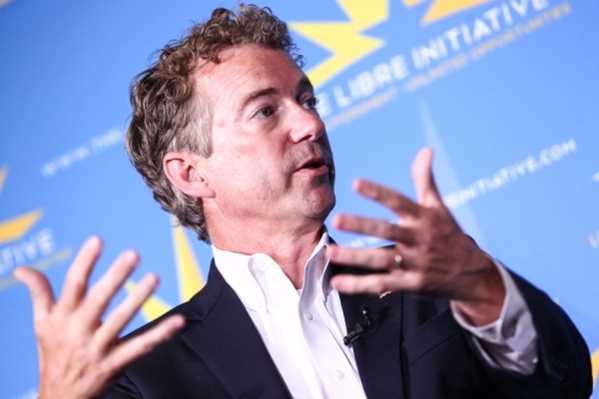 GOP presidential candidate Rand Paul, will make a Pahrump stop as part of his campaign schedule next week.

The U.S. senator from Kentucky will be at the Bob Ruud Community Center on Tuesday, Oct. 27 at 8:30 a.m. The event is free and open to the public.

After giving a speech, Paul will take pictures with supporters, officials said.

“This is an opportunity for the Pahrump community to get involved and be informed for the 2016 presidential election. We look forward to working with our Republican candidates, make the stop in town, meet, greet, and connect with the voters in the valley,” said Leo Blundo, vice chairman of the Nye County Republican Central Committee.

Dave Ramirez, the Nevada state director for Paul released a statement ahead of the event.

“Sen. Rand Paul is excited to visit Pahrump the day before the debate (in Boulder, Colorado). Sen. Paul recognizes Nye County as the tip of the spear for the Republican Party and the liberty movement in Nevada. We’re looking forward to folks coming out to hear the senator’s plans to defeat the ‘Washington Machine.'”

Pahrump residents will have an opportunity to hear about Paul’s plans to reform our tax code, implement term limits on career politicians, balance our budget, and to defeat the Washington Machine, Ramirez said.

According to Huffington Post polls, Paul currently has a 3.2 percent support. He stands ahead of New Jersey Governor Chris Christie with 2.6 percent and behind former Arkansas Governor Mike Huckabee with 3.7 percent.

Rand will also stop in Las Vegas on Oct. 26 to celebrate the opening of the Rand Paul Las Vegas office located at 1110 Palms Airport Drive.