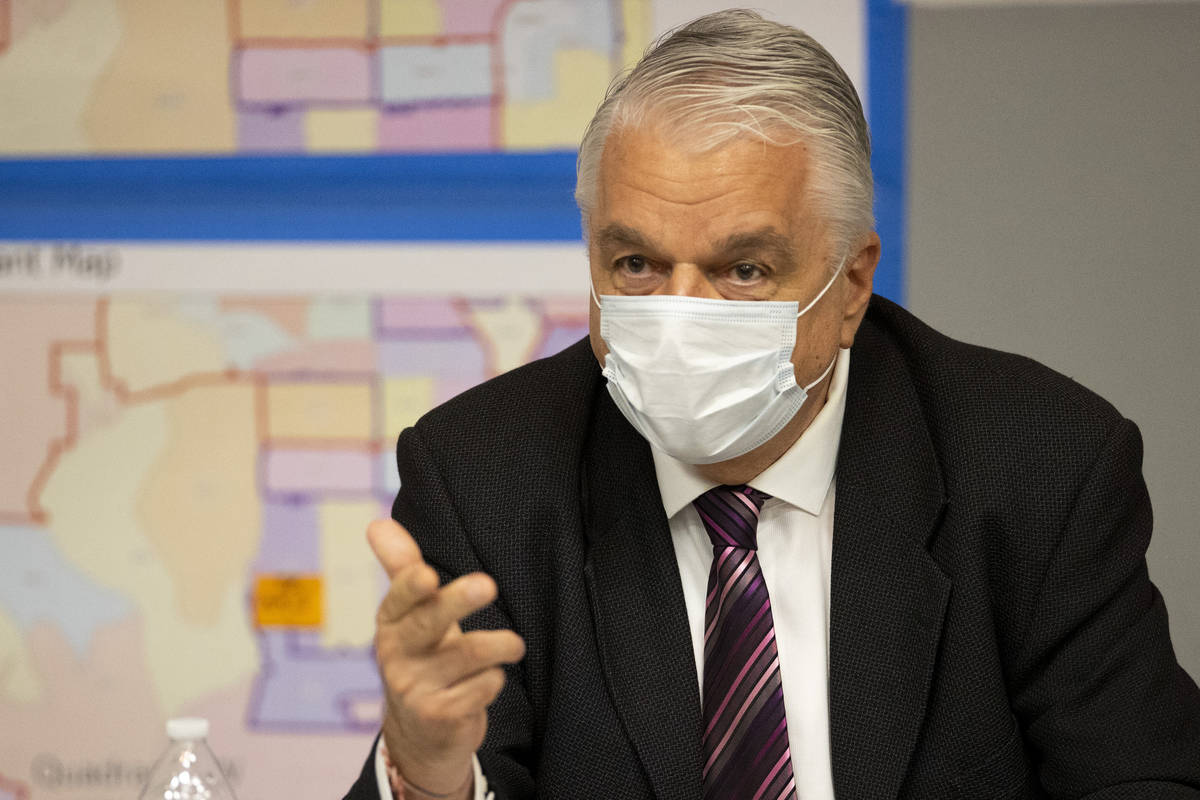 Erik Verduzco/Las Vegas Review-Journal Nevada Gov. Steve Sisolak this month, reiterated his commitment to welcoming refugees to Nevada as the situation in Afghanistan continues to unfold.

Sisolak made the announcement in an Aug. 19 press release, where the governor stated in part, that individuals and families who have fled their countries and made Nevada their home have continuously shown their courage and determination to build a brighter future in the Silver State.

The announcement came from Sisolak’s Office for New Americans (ONA).

“We must not forget that Afghan Special Immigrant Visa holders are those who assisted our U.S. military operations and worked side-by-side with our American services members, including some of the many Nevada veterans who proudly served overseas,” Sisolak stated in the release. “Nevada has always been and will continue to be a welcoming state for all, and we stand ready to play our part in resettlement efforts.”

“Now more than ever, I reiterate the state’s commitment to welcoming Afghan refugees and Special Immigrant Visa holders who are fearing for their lives and safety amidst the situation underway in Afghanistan,” Sisolak said. “Additionally, to the men and women of Nevada who served in our nation’s armed forces in Afghanistan over the past 20 years, your state thanks you and your families for your sacrifice, courage, and commitment.”

As the Director of the Governor’s Office for New Americans, Charina de Asis said the office will continue to work with refugee resettlement agencies.

“We remain committed in our support in welcoming all new refugees and Special Immigrant Visa holders into the state. “They undoubtedly enrich and strengthen the fabric of Nevada. Their cultural and economic contributions make our state infinitely better.”

Additionally, the release noted that Nevada’s refugee resettlement offices have been preparing for an increase of new arrivals based on President Biden’s possible increase of the annual refugee admissions cap to 125,000 in fiscal year 2022.

Deacon Tom Roberts, CEO, Catholic Charities of Southern Nevada stated the agency remains devoted to its mission to assist those who have been tragically displaced from their home countries as they seek refuge in the United States.

“Presently, we are prepared to continue serving SIVs and refugees however possible, so they may start a new healthy and happy life here in Nevada,” Roberts said. “Our hearts go out to those who are affected by what is happening in Afghanistan and we pray for a safe outcome for all.”

The Governor’s Office for New Americans is collaborating closely with refugee resettlement agencies to ensure the office and other state agencies are ready to assist as needed.

At present, the state and the Refugee Resettlement Office have not been informed by the federal government of any new expected arrivals from Afghanistan.