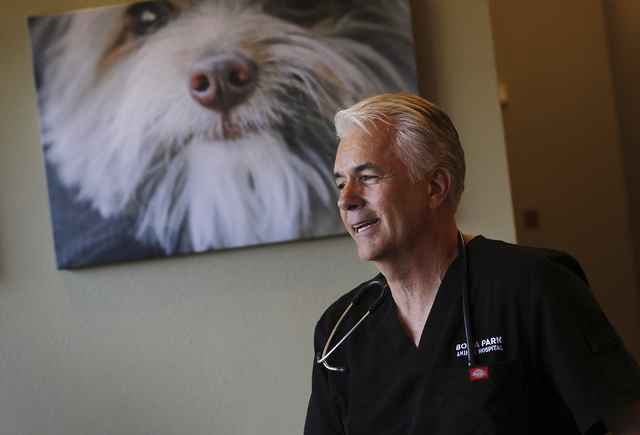 Newly released records suggest federal prosecutors had enough evidence to charge U.S. Sen. John Ensign of Nevada with lobbying or campaign finance violations, but backed off because of fear of losing in court and “undue deference to public officials,” according to a watchdog group that sued for access to the documents.

Ensign, a Republican who was elected to the U.S. Senate in 2000, resigned in 2011 during a Senate investigation that ultimately found evidence he broke the law in trying to cover up his affair with the wife of a top aide.

The Senate Ethics Committee investigation found Ensign tried to get the aide, Doug Hampton, work as a lobbyist. That would violate a law barring former Senate staffers from lobbying for one year after they leave the government.

Hampton was prosecuted and pleaded guilty to a misdemeanor lobbying violation in 2012, but Ensign was never charged.

Hoping to determine why, watchdog group Citizens for Responsibility and Ethics in Washington filed requests under the Freedom of Information Act seeking FBI, Department of Justice and U.S. attorney’s office records.

When the requests were denied, CREW sued in federal court, where a judge largely sided with it and ordered the government to begin turning over records. CREW had formally asked federal officials to investigate Ensign, and the newly released records show a CREW employee (whose name was redacted) emailed a top Justice Department official to express disappointment that Ensign was not charged.

In a summary of its findings, CREW said many questions remain unanswered about why Ensign wasn’t prosecuted. That’s because the government heavily redacted many of the documents it turned over and withheld hundreds of pages entirely.

Officials cited “insufficient evidence and exculpatory witness testimony” in declining to prosecute Ensign, according to one of the documents uncovered by CREW. In one email, the deputy chief of the Justice Department’s Public Integrity Section wrote, “this is a really tough case to win.”

CREW said that conclusion was hard to understand given the large amount of evidence turned up by the Justice Department and Senate investigations.

In an emailed statement Monday evening, Justice Department spokesman Peter Carr said, “The department follows the evidence where it leads and brings charges when the evidence warrants it.”

In addition to the lobbying violations, the investigation tried to determine if a $96,000 payment to the Hampton family constituted an illegal unreported campaign contribution to the senator. Ensign’s father, Michael Ensign, told the FBI the senator did not ask him to make the payment.

The documents made public Monday include notes from interviews investigators conducted with Las Vegas business executives. The notes provide details of Ensign’s efforts in early 2008 to get Hampton work as a lobbyist after the aide discovered the senator’s affair with his wife and was preparing to leave his staff.

Ensign pitched Hampton as someone who “was tired of commuting” and wanted to return home to Las Vegas “to be closer to family,” according to notes from several of the interviews. Hampton was advertised as “a great guy” who would be “a good government affairs consultant.”

It struck one executive as odd that Ensign was trying to find lobbying work for his aide, knowing there was an effective one-year ban on lobbying by former Senate staffers.

After leaving a message on Ensign’s voice mail that he had no job opportunities, the executive got a call informing him that Ensign was “not happy with him” because of a lack of effort to find Hampton a job. In 2010 the executive told investigators he reacted angrily, telling the caller to “tell the senator to pick up the f—-ing phone if he’s not happy with me.” He did not get a call back.

After he resigned, Ensign returned to Las Vegas and resumed his veterinary practice. He didn’t respond to a message left with the staff.

The New York Times reported that Hampton, who is now unemployed and living in Las Vegas, said: “John Ensign orchestrated everything — the affair, my dismissal from his Senate staff, the lobbying work, everything — but at the end of the day, I’m the one who lost everything.”

For periods in 2010 and 2011, the Senate Ethics Committee and the Justice Department were conducting parallel investigations in the Ensign case. Documents made public on Monday suggested there was conflict between them from time to time.

In a March 15, 2011 letter, the Senate panel’s chief of staff wondered why the Justice Department a few months earlier had notified Ensign he was no longer a target of its investigation, but still was seeking to build a case against Hampton and a second Ensign aide. The Ethics Committee wanted to offer immunity to the Ensign staffers as it continued to probe the senator.

And while the Senate Ethics Committee in a stinging May 2011 report said it found “substantial and credible evidence” that Ensign broke federal laws and urged the Justice Department to prosecute him, department officials took a more cautious approach.

Emails among Justice officials in February 2011 indicated they did not think they had enough to charge Ensign with helping Hampton violate the federal lobbying ban.

“This is a really tough case to win,” Raymond Hulser, deputy chief of the Public Integrity Section, wrote in a July 2010 email.

In November 2010, the Justice Department removed Ensign as a target. Six months later, the Senate Ethics Committee sent its Ensign case to the department and recommended a followup. Justice officials took a second look but their conclusions did not change.

Hulser in June 2011 called for prosecutors to meet again on the Ensign case, “and on what we had and didn’t have and why.”

But, Hulser said in a separate email that month, “On the premise that the Senate report contains the best stuff, I don’t see (redacted) making a criminal case for us.”