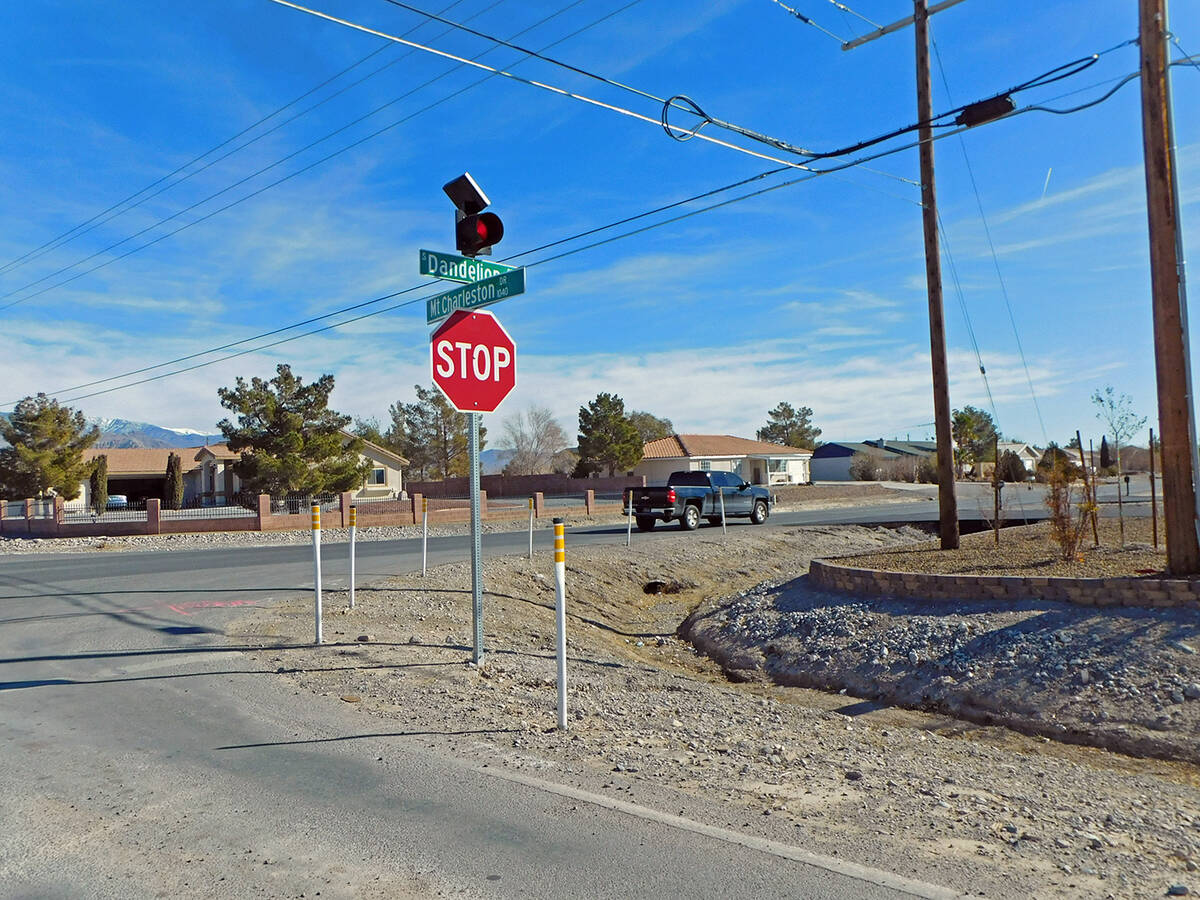 Robin Hebrock/Pahrump Valley Times The intersection of Mount Charleston Drive and Dandelion Street in Pahrump will soon have a metal guardrail installed to protect drivers from potentially ending up in the large ditch that runs along the southwest corner of that intersection.

A metal guardrail is expected to be installed at the intersection of Mount Charleston Drive and Dandelion Street to improve safety in the area.

The intersection has concerned Nye County Commissioner Donna Cox, who has spent months lamenting the danger posed by the large, deep ditch that runs along the roadway at one corner of the intersection.

She’s repeatedly requested that Nye County Public Works find a solution and on Tuesday, the commission awarded a $27,765 contract to Pahrump-based Wulfenstein Construction Co. to install the safety device.

The bid was considerably less than estimates from the public works department, which calculated it would cost them more than $40,000 to do install the guardrail.

Another bid from Sparks-based Nevada Barricade & Sign Co. came in at $32,866 to do the job.

“It’s obvious that public works doesn’t want to do the job, because they came in at the highest bid,” Cox said.

“We pay our topped-out road maintenance [crew] $42.06 per hour versus I don’t know what the other companies pay their guys,” he said. “And we figured it would take us roughly two weeks to do it, so that is why our price is a lot higher than theirs.”

The guardrail is not a necessity, Bolling said, citing the Federal Highway Administration Barrier Guide, which addresses such roadway safety issues.

Still, commissioner Leo Blundo said there has been complaints about the ditch.

Wulfenstein Construction’s bid was approved by a 3-2 vote of the commission.