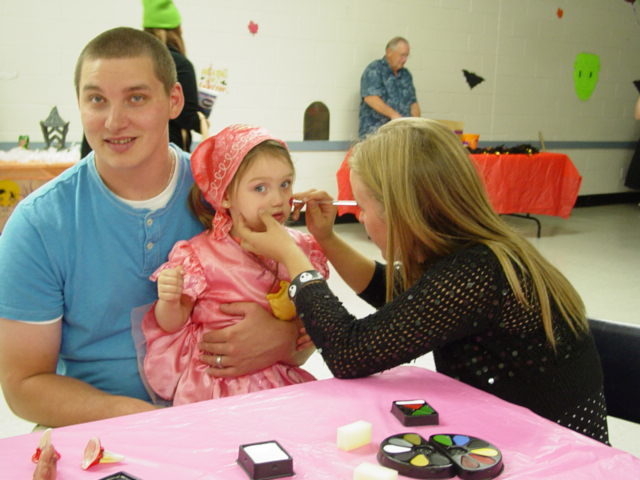 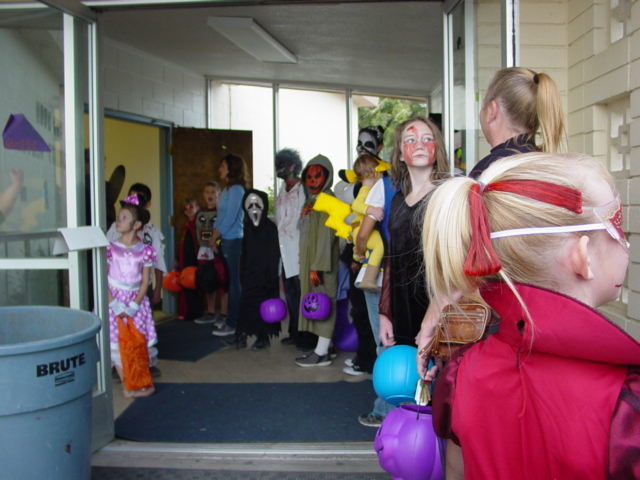 The community center was the venue for the annual Halloween Spooktacular and “Trunk-or-Treat” celebration for local youths.

“The event went very well,” she said. “We had a whole line of kids and parents wrapped around the building an hour before the event even started. There were over 300 kids who came with their families.”

Youngsters were treated to free food, refreshments, and of course, candy.

Casey noted the event included various activities for the energized kids, who came home with more than just candy.

“Everything was free,” she said. “We had face painting for those who wanted to maximum their costume. There was also the costume contests where they got either a $5 voucher for free yogurt coupons from I Heart Yogurt. We also gave vouchers from Pizza Hut for a large three-topping pizza. The grand prize winner got a $50 gift card.”

Pahrump Town Board member Dr. Tom Waters dropped by the event on Friday.

Waters said he too was amazed by how many local families were in attendance.

“When I arrived there, I saw a room packed with kids and parents, and everything was going great,” Waters said. “I also spoke to Diane Southworth, who was in charge and she said they had over 300 kids come through there. It was quite a success and the youth advisory board just did a fantastic job.”

Waters also noted that the town did not provide any monetary support for the event, as the advisory board worked with other individuals and groups to make the event come alive.

Additionally, Waters gave thanks to other local groups who helped to make the event a success.

“Aside from the chaperones and the parents, we had a lot of people who donated goods to the youth advisory board and that’s what they were giving out to the kids. The costumes were also great. Some I have never, ever seen before. “It was just an outstanding event.”

As Waters mentioned, there were several Trunk-or-Treat events around town on Halloween, including at Pahrump Valley Auto Plaza where members of Pahrump Valley High School’s Key Club along with staff from the dealership gave out candy.

Our Lady of the Valley Catholic Church, The Castaways Car Club, RNG Farms in the Glen Lerner parking lot, and the Moose Lodge all held their own respective Trunk-or-Treat celebrations, much to the delight of local kids and parents.