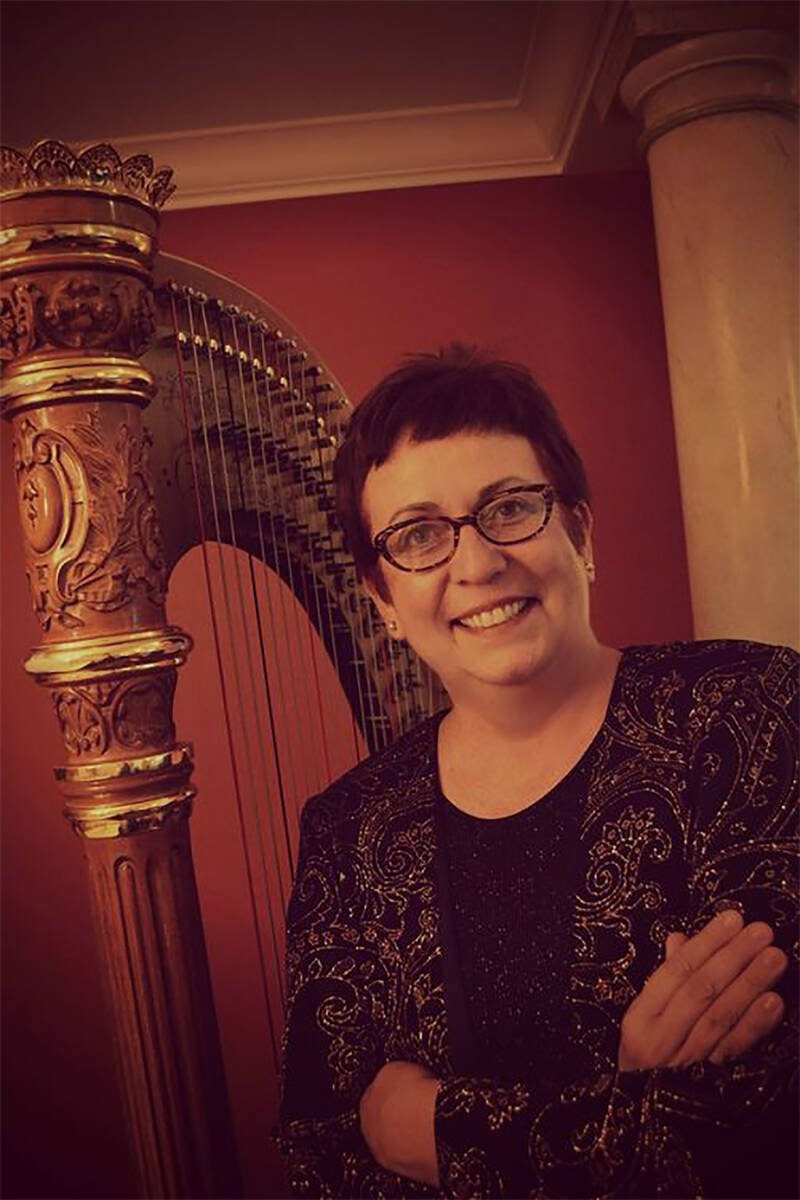 Special to the Pahrump Valley Times World-renowned Harpist Dr. Beverly Wesner-Hoehn is performing a free concert on Saturday Nov. 4, at Pahrump’s Seventh-Day Adventist Church at 477 N. Blagg Road at 4:30 p.m. Seating for the concert is limited and COVID-19 protocols (masks), will be enforced during the performance.

For many years, Dr. Beverly Wesner-Hoehn taught harp at California State University Sacramento and performed with the California Music Theater.

As a native Californian, she began her musical studies at the age of six, according to her biography.

Just recently, Wesner-Hoehn moved to Pahrump and now wants to share her devotion for the music she performs to the local community, as she believes that her harp delights the senses as she “Praises God upon the Harp,” and tells the story through her music.

As such, Pahrump’s Seventh-Day Adventist Church at 477 N. Blagg Road is hosting a free concert for the community where Wesner-Hoehn is scheduled to perform on Saturday, Nov. 6, at 4:30 p.m.

Throughout her extensive musical career, Wesner-Hoehn has performed multiple times with Johnny Mathis, Gladys Knight and the Pips, singer and musician Michael W. Smith, along with scores of other recognizable and esteemed performers, including Neil Diamond tribute band Super Diamond, and star soprano Jackie Evancho, according to her biography.

Wesner-Hoehn received the Doctor of Music degree in Harp Performance with High Distinction, from Indiana University in 1989.

Over the decades, she has traveled the globe performing in symphony orchestras and recording music, all the while receiving countless accolades and honors.

Seating for Saturday’s concert is limited and COVID-19 protocols (masks), will be enforced during the performance.

Organizers ask that attendees be seated by 4:30 to avoid disrupting the performance.