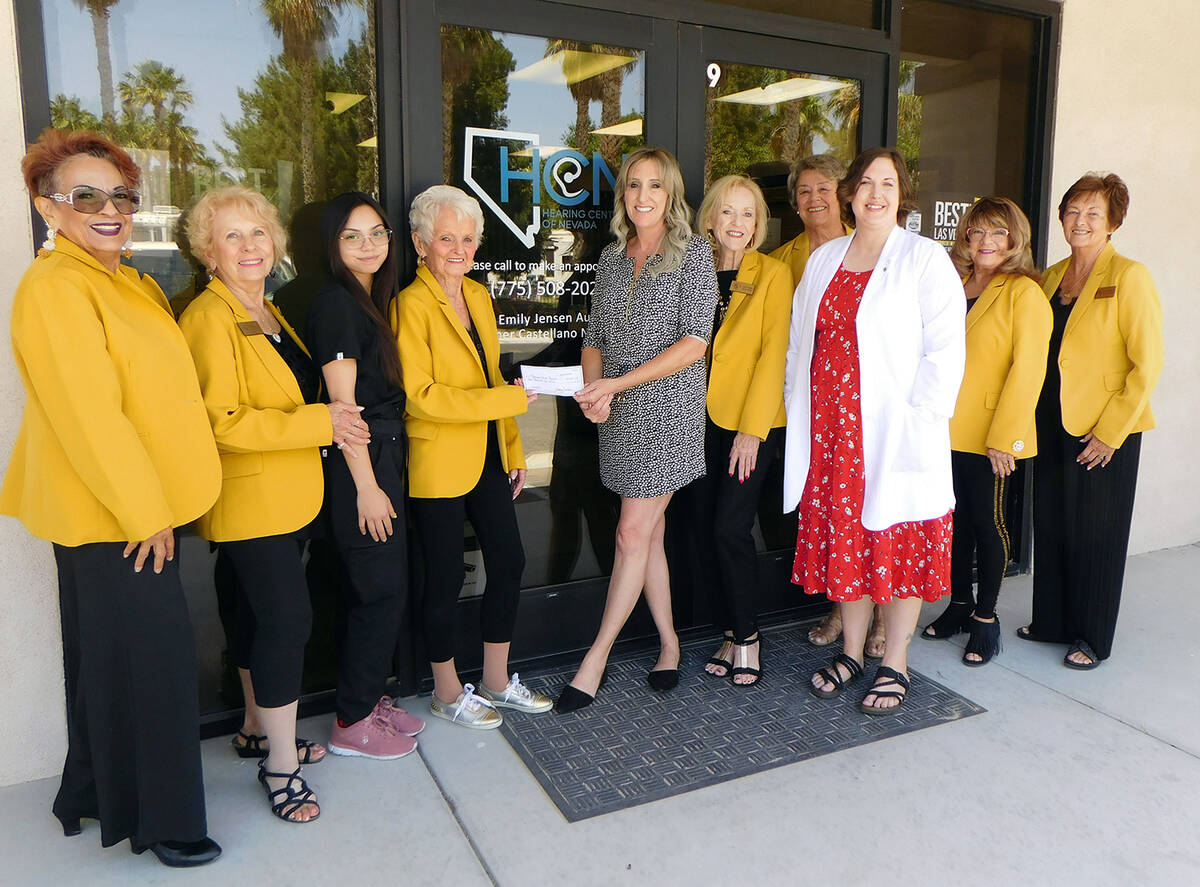 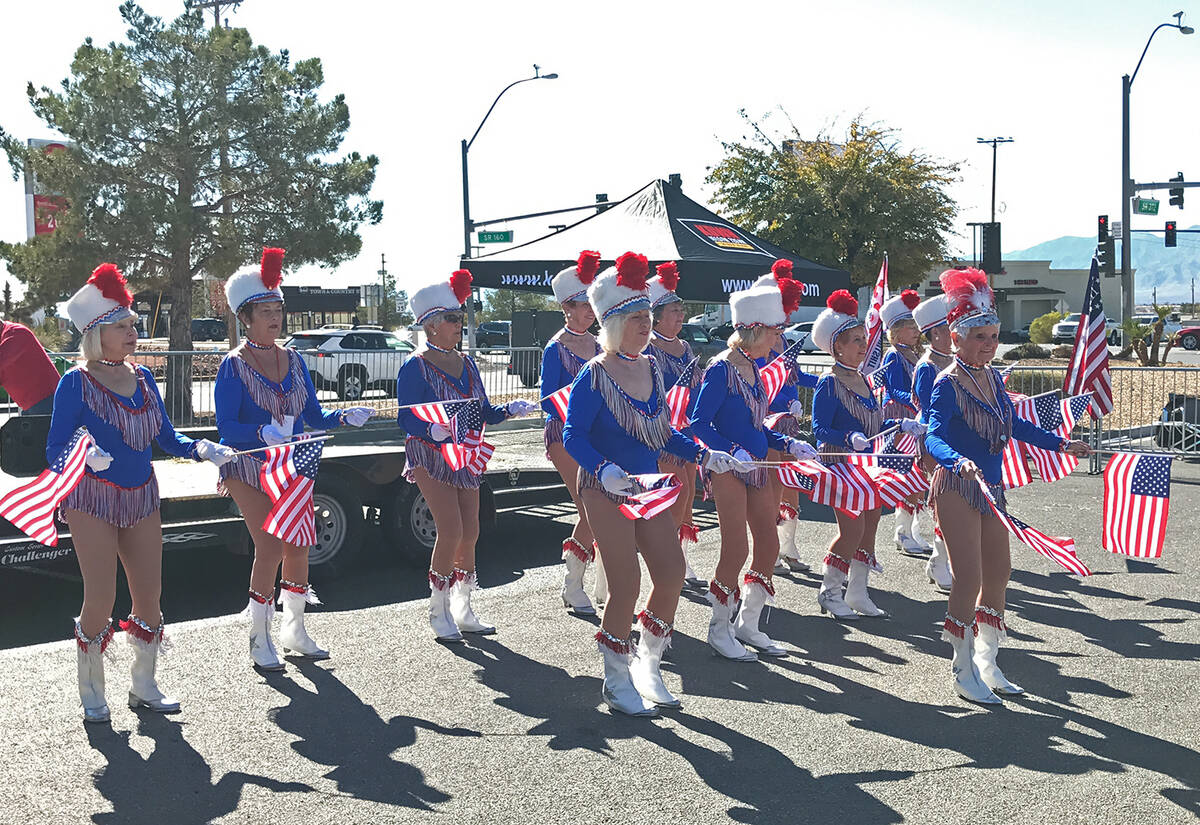 Robin Hebrock/Pahrump Valley Times The Nevada Silver Tappers are well-known throughout the valley, officially earning the title of Ambassadors of Pahrump for their untiring efforts in the community.

Sometimes generosity comes from unexpected places at the most unexpected times.

When longtime resident B.J. Hetrick-Irwin went into Hearing Centers of Nevada in Pahrump recently, she was simply looking to price out new, custom hearing aids. As a nearly 97-year-old woman who runs two local nonprofits, her hearing impairment impacts her ability to lead both the Nevada Silver Tappers and Ms. Senior Golden Years.

She’d already been an established customer at Hearing Centers of Nevada and she was hoping to find more advanced hearing aids that could make her hearing as sharp as it needs to be. But she got a whole lot more than she bargained for, in the very best way.

“B.J. is just such an amazing lady,” Heather Castellano, owner of Hearing Centers of Nevada, told the Pahrump Valley Times this week. “She came in for a hearing test and she was telling me about the organizations that she has here. Well, we knew about them before but we didn’t really know how important it is to the community; how it’s bringing the women together, how it’s changing lives, making women feel purposeful and empowering them and building everyone up.”

Castellano said the conversation then turned to one of the most exciting times for the Nevada Silver Tappers, when the group was featured on the Facebook show “Returning the Favor” with Mike Rowe. After watching the video for herself, she said she knew immediately that this was a cause she wanted to support.

“We have something like 6,000 patients and B.J. is just one of those special people, she stands out. She’s 97 but she’s so active, she’s inspiring others, she has a huge heart. I like to donate to places sometimes and she’s just one of those that I really wanted to give to,” Castellano enthused.

On top of the $1,000 check for the Nevada Silver Tappers, Hearing Centers of Nevada is also providing Hetrick-Irwin with top-of-the-line hearing aids at absolutely no charge, a value of $6,500.

“Because when you are tap dancing and running shows, it’s really important to be able to hear the music and the timing and the calls,” Castellano explained. “And this is just my way of giving back to the community out here. She supports so many people, and I want to do the same.”

As for Hetrick-Irwin herself, she remarked that she was perfectly shocked when she’d received the call from Castellano to tell her of the donation.

“I just started crying,” Hetrick-Irwin detailed. “It’s just phenomenal. She’s giving me these custom hearing aids, that I didn’t think I was going to be able to afford, and she’s donating $1,000! It’s incredible. I’m so happy.”

Castellano noted that in the current climate of such tension and controversy, she is proud to see that there are groups that can put their differences aside and simply come together.

“The thing I love is, I think so often these days, everybody is breaking each other down, since the pandemic and all the politics. Well, these ladies all admit they have different views but they don’t let that interfere. They all build each other up. We need that sense of community. The nicer things we do for each other, the more it gets paid forward. Positive energy begets positive energy,” she said.

Castellano added that charitable work is something she has always enjoyed incorporating into her business career, noting that she follows a mantra of, “Take care of people first, and the money will follow.”

“B.J. is an incredible lady. I am just honored to be able to help her and her ladies in any way I can,” Castellano concluded.

For more on the Nevada Silver Tappers or Ms. Senior Golden Years contact Hetrick-Irwin at 775-727-7011 or email slvrtpr@gmail.com