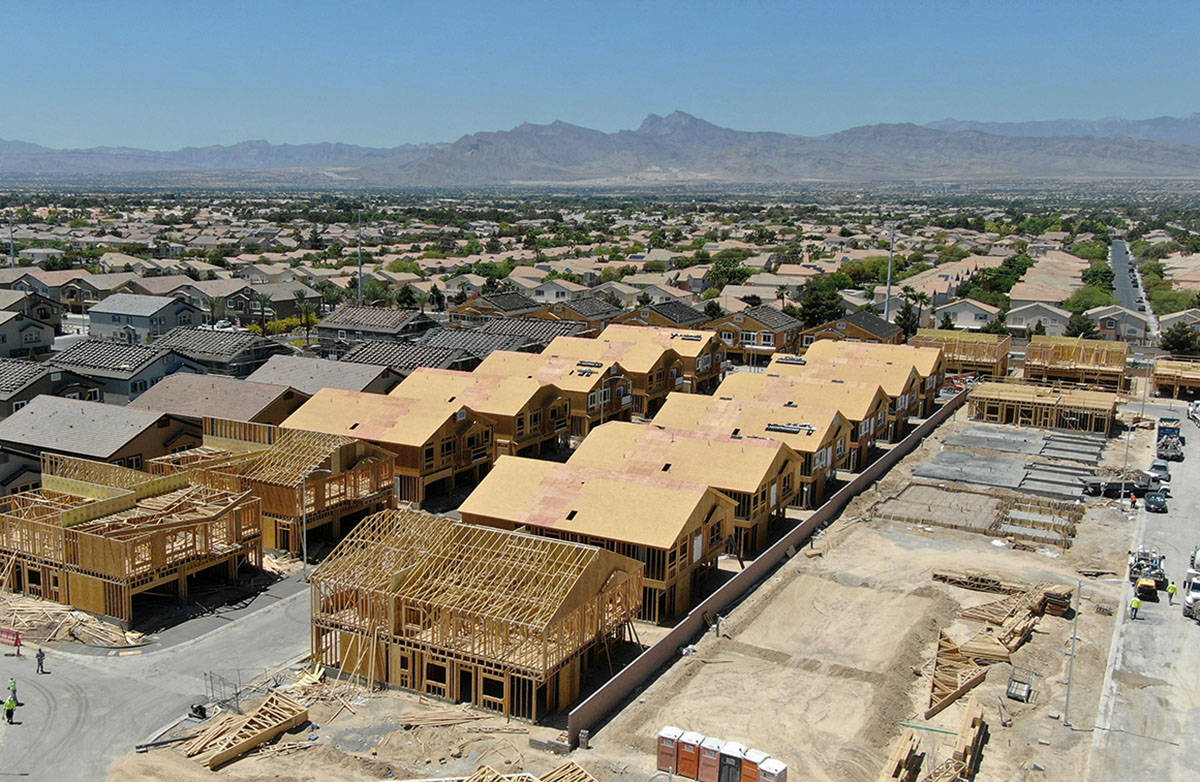 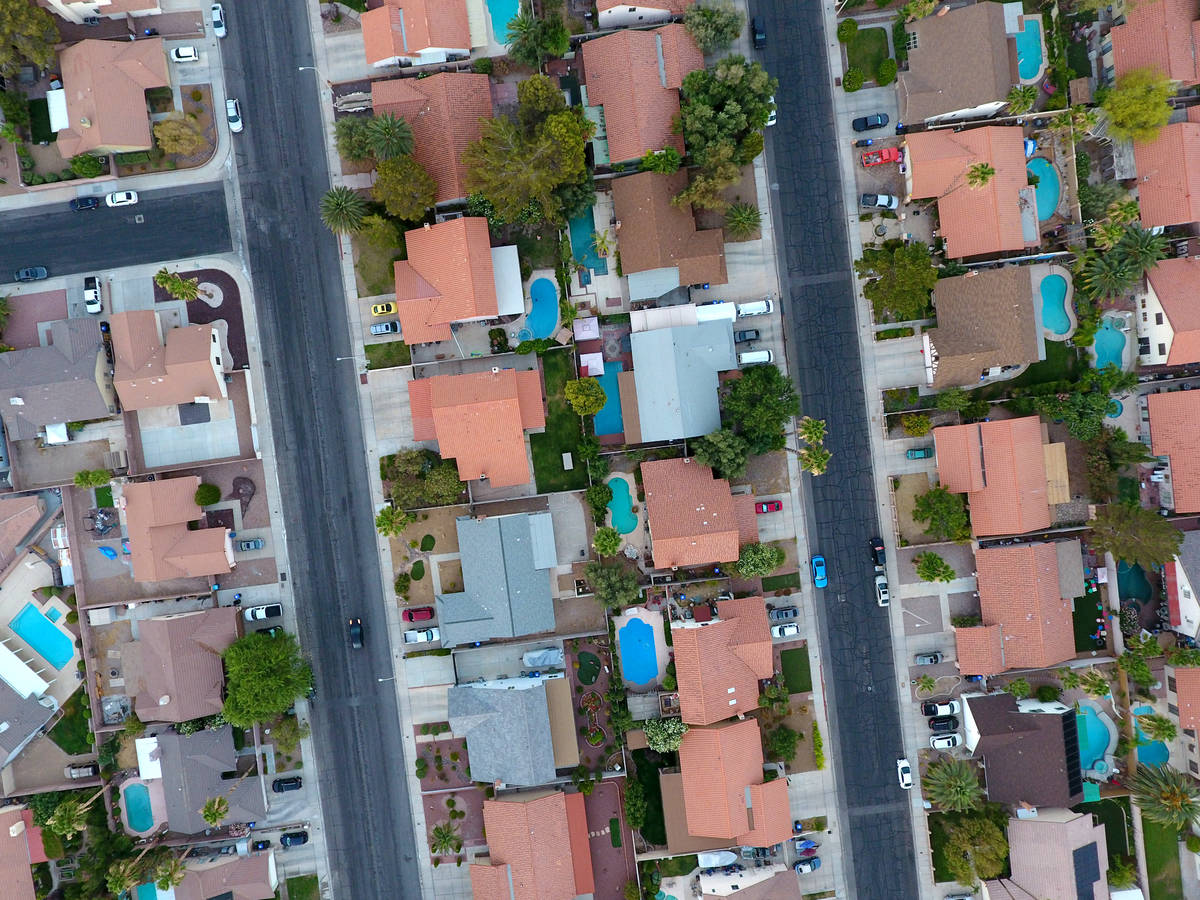 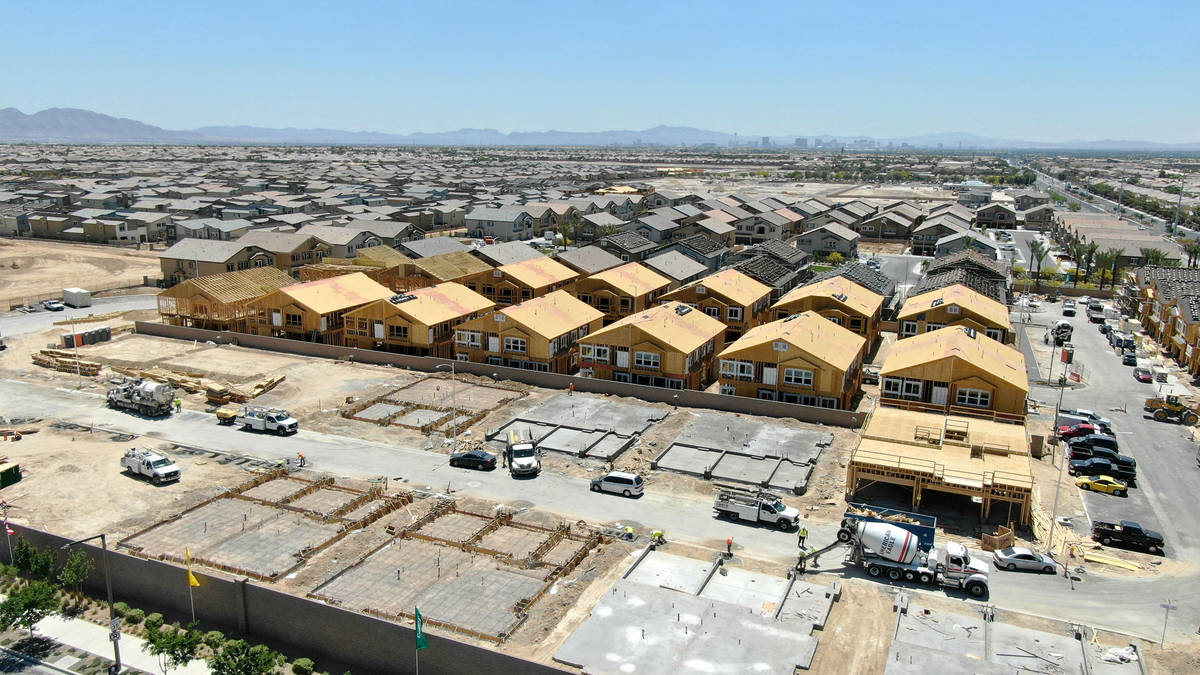 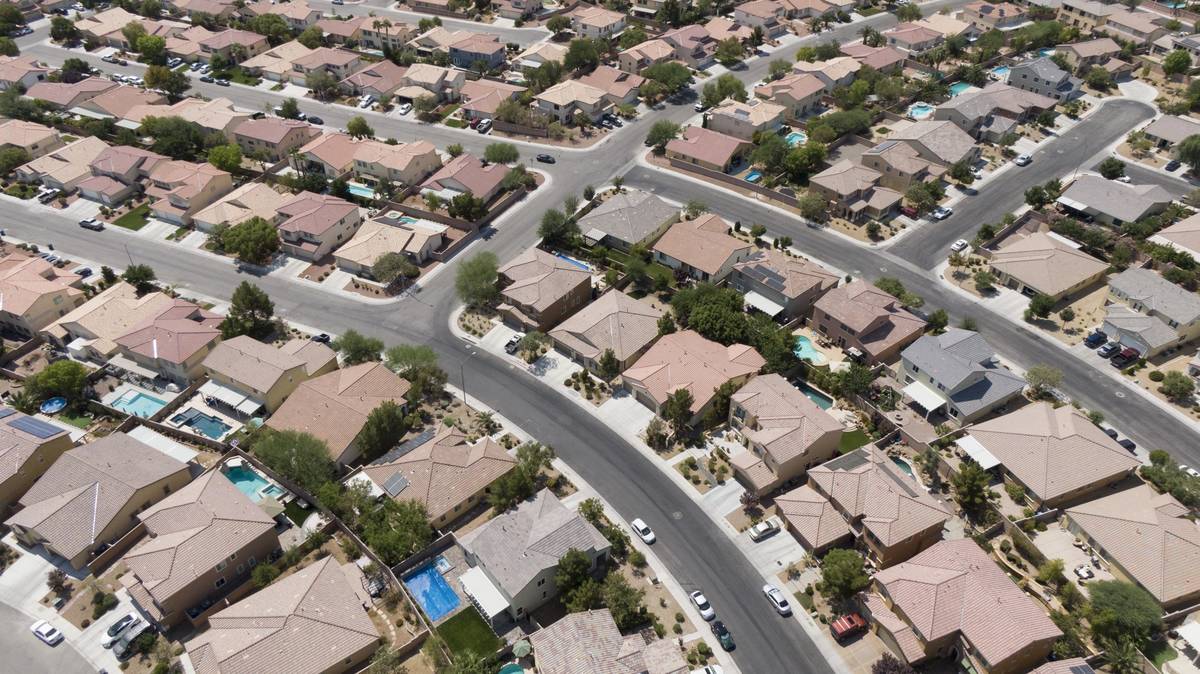 After months of heated activity, homebuyers across the country are pulling back amid rising prices, new reports show — and it’s no different in Las Vegas.

Nationwide, the pace of homebuilders’ sales last month fell 5.9 percent from April to the slowest rate in a year, according to a report Wednesday from the U.S. Census Bureau and the U.S. Department of Housing and Urban Development.

Resales are also slowing, as the National Association of Realtors said Tuesday that sales of previously owned homes fell for the fourth consecutive month in May.

According to the association, the median sales price last month, $350,300, and year-over-year price jump, 23.6 percent, were both record highs since 1999.

But locally and nationally, the housing industry is showing some signs of a cooldown during the normally busy spring buying season.

Across the U.S., a lack of available listings “continues to be the overwhelming factor holding back home sales, but falling affordability is simply squeezing some first-time buyers out of the market,” said Lawrence Yun, chief economist with the National Association of Realtors.

Buyer demand for newly built homes is still strong, especially as resale inventory remains limited, and “builders in most markets are having little trouble selling through the homes they have put up,” said Matthew Speakman, an economist with listing site Zillow.

But homebuilding materials, including lumber, are in short supply, and such constraints are “hindering the number of homes they’re able to build and ultimately sell,” he said.

Robert Dietz, chief economist with the National Association of Home Builders, said higher home prices “have shifted some buyers to the sidelines,” though association survey data indicates that about 20 percent of builders have limited their sales activity lately to manage supply chains and labor availability.

Rock-bottom mortgage rates have let buyers lock in lower monthly payments and stretch their budgets, fueling a buying binge across the country.

Despite huge job losses sparked by the coronavirus pandemic, Las Vegas’ housing market has been moving at its most frenzied pace in years, though in some ways it has been relatively tame compared with other cities.

As seen in reports comparing metro areas, Southern Nevada’s rising prices (up 10.6 percent year over year in March) have climbed at one of the slowest rates in the country. The share of homes in Las Vegas that found buyers within a week of getting listed (about 51 percent in April) was in the middle of the pack, and the share of homes that sold over the asking price (15 percent in February) was one of the smallest in the nation.

Las Vegas’ market has also started to let out some air.

Resale totals have fallen the past two months, and available inventory has climbed for three straight months, according to data from trade association Las Vegas Realtors.

Homebuilders’ sales totals also have dropped the past two months in Southern Nevada, and customer traffic in May was down 25 percent from its recent peak, set in March, Home Builders Research President Andrew Smith reported.

There are still signs that Las Vegas’ housing market is in overdrive. Prices keep rising, and houses are still selling rapidly.

Realty One Group agent Ryan Buttle said Wednesday that he realizes what the data shows but that he personally hasn’t experienced a slowdown.

Buttle noted that he listed a home a month ago and got 25 offers on it.