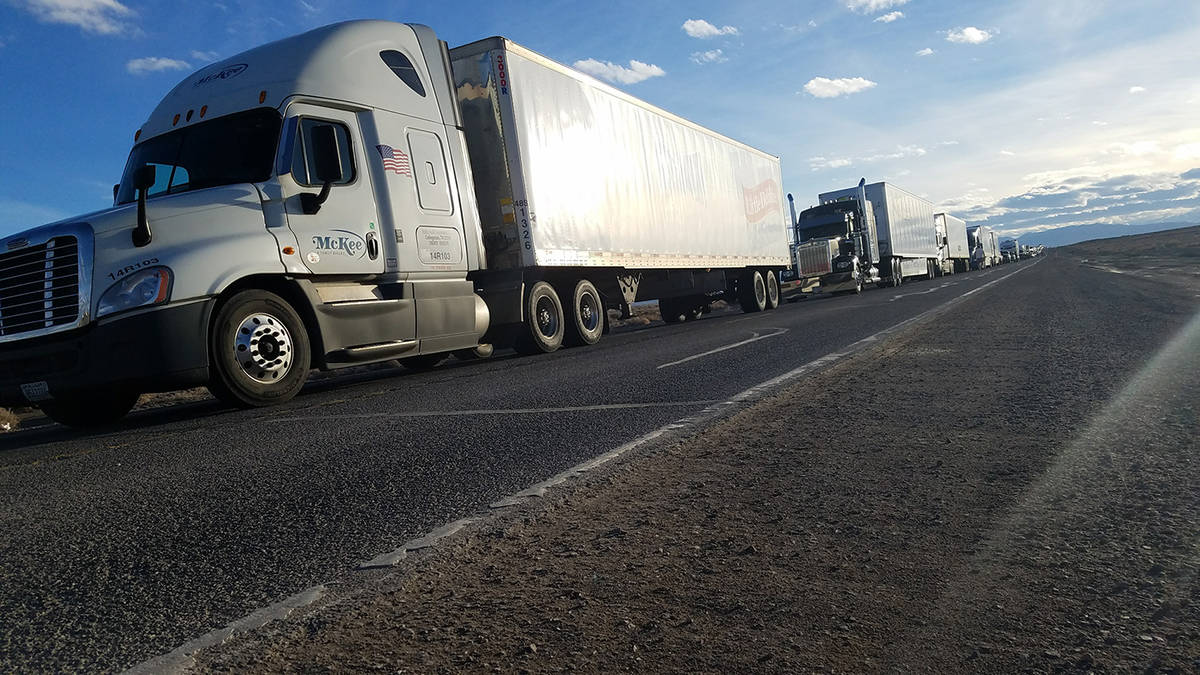 David Jacobs/Pahrump Valley Times Truck traffic backs up near the scene of a crash along U.S. Highway 95/6 in rural Nevada as shown in this file photo.

The Beatty Town Advisory Board has several suggestions to improve safety on Highway 95. They sent their ideas to the Nevada Department of Transportation, which is accepting comments on its Statewide Transportation Improvement Program.

The letter, approved by the board in its July 27 meeting, calls for turn and passing lanes in a number of locations along the highway.

They suggested the addition of turning lanes at the entrance to U.S. Ecology, and at the intersection with Cottonwood Avenue near Beatty High School.

Citing increased traffic and mining activity in the area, they also asked for turning lanes at Fluorspar Canyon Road and at the road leading to the Couer Sterling Mine.

The letter adds, “The Goldfield Summit slow traffic lane has greatly relieved a bottleneck and driver frustration in that section of U.S. 95, making it much safer for the traveling public. If it is not already in your plans please consider a similar solution for the U.S. 95 southbound traffic heading into Mercury. This area is becoming more and more hazardous due to the increase in slower-moving traffic.”

“A major safety concern of Beatty residents is the lack of passing lanes on U.S. 95 from Las Vegas to Tonopah. As you review your STIP projects please find a way to incorporate passing lanes in active approved and future projects.”

Other than approving this letter, the only other action taken by the board in the July 27 meeting was to agree to pay up to $120 for a bulk mailing permit for Beatty Seniors, Inc. to be used for the mailing of a donation solicitation flyer.