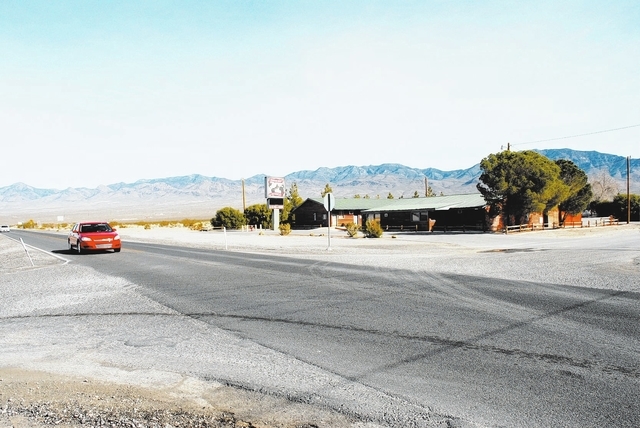 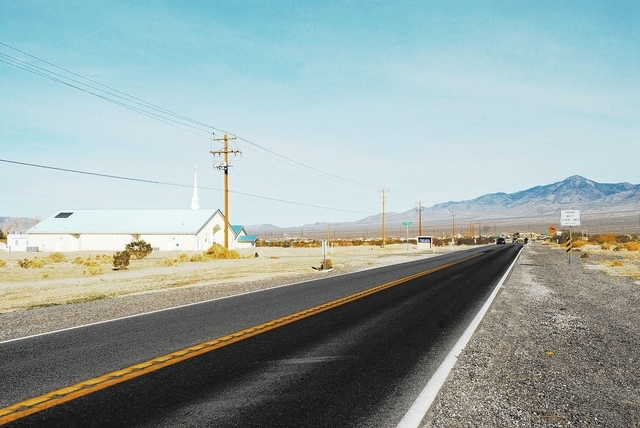 TONOPAH — Nye County Commissioners talked more seriously Tuesday about getting funds to improve Highway 160 north of the Pahrump Town Office and the Home Depot store, anything from improving shoulders to widening the entire road to four lanes up to Highway 95.

“It’s been on their books since 2009 to actually get these improvements done. I want to get a comprehensive plan report in front of you to answer that question,” Fanning told commissioners.

Carbone asked if a letter from commissioners would help in getting the Nevada Department of Transportation to make it a priority.

“I think that would be greatly beneficial,” Fanning said.

Commissioner Dan Schinhofen said he got to meet with the governor’s advisory group with the U.S. Department of Energy. Schinhofen wants the DOE to pay for widening Highway 160 all the way to Highway 95, about 27 miles, in exchange for allowing shipments of uranium for burial at the Nevada National Security Site. Schinhofen said he’s heard estimates of $20 million, then $16 million to do the entire road.

Carbone said he sees other areas in the state with better roads.

“We lost several people on that road as well as making those turns off 160 onto those side roads. It’s very dangerous. If you have anything smaller than a Volkswagen you’re going to get nailed,” Carbone said. Motorists traveling northbound at 55 mph have to slow to a complete stop for motorists turning left at side streets like Irene Street, Blosser Ranch Road and Bell Vista Avenue.

Commissioner Donna Cox had questions about the funding for road improvements, adding Clark County seems to get a lot more money.

“Is it because we don’t have enough population to get the money we need?” Cox asked.

Fanning said NDOT builds road improvements based on road safety audits that are usually done biannually. He said a letter from the county could spur another audit, more accidents could also factor in the audit, though funding is now a critical issue.

Commissioner Lorinda Wichman described it as more of a safety audit. “Frankly Donna, what it means is we don’t have enough deaths out there to float to the top,” she said.

NDOT has paid more attention to the remaining eight-mile strip of Highway 160 south of Pahrump on the way to Las Vegas, where the four-lane highway narrows to two lanes from roughly Trout Canyon Road to Calvada Boulevard. That’s now listed as a long range element by NDOT, meaning it is not targeted for construction in any given year, but will be addressed sometime in the near future.

Wichman said she’s noticed some dangerous places on Highway 160 while traveling back to her home in Big Smoky Valley after county commission meetings in Pahrump. Motorists need to pay attention while driving a curve past Johnnie with no shoulder, she said.

Cox wanted to go all out and request Highway 160 be widened to four lanes all the way up to Highway 95. Carbone agreed.

“I would like to see it go all the way to 95. Let’s do it and do it right and we won’t have these problems again because it is very narrow all the way up to 95 for passing,” Cox said. But she added, “at this time I would be happy with shoulders.”

Schinhofen said the county should be prepared for only improving the section of Highway 160 north to Simkins Road, which contains the most dangerous intersections. But he said, “of course, the whole thing needs to be done, if we get some movement on it.”

Schinhofen said he talked to the governor’s committee about improving the whole project to Highway 95, not in pieces. NDOT also needs to put Highway 160 improvements on the front burner, he said.

“Either way it will be a strong statement from us. It’s been a number of years and it’s time it got moved up,” he said.

Cox said motorists traveling the section of Highway 160 to Highway 95 include a lot of workers at the NNSS and county employees.

In a related matter, Schinhofen said he’ll push for another ballot question asking to increase the county road tax this November. The road tax proposal was voted down by an overwhelming majority of voters the last three times.