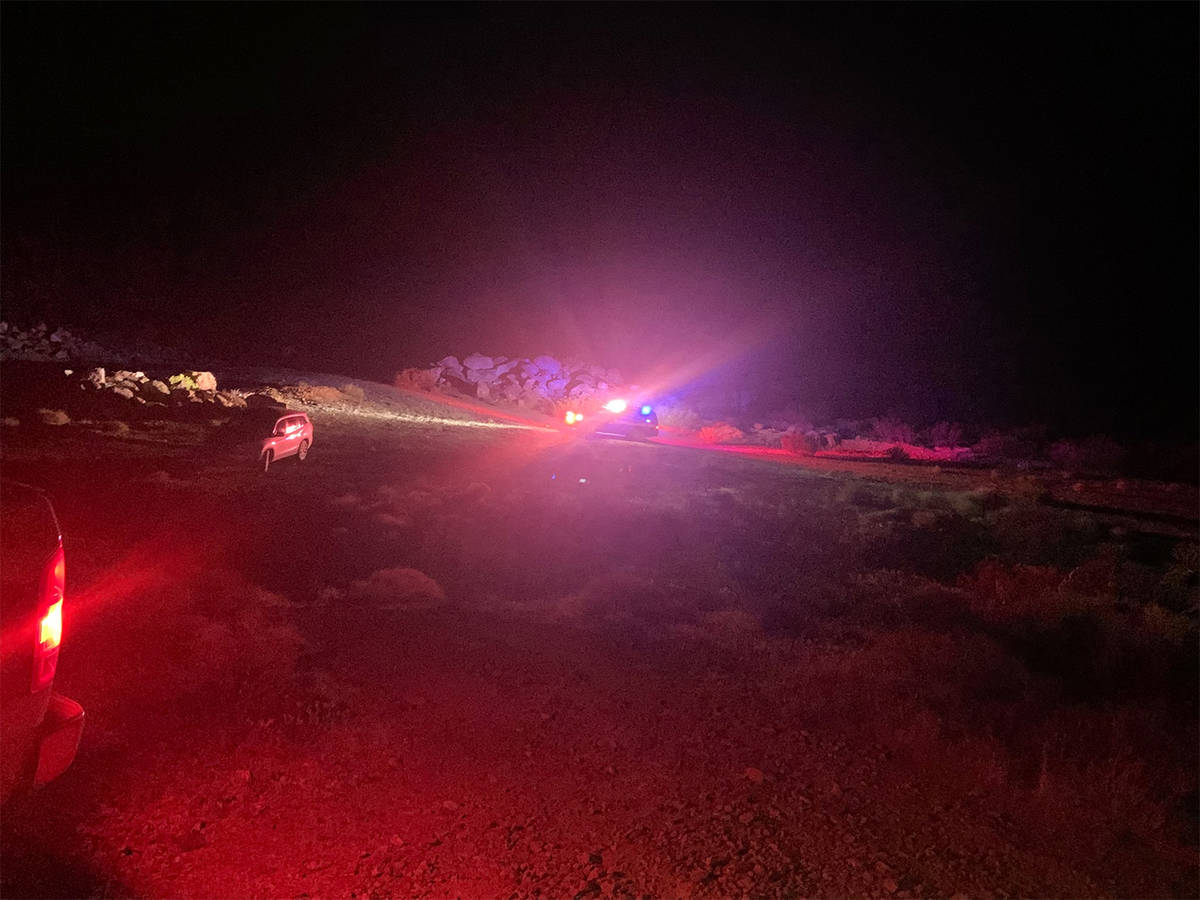 Special to the Pahrump Valley Times Pahrump Valley Fire and Rescue Services, along with Clark County Search and Rescue crews, managed to locate a hiker stranded on a 1,000 foot rock face in Wheeler Pass on Friday, Oct. 16th. The hiker, who was not seriously injured, was transported to Desert View Hospital for evaluation.

Pahrump Valley Fire and Rescue Service crews were dispatched for a report of a person trapped upon a 1,000-foot rock face while hiking in the area of Wheeler Pass, well off of Highway 160 on Oct. 16th, at approximately 8:40 p.m.

“Poor illumination that evening, without a moon, caused difficulties in locating the individual, however rescue crews had a good idea based on the coordinates of where he was located, which was inaccessible to a motorized rescue vehicle. Rappelling was hazardous at best because of the poor illumination and the rough terrain; the use of a hiking approach was also extremely difficult and dangerous. Therefore we utilized Clark County Search and Rescue, who completed the rescue via a helicopter.”

Lewis also spoke about how the hiker was able to contact authorities in an area where the cell phone service was sporadic, at best.

“Not only was the patient’s cell phone service spotty, he also had a poor charge on the phone itself, so it limited the ability to communicate with him on a more regular basis, and therefore they had to conserve the battery on the phone,” he said. “It’s never a good idea to hike alone. You should let people know exactly where you are going, and you obviously want to take the necessary provisions in the event you do have an issue. The temperature was dropping quickly up there, thus hypothermia was an issue. There were also reports that he may have been bitten by a rattlesnake, but the evidence suggested that he was not bit after a patient assessment. However, he was still transported to the local hospital as a precautionary measure.”