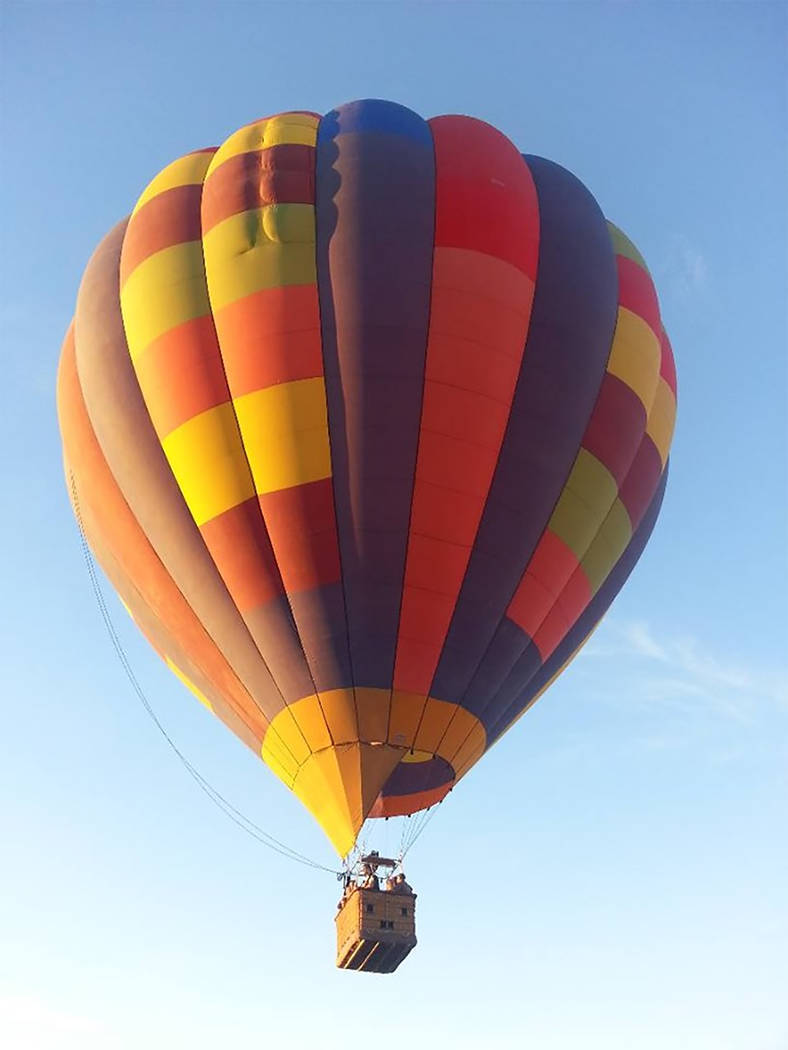 Special to the Pahrump Valley Times Owner and 35 year pilot, Doug Campbell has been associated with hot air balloons for more than 50 years in Las Vegas. Campbell said he recently moved to Pahrump, mainly due to stiff regulations set forth by Clark County and the Federal Aviation Administration. 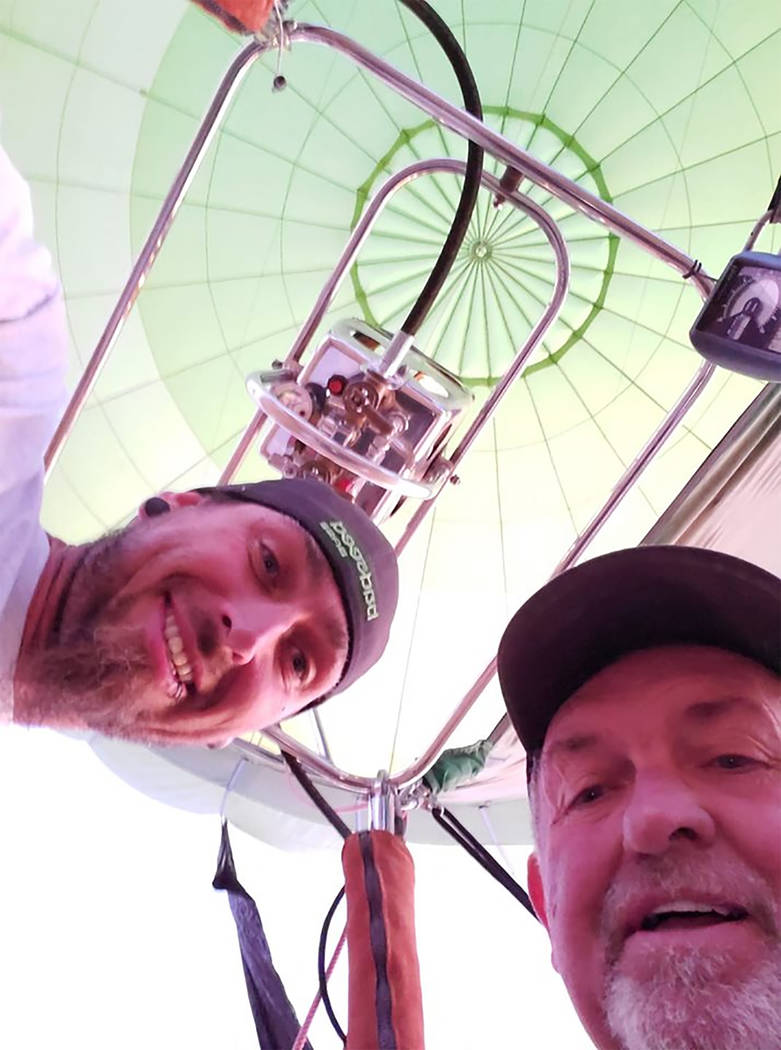 Special to the Pahrump Valley Times Prior to setting aloft, Doug Campbell, at right, and son Doug Jr., noted that they always gets a weather forecast, to determine a starting point in town.

A new business has literally taken off in Pahrump.

Balloons Over Pahrump began operating in town back in July.

Owner and 35-year pilot Doug Campbell has been associated with hot air balloons for more than 50 years in Las Vegas.

Campbell said he moved to Pahrump, mainly due to stiff regulations set forth by Clark County and the Federal Aviation Administration.

“I have always enjoyed flying in Pahrump and we’ve been flying balloons in Las Vegas for 50 years without a problem, but within the last two years, we’ve had two other balloon companies show up in Las Vegas,” he said. “They have generated enough unnecessary 911 calls and complaints to the FAA about flying low over houses and landing close to buildings, to where the FAA and the county told us that we can’t fly in Clark County anymore. That will remain in place until the Bureau of Land Management issues us a permit to fly in Jean, Nevada, but I just prefer to fly here. I was born and raised in Las Vegas.”

Campbell also said that he flies as often as he can, but Mother Nature is usually the determining factor.

“It’s pretty much a seven-day-a-week operation, as long as we have people booked and the weather permits us,” he said. “When a hot air balloon leaves the ground, we are at the mercy of the wind. The wind blows in different directions at different altitudes. Climbing up and down is how we steer the balloon. The FAA requirements state that aircraft are to remain 500 feet over non-congested areas and 1,000 feet over congested areas unless the aircraft is taking off or landing. Our pilots always make every effort to stay clear of homes where there are horses and other livestock.”

Prior to setting aloft, Campbell noted that he always gets a weather forecast, to determine a starting point in town.

“When the wind is out of the south, going north, we try to take off from Sanders Family Winery,” he said. “If it’s doing anything else, we go to Ian Deutch Park. When we get there, we put up a small helium balloon, which is a pilot balloon. We let it loose and watch it so we can see which direction it goes and how fast it goes, that way we can determine if that location is going to work for us.”

Additionally, Campbell said the time of day is an important factor when he flies.

The excursions he noted are typically 45 minutes.

“The mornings are the coolest time and safest time of the day to fly because the air is the stillest and the coolest, and balloons like colder air,” he said. “Balloons get their lift from the temperature difference inside the balloon and outside the balloon, so when it’s cooler outside, we don’t have to heat the air up quite as much inside the balloon.”

It should also be noted that the actual flight is just one element of the adventure, as additional activities take place once the balloon is back on terra firma.

“We go back to Sanders Winery to do a little wine tasting, and then we go to Lakeside for a bacon and egg breakfast,” he said. “We have five balloons in our fleet right now. Three of them we use on a regular basis and the other two are for occasional uses. Our biggest balloon will carry eight to 10 passengers. We have obtained a local business license and have joined the Pahrump Chamber of Commerce and look forward to supporting the local agencies and charities we feel strongly about.”

Additionally, Campbell noted that he offers special packages for passengers.

“We have a deal in place with the Holiday Inn Express to where if somebody wants to come out from Vegas or wherever, they will extend a $99 balloon rate, for a room for the night,” he said. “Business is picking up and we are getting a little bit more of the local traffic. Eventually, I would like to focus on drawing from both of the wineries, the racetrack and the gun club. They usually call us the night before the flight, and we pretty much let them know at that point where we are going to meet the next morning just before sunrise.”

For information on special balloon ride packages, or to make reservations, contact Campbell at 702-300-4008, or by email at doug1@lvballoonrides.com

“A lot of men like to go up and propose, and when they do that, they kind of want to be by themselves,” Campbell said. “We can either do a shared basket or a private basket. It all depends on what the customer wants.”