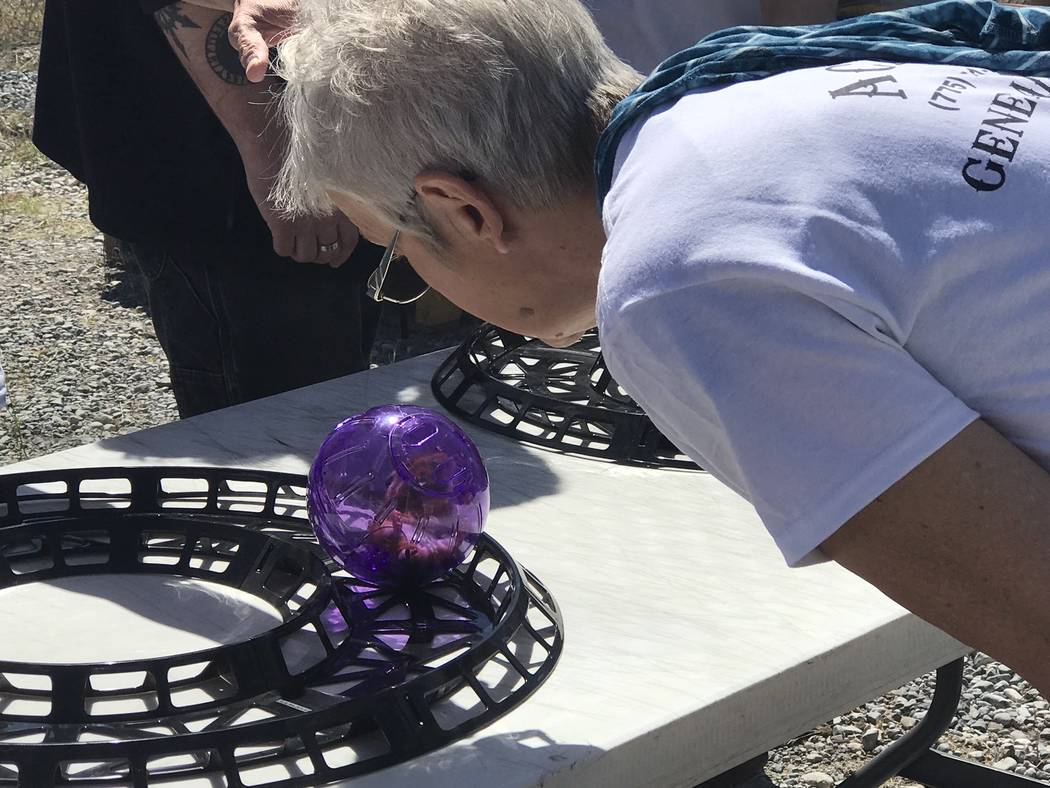 Jeffrey Meehan/Pahrump Valley Times Rodents of all types races around a circular track during Acme General Store's Rodent Races event on April 13, 2019. Mice, rats and other rodents competed during the event. 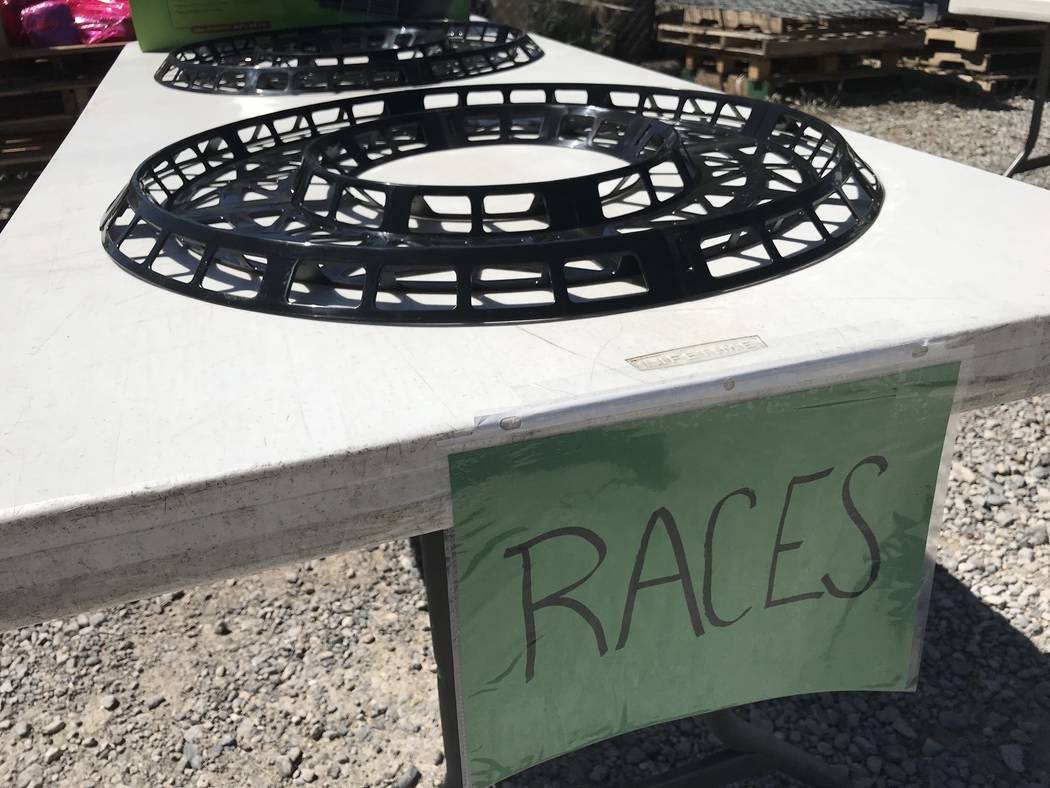 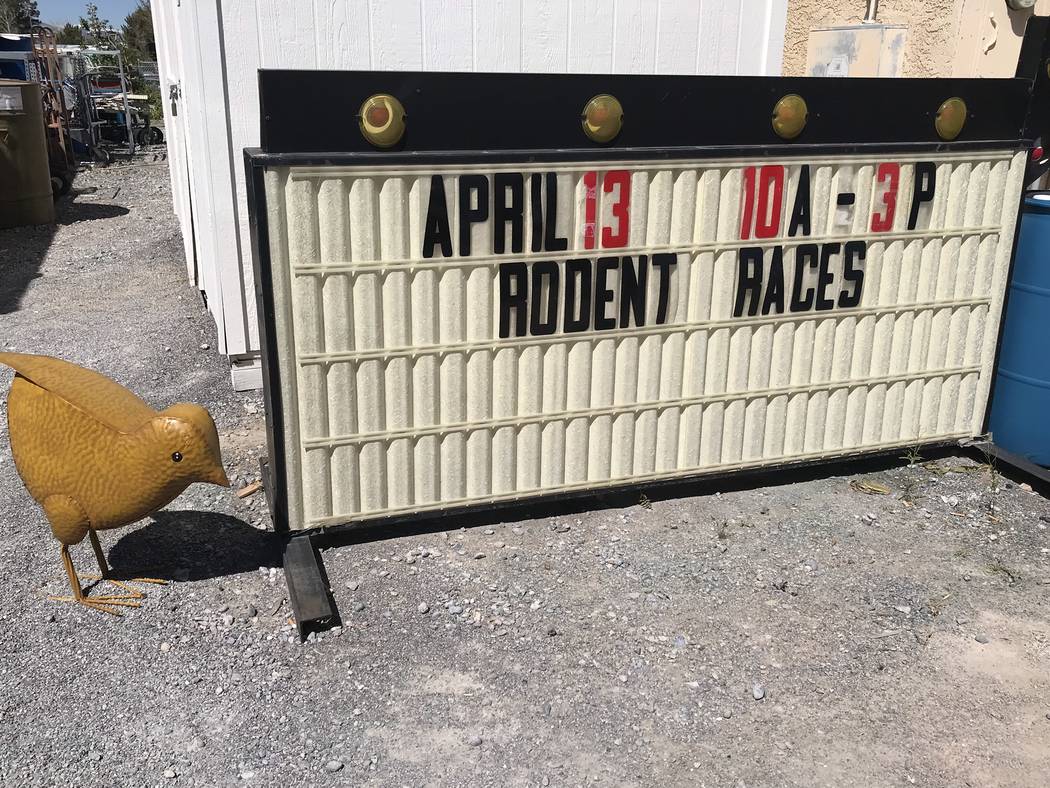 Jeffrey Meehan/Pahrump Valley Times Acme General Store in Pahrump hosted an event that brought out some of the areas top rodents. Guinea pigs, mice, rats and also hamsters were invited to show off their power in Acme's inaugural rodent race. 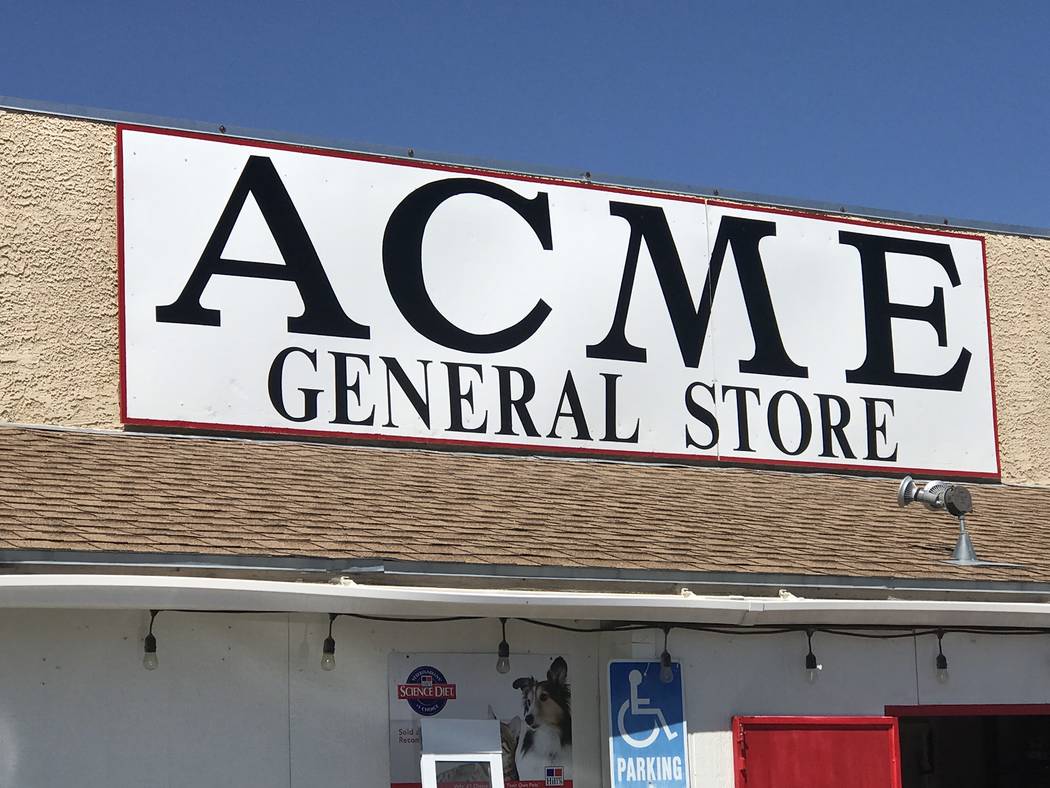 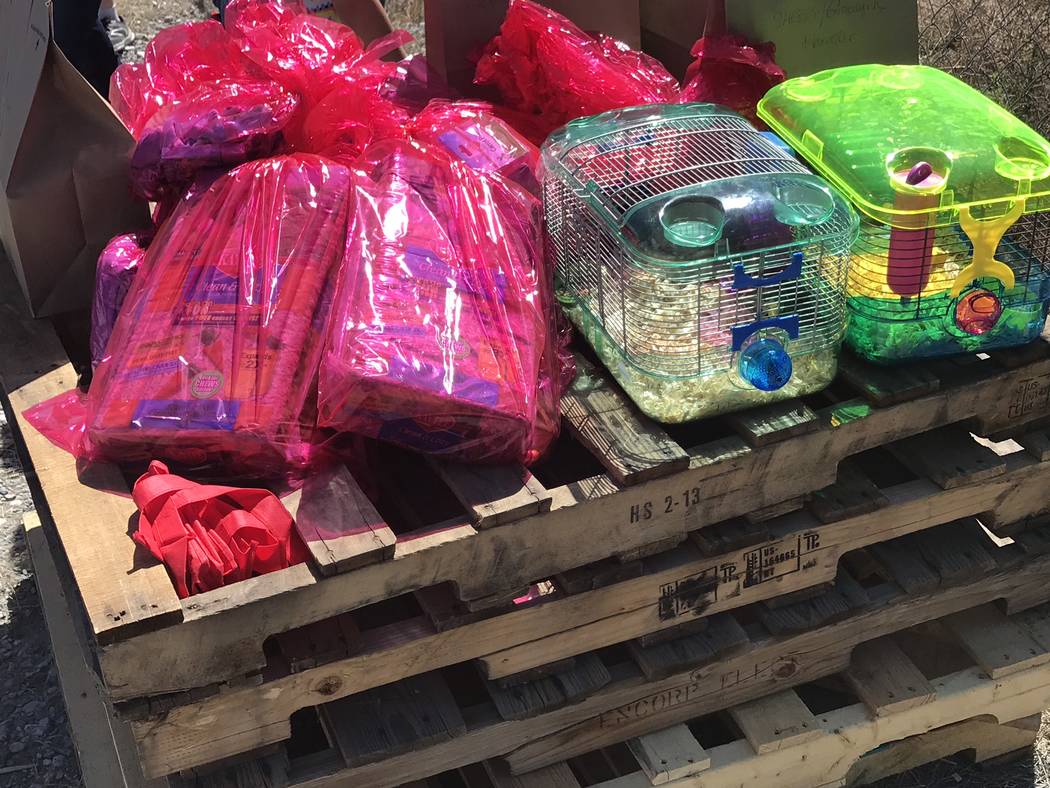 Jeffrey Meehan/Pahrump Valley Times Several drawings were given out during Acme General Store's inaugural Rodent Races event in Pahrump. The day-long event was held on April 13, 2019. 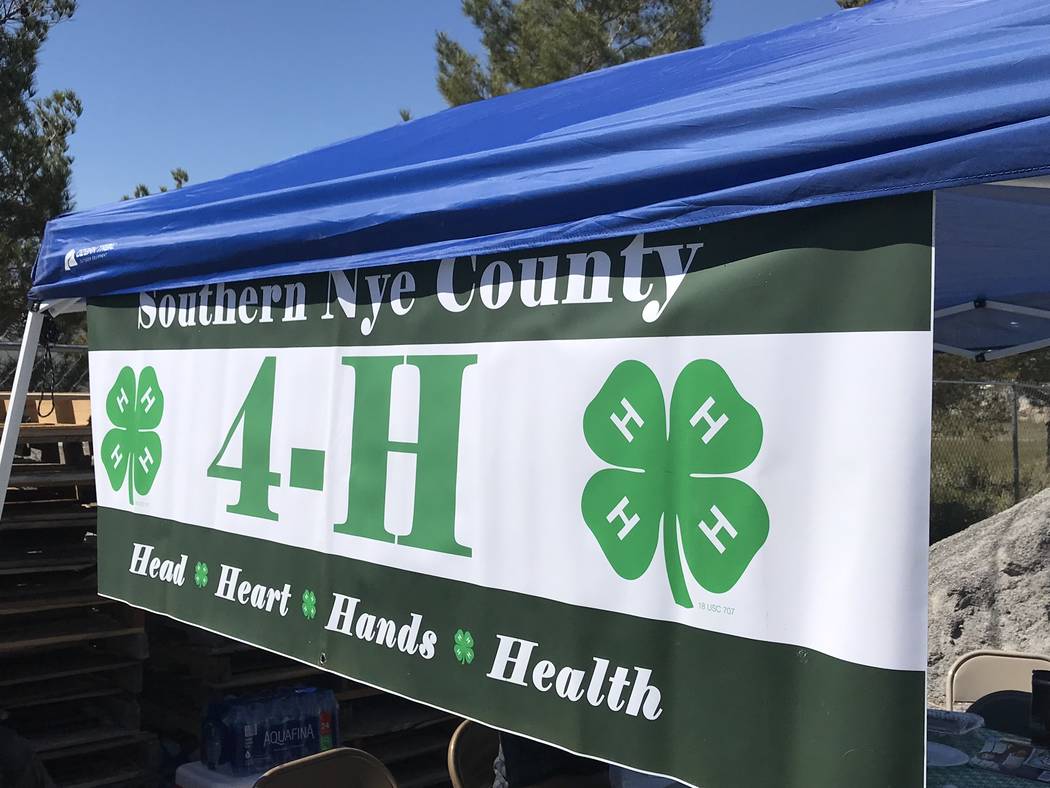 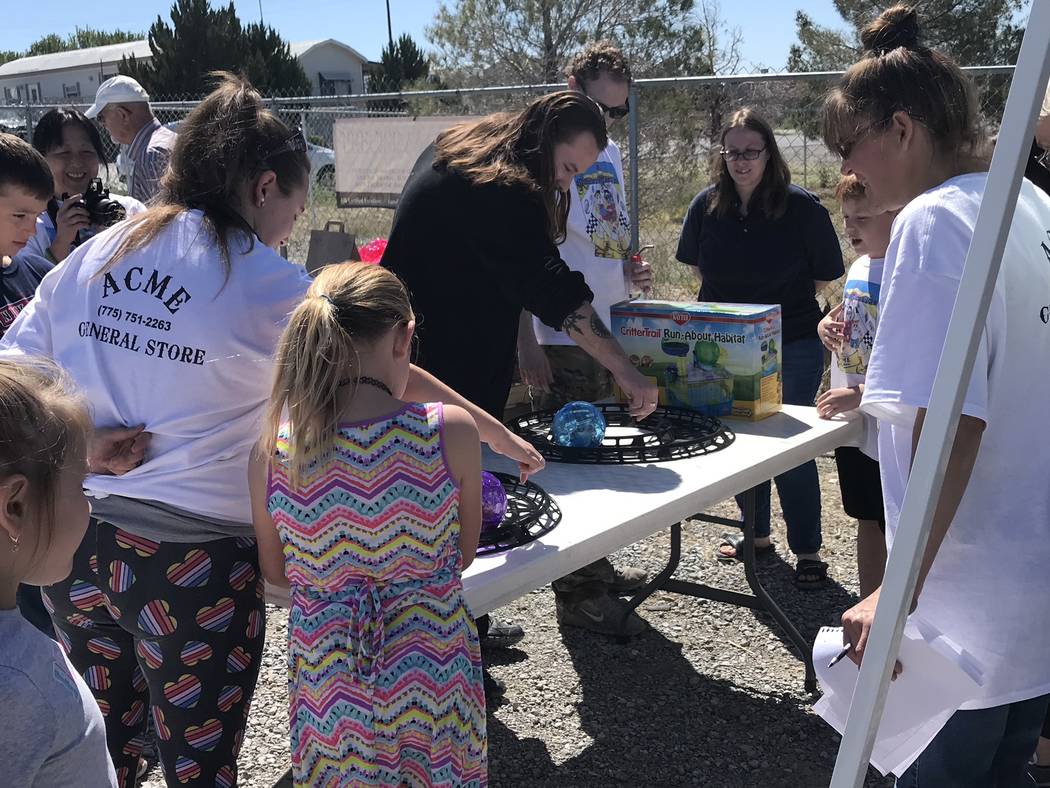 Jeffrey Meehan/Pahrump Valley Times A crowd cheers on as rodents make their way around a circular track during the inaugural Rodent Races in Pahrump. The event was produced by Acme General Store at 800 West Street.

Some of Pahrump’s smaller creatures battled their way to the finish line during an event in mid-April.

Area children and adults cheered on as mice, rats, hamsters and guinea pigs raced their way around a circular plastic track during an event dubbed the Rodent Races. The event occurred at Acme General Store, also the producer of the venue, at 800 West Street in Pahrump.

About a dozen racers had shown up to the event in the first hour and others were still signing up, according to Missy Handler, general manager of Acme General Store.

Participants in the races were required to pay a $5 fee. With that fee, racers received several items in a contestant package: “racing ball, a certificate” and a photo with their “racer,” according to a flyer promoting the event on Acme’s Facebook page.

The event also brought out local clubs looking to fundraise, including Pahrump Southern Nye County 4-H and others.

“We do want to promote the youth,” Handler said. “We’ve got a youth group doing a bake sale and face painting. 4-H is out there promoting their group.”

The event also included prizes and drawings. Some of the prizes included cages and baskets.

“We’re trying to give away something from every area of our store: fish, reptile, birds…,” Handler said.

Kaytee Products Inc., a company that sells products and food for pets, wild birds and small animals, sponsored the event.

“I helped sponsor it, so I donated a couple hundred dollars worth of free items, raffle gifts, get people intrigued to come here,” said Jamie Ruiz, sales rep for Southern California and Nevada for Kaytee.

“I love the fact that they did other things too. They did the hamster races,” Ruiz said. “They got 4-H involved. They got a lot of other different vendors here, and different youth groups.”