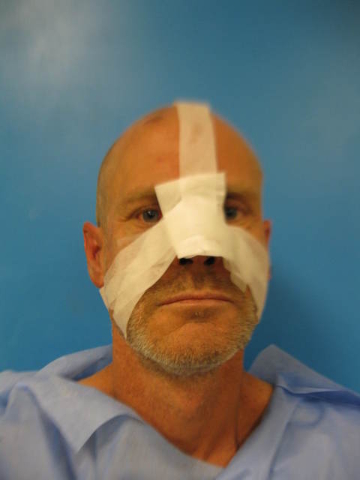 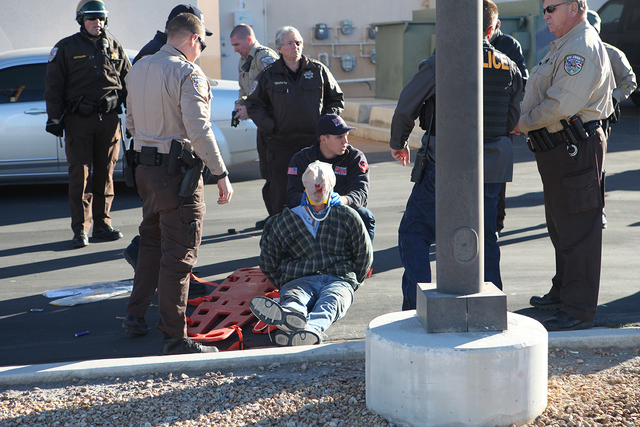 Jeffery Stevens, 46, was sentenced to 6-to-15 years in the Nevada Department of Corrections on aggravated stalking, resisting a public officer and violation of a protective order.

He was also sentenced to 19 months to four years and five years’ probation on one count of unlawful use of a controlled substance.

That sentence will be suspended with credit for time served.

Stevens was arrested Dec. 17, after a struggle with Nye County Sheriff’s deputies.

“Aggravated stalking is a very serious Category ‘B’ felony,” he said. “Resisting a police officer with use of a firearm, while violating a protective order is a Category ‘C’ felony. We believe that justice has absolutely been served.”

A week before his arrest on Dec. 10, deputies said Stevens went to the home of his estranged wife, who had an active extended protective order placed against him.

Deputies reviewed the footage of the victim’s security camera and saw Stevens try to open the woman’s front door, then cover the camera lens with his hand.

Sheriff’s deputies were dispatched to the victim’s home again later on Dec. 10, as she heard loud banging on her sliding glass door.

Upon arrival, deputies were unable to locate Stevens in the area.

A day later, deputies were again dispatched to the woman’s home as she stated that Stevens was at her bedroom window begging for her to let him inside.

Dispatchers said they could hear a faint voice that sounded like it was coming from outside on the line, according to deputies, but they failed to locate the suspect.

On Dec. 15, a sheriff’s deputy was dispatched to an address on Mayfield Ranch Road for a report of a disturbance.

After arriving, the deputy made contact with the female victim and learned that Stevens was inside the residence.

According to the arrest report, when the deputy entered the residence, Stevens attacked him, repeatedly punching and beating the deputy in the head and face.

During the scuffle, Stevens repeatedly tried to remove the deputy’s weapon from its holster.

The deputy was able to protect himself and the victim from further harm, while Stevens quit fighting and fled the scene.

The deputy was transported to Desert View Hospital for non-life-threatening injuries.

Two days later, the sheriff’s office received a 911 call, alerting them that Stevens was threatening an individual at a Pahrump business with a shotgun while looking for his wife.

Deputies responded to the business but found that Stevens had left on foot prior to their arrival. They eventually located Stevens along Dahlia Street near Basin Road and Highway 160.

He was eventually placed under arrest and transported to Desert View Hospital for minor injuries sustained during the struggle with deputies, before being taken to the Nye County Detention Center.