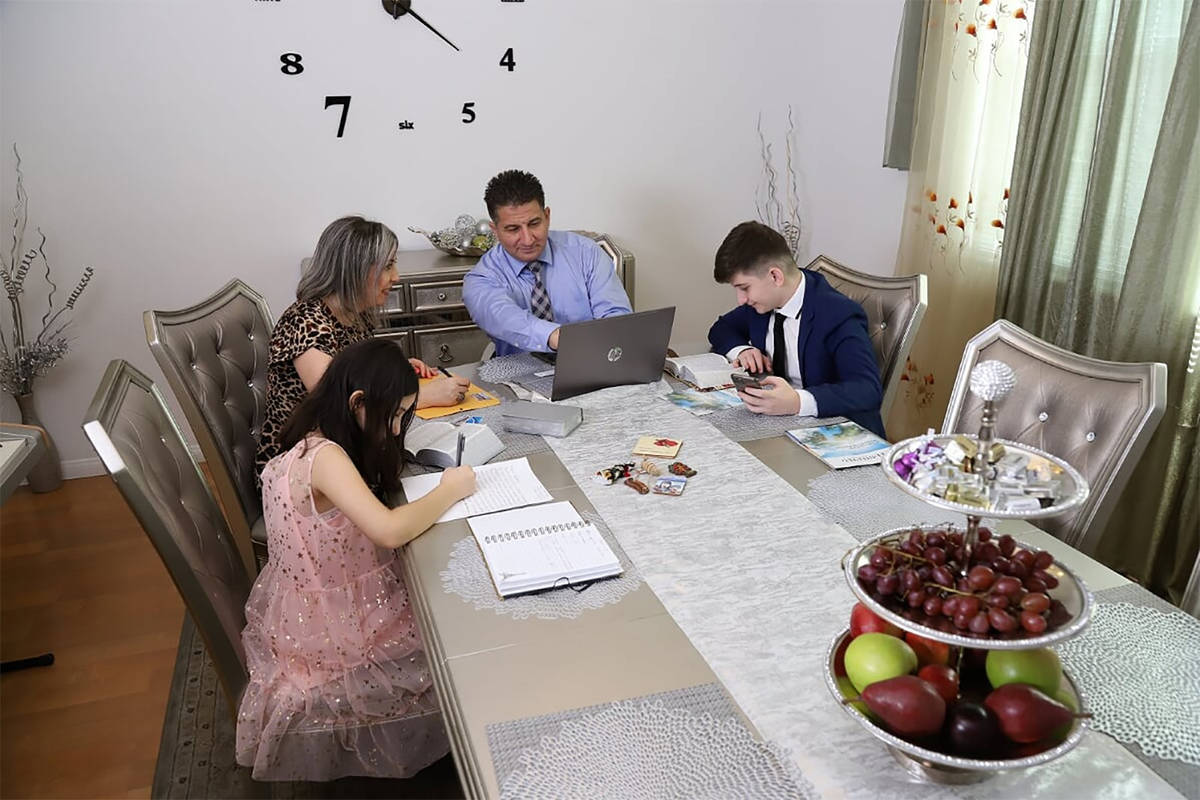 Special to the Pahrump Valley Times In Nevada, Jehovah’s Witnesses have been adapting to the change in innovative ways. Anri and Ericka Malkhasyan, ages 14 and 10, serve along with their parents in an Armenian-language group. They keep up their ministry by writing letters in Armenian with their parents, to share the Bible’s message with Armenian-speaking people.

They come from hundreds of ethnic and language backgrounds, but are united by common goals around the world.

Since the early 1900’s, Jehovah’s Witnesses began going door-to-door, delivering the teachings of God and Jesus Christ as part of their core mission.

As such, it’s safe to say that perhaps no other religion is more dependent on face-to-face contact than Jehovah’s Witnesses, who are known for knocking on doors and standing on street corners to share comfort from the Bible.

However, due to the COVID-19 pandemic, the Jehovah’s Witnesses were forced to stop those activities back in late March of this year.

As a result, according to a news release, the Jehovah’s Witnesses got creative, as they are now writing letters, making phone calls, and using other means to contact individuals and families.

The change is unprecedented for Jehovah’s Witnesses, according to the religion’s U.S. spokesman, Robert Hendriks. “Since March, all 1.3 million Witnesses in the U.S. have stopped their public ministry and switched to virtual. The two principles that motivate our ministry of knocking on doors are love of our neighbors, and the sanctity of life. Those same principles also led to their decision to suspend the very activity the organization is known for. We felt it was not in line with loving our neighbor to go to their door.”

When the pandemic ends, Hendriks noted that Jehovah’s Witnesses plan to resume their regular door-to-door activity, but phone calls, letters, and virtual communications are here to stay.

Just last month, Jehovah’s Witnesses started a global campaign to send personal letters to political leaders around the world, including officials at all levels of state and municipal government in Nevada.