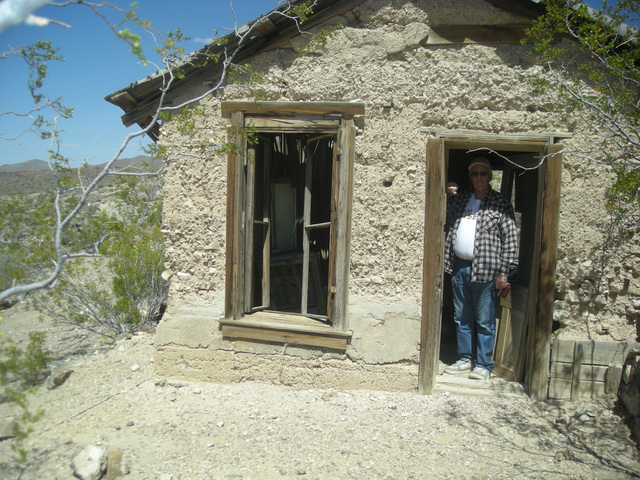 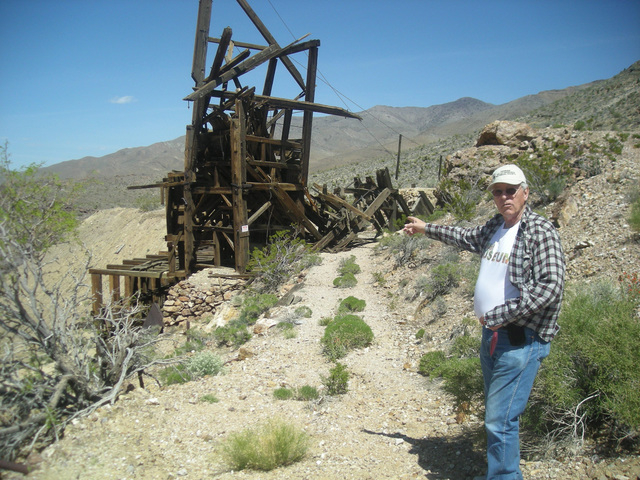 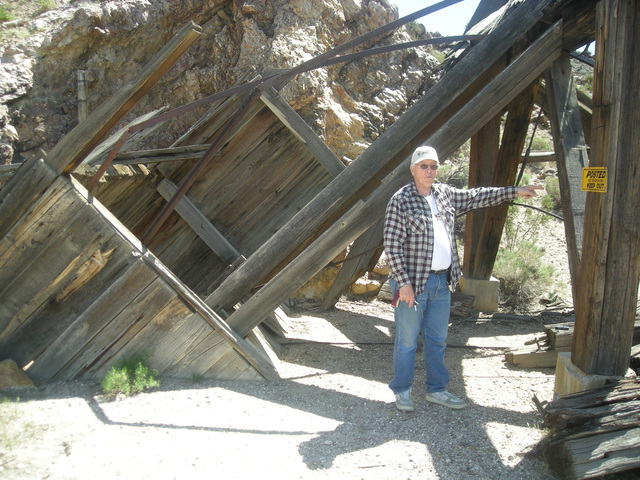 The Pahrump Valley Museum has received a lot of donations of historical artifacts over the years, but none probably as large as the donation of four mines in Johnnie by the Bunker family back in November.

Rulon and Lisa Bunker signed a quit claim deed donating the April Fool, Johnnie, Teddys and the Teddys Terror mines up Johnnie Mine Road to the Pahrump Valley Museum and Historical Society on Nov. 6, with a transfer tax value of $712,500. According to records at the county recorder’s office, the real property transfer tax was $2,778.75. The Bunker family were pioneers in northeastern Clark County after which the town of Bunkerville is named.

But don’t think the Johnnie mine property will be similar to the abandoned Rhyolite town site, where history buffs can stroll on their own on a self-guided tour. Now that the 72-acre property is in the hands of the museum, it will be some time before the public can visit the remnants of the Johnnie mining boom, which includes a large, head frame that dominates the scenery, the remains of a 16-stamp mill used to crush the rock as well as a cabin. The remains of a mine shaft with pulleys for the ore carts are still visible in the mine complex.

Phil Raneri, president of the museum board, said they want to make some improvements first and then only allow visitors on escorted tours.

“We’re actually looking for preservation. They gave it to us so that we could manage it, just take care of it,” Raneri said. “We’re going to do some cleaning up there, see if we can eventually fix it up.”

The museum board plans to install a gate to close off the access road to the site from Johnnie Mine Road, he said.

“We’ve already insured the property so in case we had liabilities up there. We don’t want to be sued. We put signs up. There are signs up right now saying no trespassing and we’re hoping people will not trespass,” Raneri said.

“It’s not something for sale and it’s not anything for mining, so we’re not going to be bringing anybody in for test pits or somebody who wants to come in who thinks they can still find gold,” he said.

Raneri said museum officials would like to renovate the cabin to demonstrate life during the Johnnie mine boom, he doesn’t know if it was the superintendent’s cabin. Other buildings collapsed, but there are still stone foundations and some wood remains.

Over a dozen adits will need to be fenced for safety, Raneri said. Adits are diagonal entrances to mine shafts that still dot the landscape.

The museum board worked with the Bunkers for a year on the property transfer, Raneri said.

“When it was finished we didn’t see a need to do a press release because we still weren’t inviting anybody up to see it,” Raneri said.

On the 100th anniversary of the founding of Johnnie in 2004, former museum board member John Weisser wrote in a Pahrump Valley Times guest article it was George Montgomery who struck gold in the Johnnie Hills in 1891 while searching for the famous Breyfogle mine. But it was the Congress mine where Charles Breyfogle found his rich, gold specimens, Weisser wrote.

Los Angeles mining investors Carl Schader and T.A. Johnson acquired the Johnnie mine and 13 claims in 1903. The Johnnie Consolidated Milling and Mining Company covered 182.91 acres. Weisser wrote Johnnie at one time had a population of about 500 miners and family members. There was a tent town of Bowlerville, located in American Gulch just below the Minnie Mae mine. Water was piped in from Horseshootem Springs to a 1,500-gallon storage tank.

Jim Butler, the founder of Tonopah, bought the Chispa mine and changed it to the Congress mine. Alva Meyers, the patriarch of Goldfield, purchased the Johnnie mine. J. Ross Clark, after whom Clark County is named, and Aaron Winters had mines in the area. Weisser said an estimated $10 million worth of gold was mined in Johnnie.

Mining was done sporadically as late as World War II.