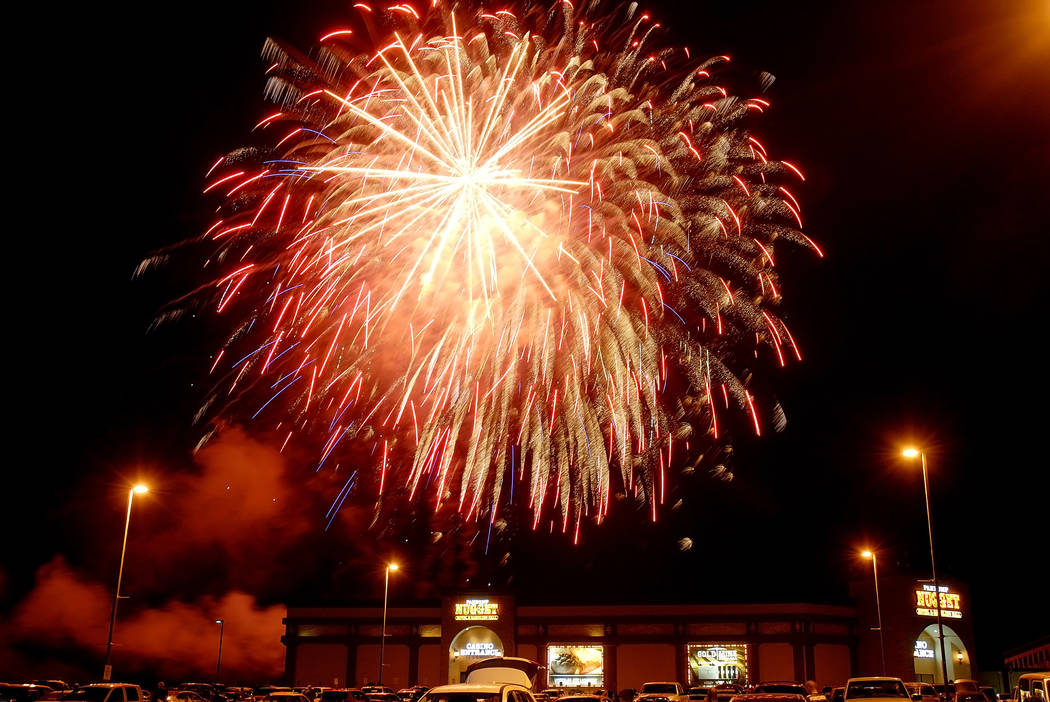 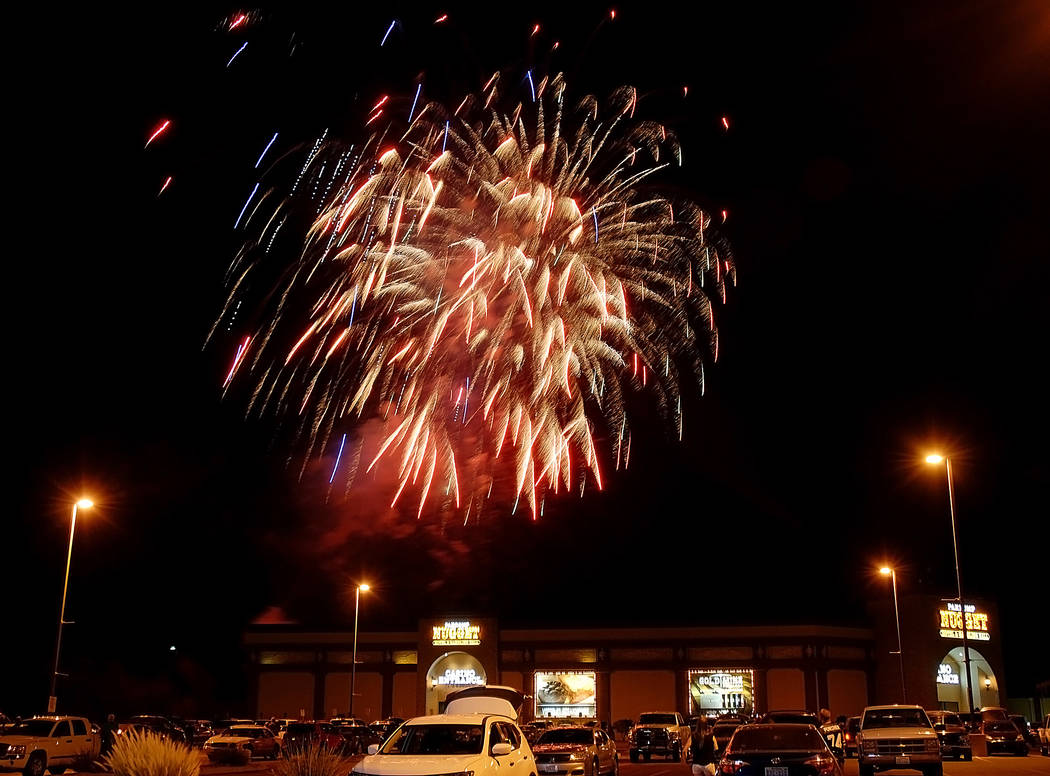 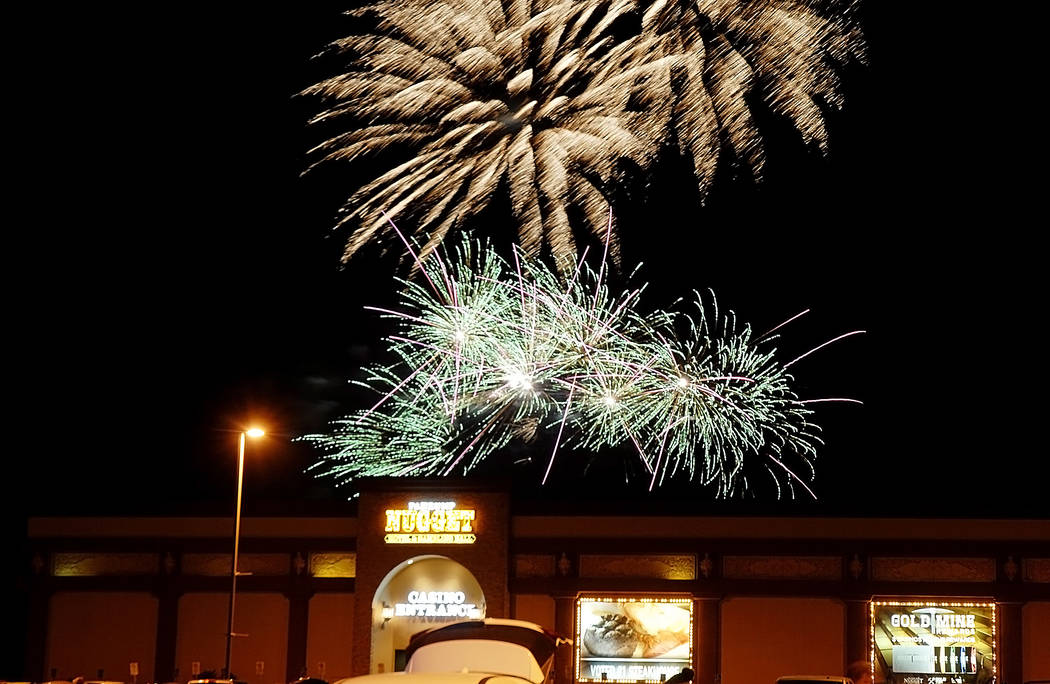 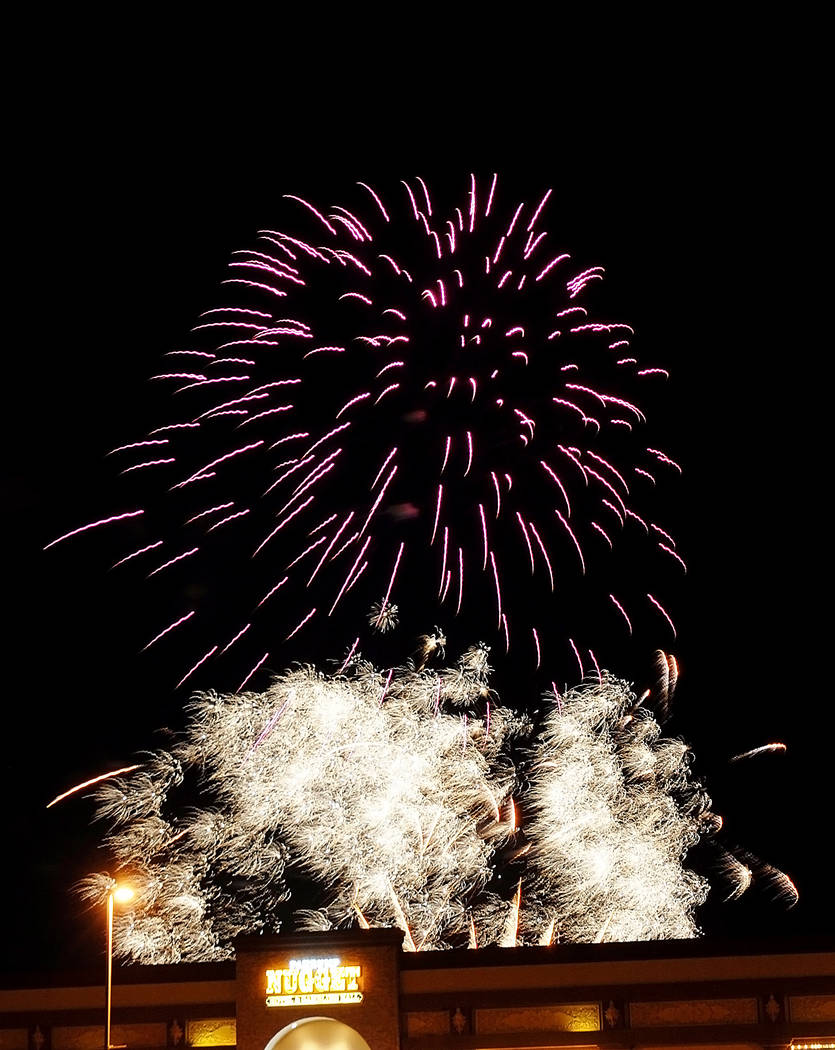 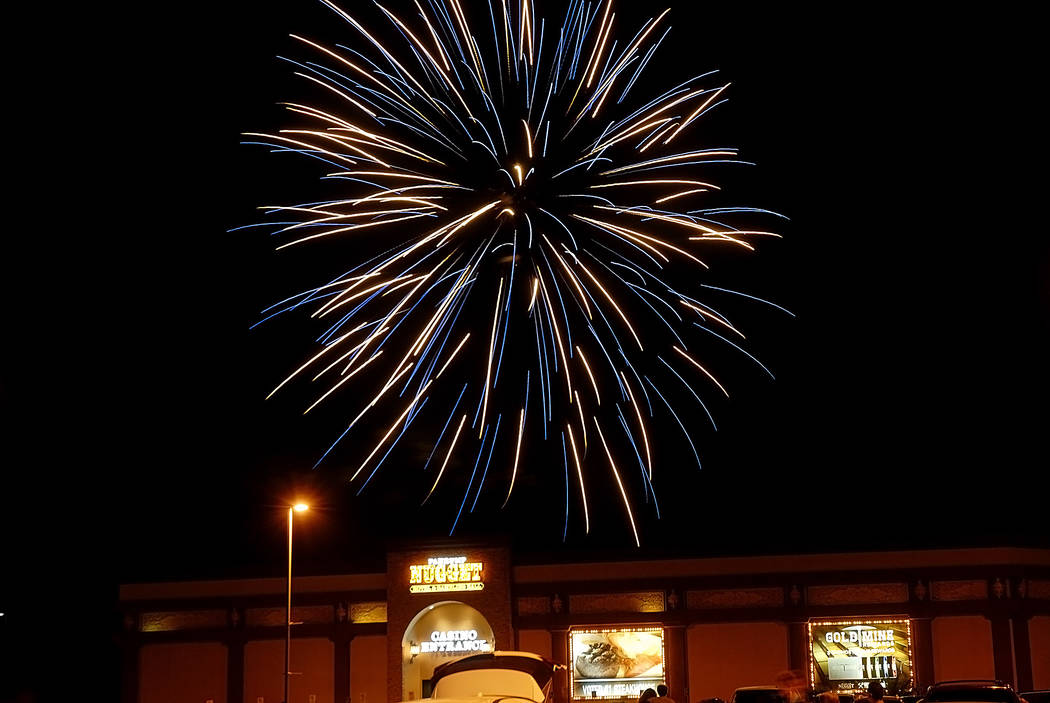 The Pahrump Nugget celebrated the Fourth of July a little early this year, hosting its annual Summer Celebration event and fireworks display on Sunday, July 2.

“This year, the Fourth of July was on a Tuesday, so we thought why not do it on a Sunday … kick July off with a bang,” said Catherine Tillett, marketing director for Golden Entertainment Group.

Dozens of local and out-of-town guests attended the festivities at the Pahrump Nugget throughout the evening.

Attendees interested in the fireworks display at 9 p.m. filled the west parking lot at the Pahrump Nugget —some taking in the show from their lawn chairs, while others chose to take in the glittery night sky from their vehicle.

Tillett said the Pahrump Nugget had drink specials and point multipliers for members of its loyalty rewards program from 5 p.m. to 9 p.m., as part of the celebration. Pahrump Nugget also brought in live entertainment from 6 p.m. to 8 p.m.—the Reeves Brothers, a well-known local group, she said.

The kids weren’t left out of the celebrations. The gaming property offered specials at the bowling alley.

The Pahrump Nugget drew in locals and guests from the surrounding areas.

“It brings in a lot of guests from surrounding areas — Beatty, Tonopah, Amargosa Valley, Las Vegas, different places like that, so our occupancy really spikes up,” Tillett said. “We know that the residents of Pahrump and surrounding areas really enjoy it. It’s really good for us and the community as well.”

This is the eighth annual event the property has put on. In past years, Tillett said the property offered an outdoor event but decided to move things inside, as summer temperatures can reach above 110 degrees.

The town of Pahrump planned its fireworks show for 9 p.m. Tuesday at Petrack Park.

The Pahrump Valley Chamber of Commerce canceled its annual Independence Day Liberty Festival at Petrack Park, though the group set its Fourth of July parade at 9 a.m. Tuesday in the Calvada Eye. The Veterans of Foreign Wars Ladies Auxiliary was set to hold its annual breakfast at the Eye.