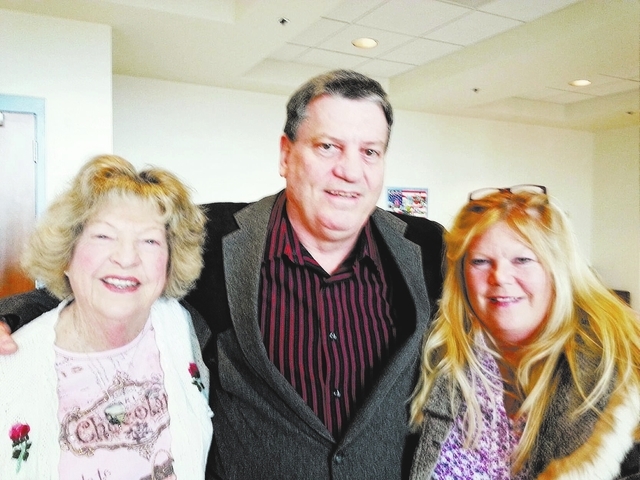 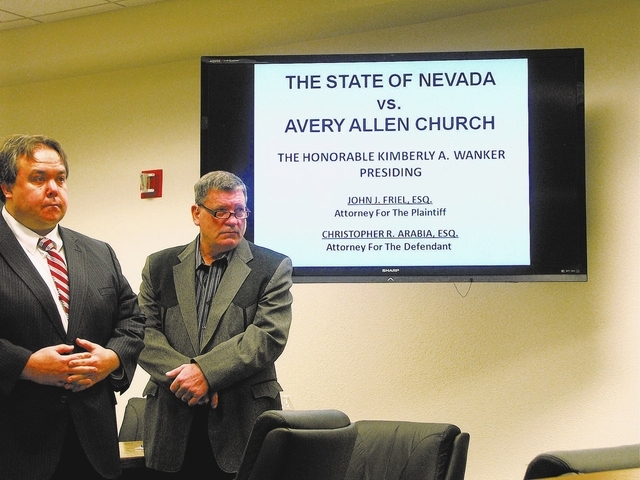 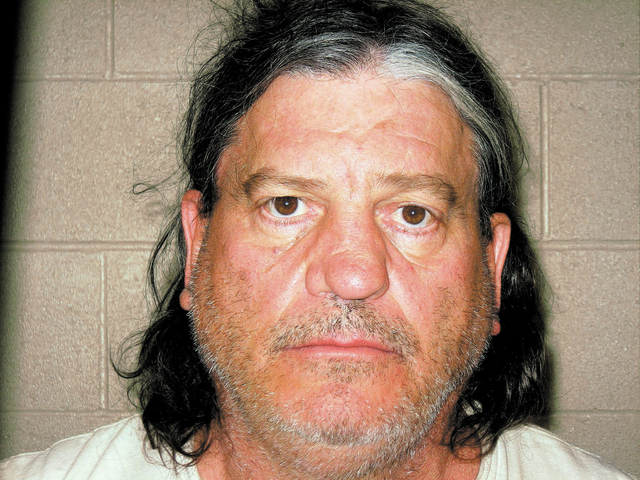 TONOPAH — A jury found a defendant charged in the February 2013 shooting death of an Amargosa Valley man not guilty of murder last week following a week-long trial in the case.

Avery Church, 58, was found not guilty on charges of murder with use of a deadly weapon, aiming a firearm at a human being and two counts of discharging a firearm where a person may be in danger that stemmed from the Feb. 17, 2013 shooting death of Jon Sprague.

Church’s defense in the case, according to his attorney Christopher Arabia, was that he shot Sprague in self-defense after the man showed up to his property and hit him during an argument over an earlier incident.

Church was first arrested in the case after Nye County Sheriff’s deputies were called to his residence on North Tamarack Ave. last year for a report of a man who had been shot.

Upon their arrival, officers found Sprague lying in the driveway suffering from a gunshot wound to the abdomen. Deputies administered first aid until he could be transported from the scene for emergency medical treatment. He died, however, before he reached the hospital.

An arrest report noted the confrontation that led to Sprague’s death had apparently started two days prior to the shooting.

Church had allegedly gotten into an argument with family members on Feb. 15, 2013 and was asked to leave their residence. Witnesses told police he then allegedly walked out with his hand on his gun in a threatening manner.

The day of the shooting, Church allegedly confronted four teenage boys present during the argument as they were collecting firewood across the street from his home.

The teens told police they began to argue and the argument became heated until Church allegedly pulled out his gun and pointed it in their direction. They said he then spun around and fired two rounds into a nearby stump.

The boys left the area and told an adult family member, who was with Sprague, about the argument.

Less than an hour later, Sprague arrived at Church’s home to confront him about pointing his gun at the boys. It was during that conversation Church allegedly shot and killed Sprague in his driveway.

Church told police at the time he felt scared and threatened after Sprague showed up that afternoon. Sprague allegedly punched Church in the ear and chin, refusing to leave when he was told to do so. That’s when he said he pulled his gun on the other man.

“I have the burden of proof … and I take it seriously,” he said. “Avery Church did it. There is no question about it.”

He proceeded to outline how a family dispute several days prior to the shooting over one of the juvenile boys he later confronted killing several dogs had escalated and ended two days later with Sprague’s death.

Arabia, however, told jurors Sprague was heavily intoxicated when he arrived at Church’s address and struck and hit him twice on Feb. 17, 2013.

He said Sprague had a blood alcohol level over twice the legal limit at the time of the altercation, adding numerous law enforcement agencies failed in the investigation of the incident.

“James Sprague was stinking drunk and out of control,” he said.

The state was first to present its case to jurors, bringing before them several witnesses to testify about the events leading up to the shooting and the shooting itself.

Church’s brother-in–law Bert Lucas, who was in the vehicle with Sprague when the man drove to Church’s residence to confront him the day of the incident, testified things had been tense since an argument at his house on Feb. 15, 2013.

Lucas reportedly told the court he, several family members and Sprague were drinking beer when Church arrived at his home.

Discussion soon after turned to earlier events where Lucas’ son had shot a pit bull he said had been menacing his livestock, to the point where his wife intervened and was threatened by the animal.

Sprague and Church apparently disagreed about the juvenile killing the animal, with Church allegedly telling the group he thought such animals should be running free while Sprague said he believed they should be penned.

Lucas then testified a personal comment directed toward his family enraged him, causing him to tell Church to leave the residence.

Lucas testified Church was wearing a sidearm that evening and as he left had his hand on the gun as he walked out of the home. After backing out of the residence, Lucas said Church sped away and fired two shots in the air.

Two days later, he testified he and Sprague were driving to talk to his neighbor who was interested in buying some horses when they spotted the four teenage boys present at his home two nights prior during the heated argument.

He said the boys told them they had just seen Church and that he had allegedly pointed a gun at them.

Lucas then testified Sprague, who was angered by what the boys had told him, drove them to Church’s residence.

Sprague got out of the vehicle and Lucas said after he glanced away for a moment he saw the two men face to face and that’s when he said Church shot Sprague.

He added just before Church shot the other man, Lucas had seen Sprague leaning back with his hand clenched.

NCSO Lt. Frank Jarvis testified after police were called to the scene, he interviewed Church about the incident. He said the defendant told him just before the shooting he had been in his home cooking spaghetti. He said Church stated he then went outside wearing his revolver, when he was approached by Sprague in a threatening manner. He said Church said Sprague then struck him twice and Church shot him.

Friel reportedly produced several photos taken of Church on the day of the shooting, one of which showed a scratch on the defendant’s face.

Dr. Rexene Worrell, former contract coroner for Nye County, also testified at the trial, stating her autopsy performed in Pahrump revealed that Sprague had a .174 blood alcohol level at the time of the incident and that the man had abrasions on his left hand.

Jurors also heard a recording of a 40-minute interview between Church and NCSO Det. David Boruchowitz, in which Boruchowitz can be heard asking Church “what did this guy (Sprague) do to die?” to which Church replied “he was beating me.”

Following the conclusion of the state’s case, Arabia said he presented several witnesses in his client’s defense, including an expert and a deputy who responded to the shooting.

Additionally the defense called Church’s sister and Lucas’ wife, Nita Lucas, to the stand. She said her brother did not pull a gun and never threatened anyone on Feb. 15, 2013, adding she did not hear shots when Church drove away that night.

During closing arguments, Friel discredited Church’s self-defense claim, telling jurors no one deserved to be killed that day.

Arabia reiterated, however, the victim was intoxicated when he arrived at Church’s residence that day where he proceeded to hit Church, giving him a concussion.

Although he admitted it wasn’t the smartest thing to do, shooting Sprague in self-defense, the attorney said, it was not against the law.

After several hours of deliberation, the jury came back with a not guilty verdict on all four counts.

Arabia said in the end he was confident in the defense he presented to the jury.

“I was confident that it was a good defense and I think we had a fair trial and we presented it to the jury and they’re the ones that make the ultimate decision,” he said after the trial.

Friel was not immediately available for comment before press time Tuesday.