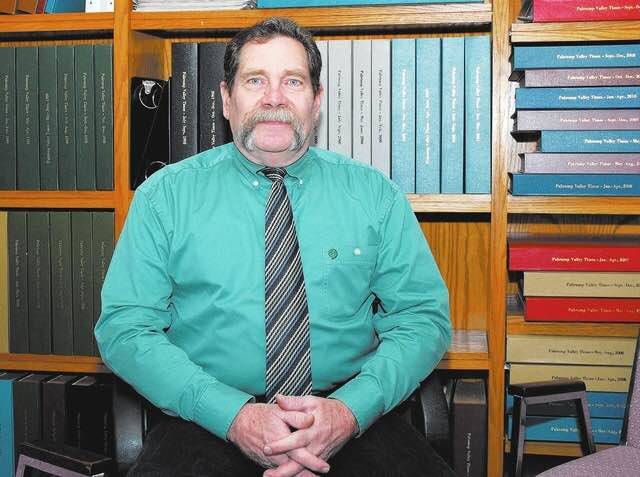 Special to the Pahrump Valley Times Pahrump Justice of the Peace Kent Jasperson, who is seeking re-election, has lived in Nye County for more than three decades when he began his career with the sheriff's office in Pahrump back in 1980. Jasperson has also worked in jurisdictions such as Tonopah, Round Mountain, Gabbs, and the Smoky Valley area, for roughly his 37 years in law enforcement.

After proudly serving two terms, Pahrump Justice of the Peace Kent Jasperson is running for another term on the bench, as he looks to defeat dark horse opponent Walt Grudzinski on Nov. 3rd.

Prior to being elected to the bench, Jasperson was a Nye County law enforcement officer with the Nye County Sheriff’s Office since 1980.

“I put in 25 years and I’ve worked in all various areas of the county,” he said. “I worked here in Pahrump and I worked out at the Nevada Test Site and I also worked up in Tonopah. I even worked in areas such as Round Mountain, Gabbs, and the Smoky Valley area. I came to Pahrump in 1980 when I started with the sheriff’s office, except for the 10 years that I was up in Tonopah and the northern end of the county. I came back and finished up my law enforcement career here in Pahrump. It’s been a total of 37 years that I have been with the county now.”

During his time on the bench, Jasperson has presided over countless court hearings and proceedings.

He spoke about some of the more challenging aspects of being a Pahrump justice of the peace.

“I think one of the toughest parts is the wide range of cases that you handle because you don’t really specialize in any one thing,” he said. “You have to have a good working knowledge of felony crimes, gross misdemeanor crimes, misdemeanors, and you have to know your civil law because you do protection orders, small claims and you do civil actions.”

Jasperson also said that the justice of the peace is not your regular 9-to-5 profession, as he is continuously on call where sheriff’s office deputies may need him to sign off on search warrants and such.

Conversely, Jasperson talked about some of the more gratifying aspects of the job.

“The most rewarding part of being justice of the peace is when you see people that you have put through the system, or put through the drug court and they have actually got back on the right track,” he said. “They will come up to you from time to time and thank you for helping them get their lives straight. That’s probably the most rewarding part.”

Many of the individuals who appear before Jasperson in the courtroom face drug charges, a fact that Jasperson also spoke of.

“I know that there are a lot of people that I see come through court on drug-related charges,” he said. “Those charges are widely scattered because they result in everything from thefts and burglaries, to domestic violence issues and protection orders because of the use of the drug.

“It is a widely scattered variety, but the drug use here in town is kind of discouraging and I thank God for Judge Wanker and her drug court. People go through drug court and hopefully the court was able to channel people through there to get them the help they need to get off the drugs, and get back to a meaningful life.”

On the issue of campaigning amid a pandemic, Jasperson said the situation is indeed problematic.

“This year has been really strange here for a lot of elections due to the COVID-19 virus,” he said. “Usually we can get out and talk to people, and do meet-and-greets, for the people to know who the candidates are. Now you are not as publicly accessible as you would like to be.”

“If somebody wants to contact me or talk to me about my campaign, they are more than welcome to call me on my cell phone,” he urged.

Jasperson said he is not available during campaign hours, though after hours he is.