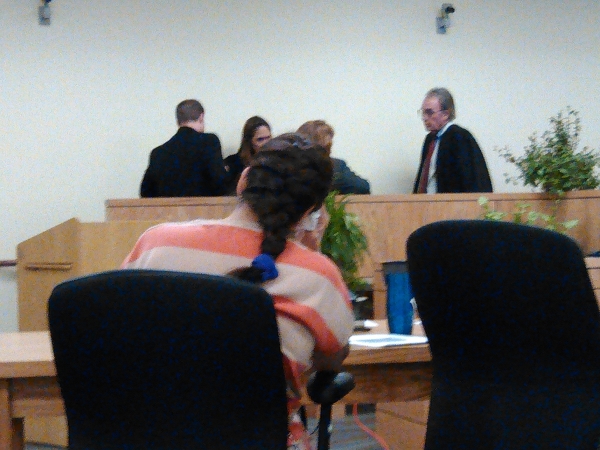 Pahrump Justice of the Peace Ron Kent is in an intensive care unit at UCLA Medical Center, following surgery for what is described as a life-threatening abdominal aortic aneurysm.

The aorta is the largest artery in the body, which carries oxygen-rich blood pumped out of the heart.

Aneurysms are a health risk because they can burst or rupture, leading to shock or death.

“His surgery really scared me because it was only supposed to last six to eight hours and it went 12 hours,” she said. “The doctor kept using the words life-threatening, which I didn’t like. If that aneurysm had burst, he would have been dead.”

Kent was admitted to UCLA Medical Center a week ago.

Kent’s case load is being handled by former Judge Margaret Whittaker during his absence.

Kent’s surgeon, Doller noted, is a respected, world-renowned specialist in the field.

“The head surgeon at UCLA is also an author and teaches classes,” she said. “We went there and he did some tests and the surgeon told him to come back to the hospital on Tuesday. The surgery was on Thursday. Normally when an aneurysm is five centimeters, they need to operate. His was 7.8 centimeters.”

Additionally, Doller said Kent appears to be recovering well, but doctors want him to remain in intensive care for the time being.

“He’s doing okay but with all the drugs they’re giving him in intensive care, you’ll talk to him for a few minutes and then he’ll fall asleep,” she said. “He’ll be in a regular room at UCLA for at least a week after he gets out of the intensive care unit. The doctor said he’ll need at least two months to recuperate.”

Doller also spoke about Kent’s issue with at least three local defense attorneys who are working to remove him from the bench for failing to meet his judicial educational requirements, as set forth by the Nevada Supreme Court.

“As far as what’s been going on with Ron, he’s not really talking about it, nor is he able to talk due to his condition,” she said. “I will say that when he gets better, he will make a statement about this whole thing. They got him up this week to sit in a chair and do a little walking. The nurse said even when he breathes, he hurts because of the incision. Every breath is painful for him. “