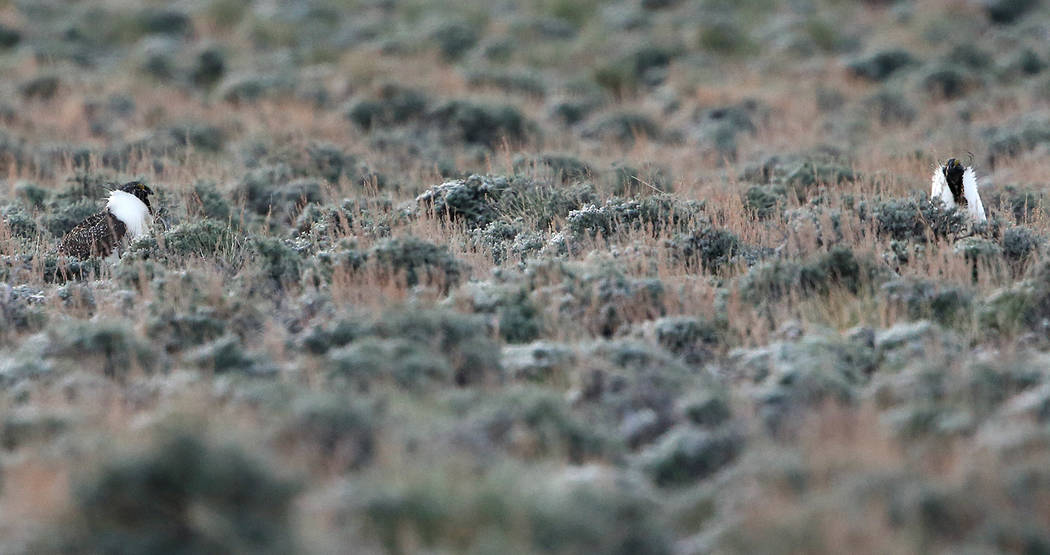 A swath of federal land in southeastern Nevada will not be auctioned as planned amid warnings that fracking there could threaten the city of Mesquite’s water supply, according to a critic of the proposed sale.

Christian Gerlach, an organizing representative with the Sierra Club, said last month that the land in question — more than 100,000 acres — would be excluded from the U.S. Bureau of Land Management’s competitive oil and gas lease sales.

Gerlach and other local officials, including Sen. Catherine Cortez Masto and Clark County Commission Chairwoman Marilyn Kirkpatrick, had urged the BLM to remove the area from the auction. In August, the Mesquite City Council, citing the proposal, passed a resolution opposing oil and gas leases in the region.

The acreage sits in the Tule Desert, north of Mesquite and east of the Mormon Mountains. Critics said fracking there would be risky because the land is within a basin that is the main source of drinking water for more than 23,000 people in Mesquite and neighboring Bunkerville, about 70 miles northeast of Las Vegas.

Government and environmental officials denounced oil and gas development in the state at a news conference outside Mesquite City Hall last month. Gerlach said he learned the day before the conference that the BLM would exclude the acres in question from the auction.

“These acres were specifically removed (by) the local community’s voicing concerns about it,” he said.

The BLM could not be reached for immediate comment to discuss parcels removed from the auction, but the agency previously said it would decide by earlier last month whether objections warranted pulling any parcels from lease sales.

In September, the BLM’s final environmental assessment indicated more than 550,000 acres in White Pine, Lincoln and Nye counties could be on the auction block, but the scope has since been significantly downsized. The federal agency removed more than half of the proposed lease area on Oct. 28 to comply with a court order.

The move came after a judge blocked the Trump administration’s attempt to ease protection of sage grouse habitat and the amount of removed acreage roughly corresponded to a priority habitat designated under President Barack Obama for Nevada and northeastern California, the Associated Press reported.

Oil and gas lease sales must be conducted at least four times per year, as required by the Mineral Leasing Act. But permits to drill are not automatically doled out and instead require additional, site-specific environmental analysis.

Despite the victory, Gerlach said the Sierra Club and other environmental groups planned to go ahead with a planned rally in Las Vegas last month to raise concern over “a whole litany of issues” with oil and gas development in Nevada ahead of scheduled auctions for December and early next year.