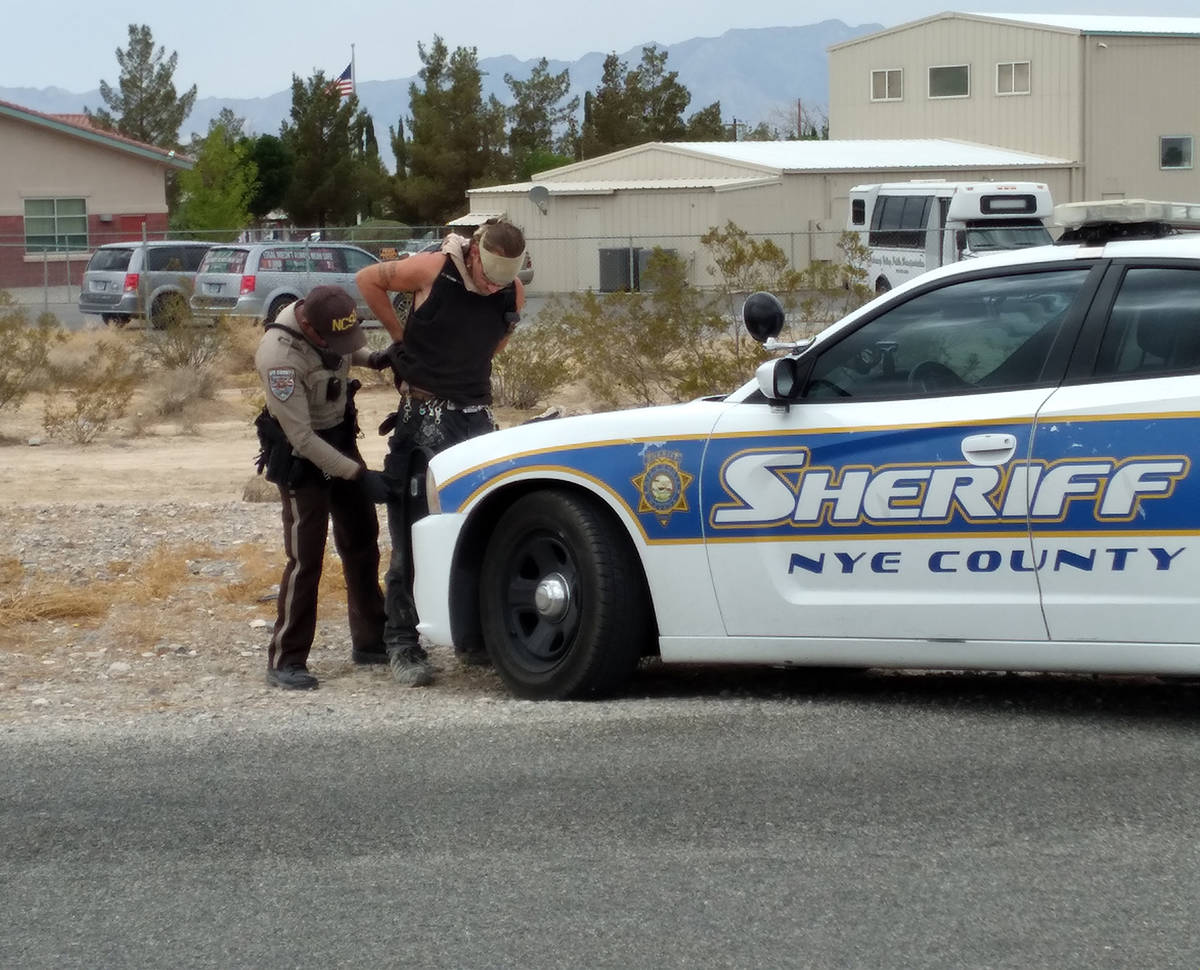 Selwyn Harris/Pahrump Valley Times A Nye County Sheriff's Office deputy recovered a firearm from a man suspected of recently committing larceny of a local business. With tips from the public, the man was located on Wednesday morning July 21, living in a tent along Raindance Drive. 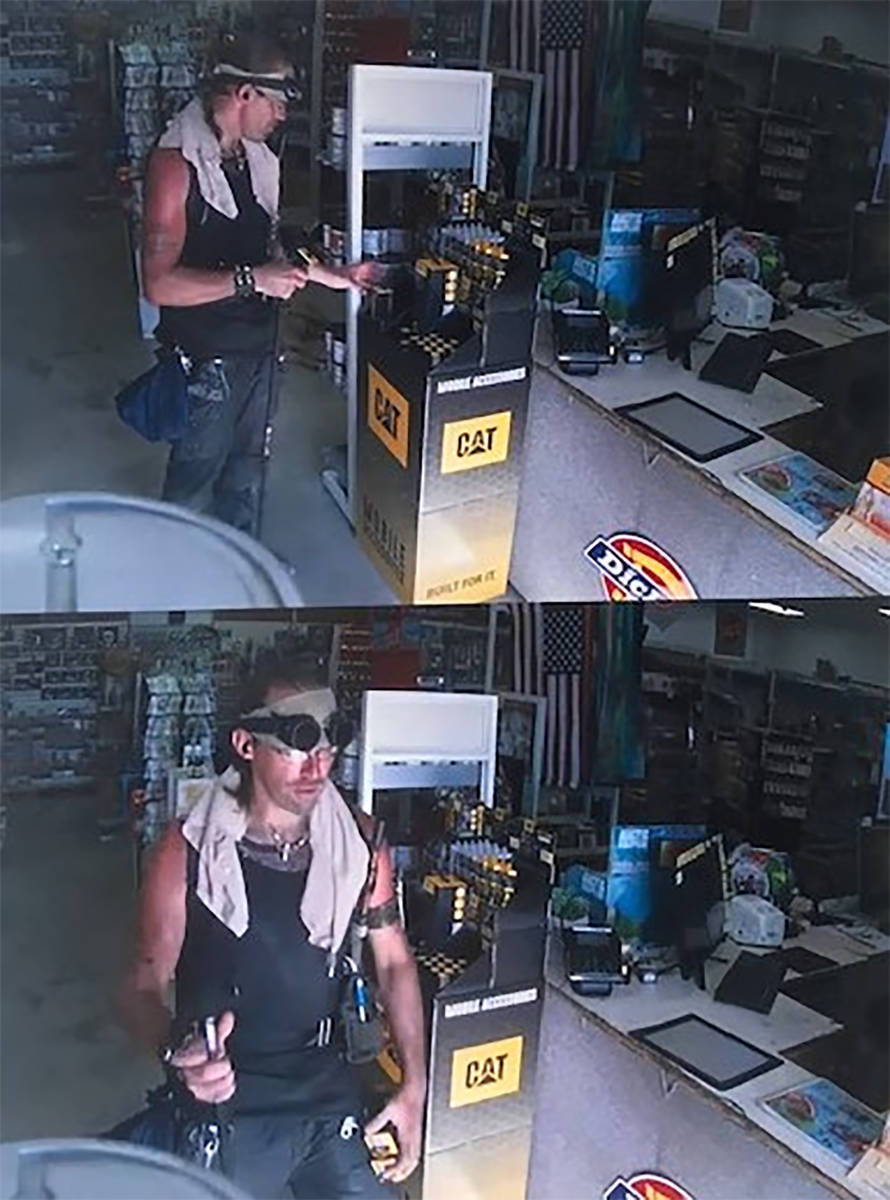 NCSO: Surveillance footage captured the suspect allegedly committing larceny of a local business. The man was located and arrested roughly an hour after his image was posted on the sheriff's office social media page.

The man suspected of committing larceny at a local business has been captured.

Via its social media site, on Wednesday morning July 21, the Nye County Sheriff’s Office sought the public’s help in identifying the suspect whose image was captured on the store’s surveillance cameras.

Roughly 30 minutes later, tips from the community led to the identification of the man.

After receiving additional tips from the public, the suspect was located just before 10:30 a.m., living in a small tent along Raindance Drive, where the arresting deputy also located a firearm on his person, among other items according to communications between the deputy and Nye County Dispatchers.

The sheriff’s office has not released the name of the man, who was eventually transported to the Nye County Detention Center and booked.