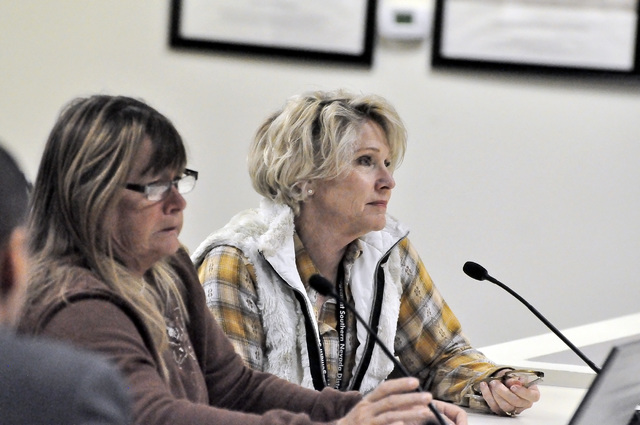 The long administrative path to Last Chance Park might be cleared soon.

Nye County commissioners in December approved submitting an application to the BLM to identify an alternative 10-acre parcel for the project planned for public land in the area of North Stephanie and West Simkins roads.

Linda Hatley, secretary at the Pahrump Public Lands Advisory Committee, said she hopes to have land approval when the committee goes before the county commission to ask for funding in February. The three-phase project would take three years to complete, Hatley said.

John Asselin, a public affairs specialist for the BLM Southern Nevada District, said that the originally proposed parcel at Bell Vista Road and Bannavitch Street was not “suitable.”

“The parcel submitted in the application did not connect to existing trails managed by the BLM, and thus could not be authorized,” Asselin said. “After working with the Public Land Advisory Committee and town/county personnel, they will be submitting an updated application.”

Asselin said the BLM is supportive of the project because the park is for public use.

The proposed park would provide parking and other amenities, as well as access to existing multiple-use roads and trails in the Last Chance Range area, he said.

Hatley said the committee is asking for the completion of three phases of the park.

“First the parking for horse trailers and automobiles,” Hatley said. “The BLM land in that area has many horse trails to ride. Also, people with or without dogs love hiking in this area as well. This will be the first phase. The second phase is planned to be a large and small dog park, a round pen to exercise the animals, with additional auto parking. Then the third and final phase will be more horse trailer parking and auto.”

“Once the new application is received, the BLM will assess the project in accordance with the National Environmental Policy Act (NEPA). The NEPA process will help inform the BLM authorized officer whether or not to authorize the proposed park,” Asselin said.

“BLM supports the process and has helped the community seek locations that could potentially work for this public use,” Asselin added.

Hatley said the Pahrump Public Land Advisory Committee expects to get a response from the BLM within a month after submitting an alternative parcel.