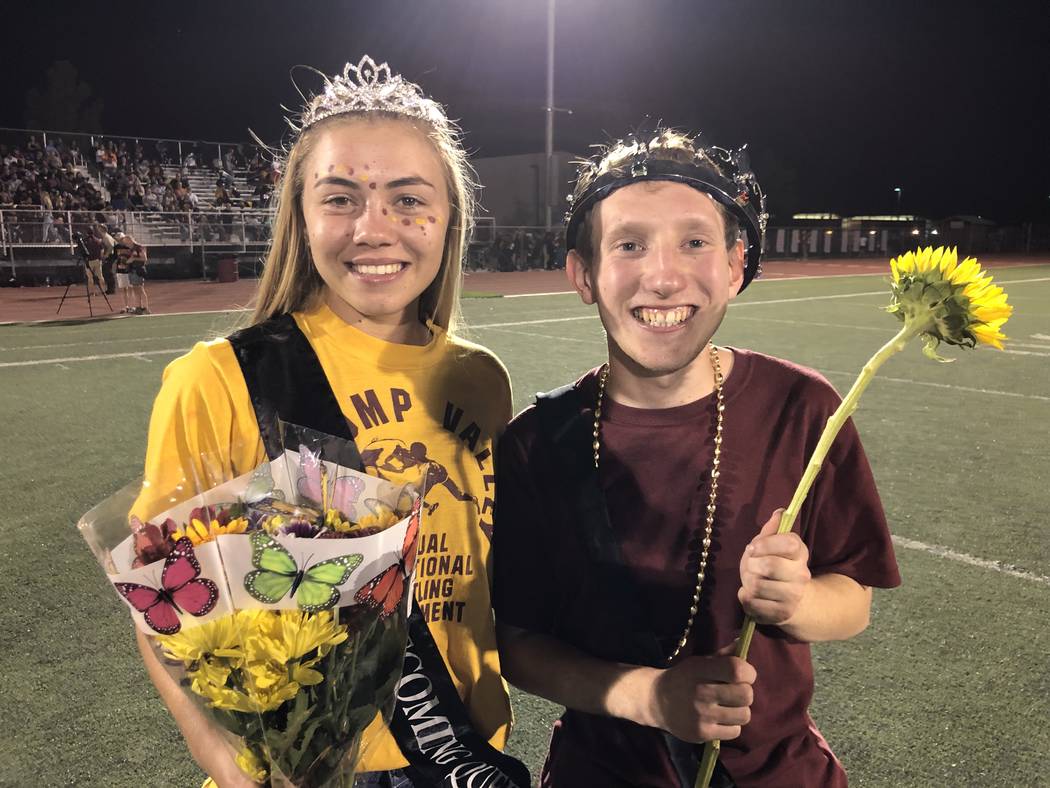 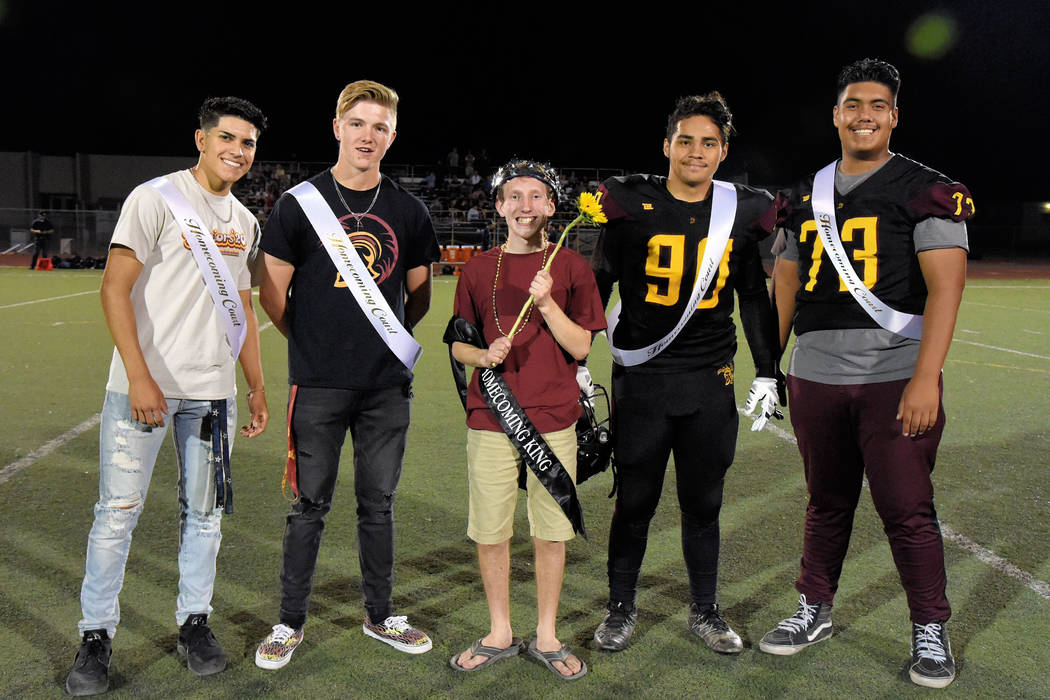 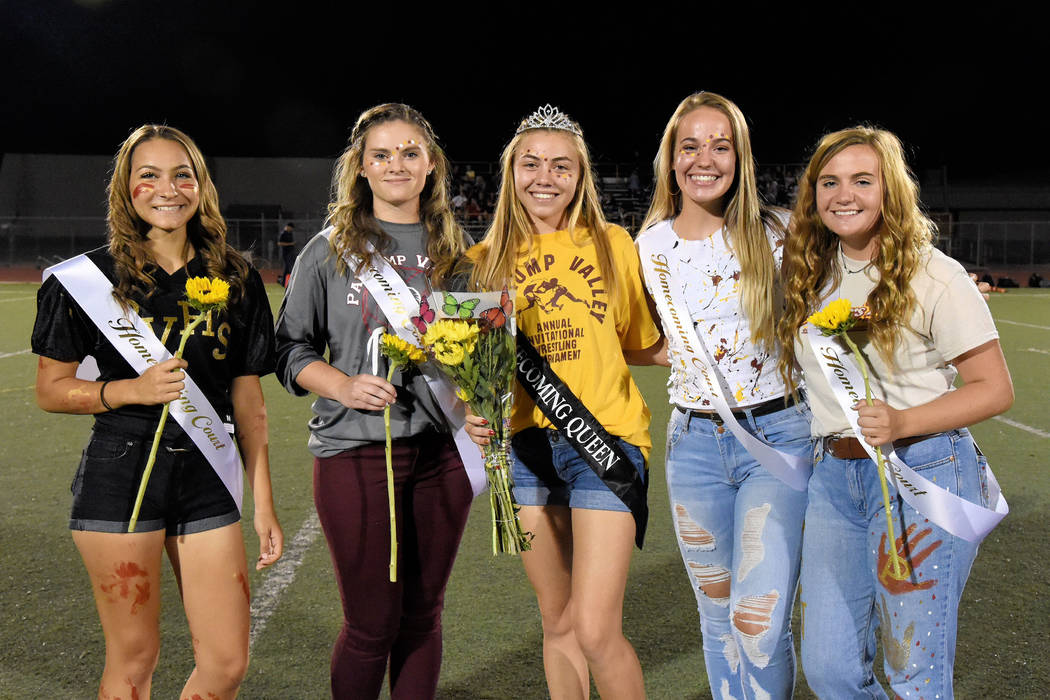 The announcement of Pahrump Valley High School’s homecoming king and queen was taken very differently by the two winners who heard their names called at halftime of the Trojans’ football game against Boulder City on Sept. 13.

Ashton Kamien had a feeling he was going to be named homecoming king based on what he heard throughout the day, not to mention the wild cheers that resulted from his name being announced.

“I heard rumors,” Kamien said on the field after the presentation. “A lot of people told me, ‘I voted for you!’ A lot of them said, ‘You’re going to win, Ashton!’ They already knew.”

“Yes, I was a little surprised,” she admitted. “I had friends of mine telling me they voted for me, but it kind of caught me off guard to think it was actually happening.”

Neither Kamien nor Lauver had been named class prince or princess during their previous years at Pahrump Valley, making Friday’s announcement a bit more special.

Both have made names for themselves in athletics; Lauver is a Class 3A all-state softball player and former basketball player for Pahrump Valley and former volleyball player at Rosemary Clarke Middle School, while Kamien was on the Pahrump Special Olympics basketball team that has competed in the Southern Nevada regional tournament and also has participated in soccer and bowling.

The other three classes crowned homecoming princes and princesses, and the honorees were juniors Sofia Martinez and Jacob Lopez, sophomores Janneth Castillo and Angel Quintana and freshmen Shania Hopkins and Makoa Batongbacal.