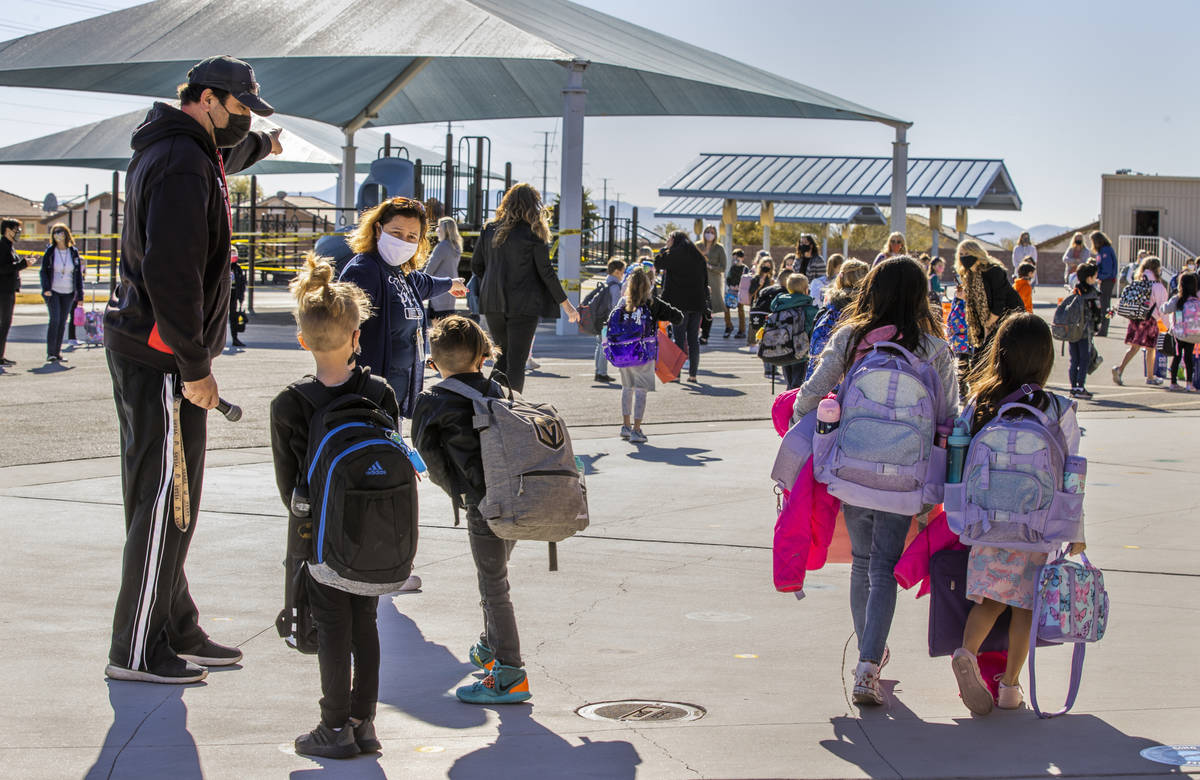 In this March 1, 2021, file photo, physical education teacher Mike Shenkberger, left, and other staff members help to organize students on the playground at Goolsby Elementary School as they return to class in Las Vegas. (L.E. Baskow/Las Vegas Review-Journal) @Left_Eye_Images 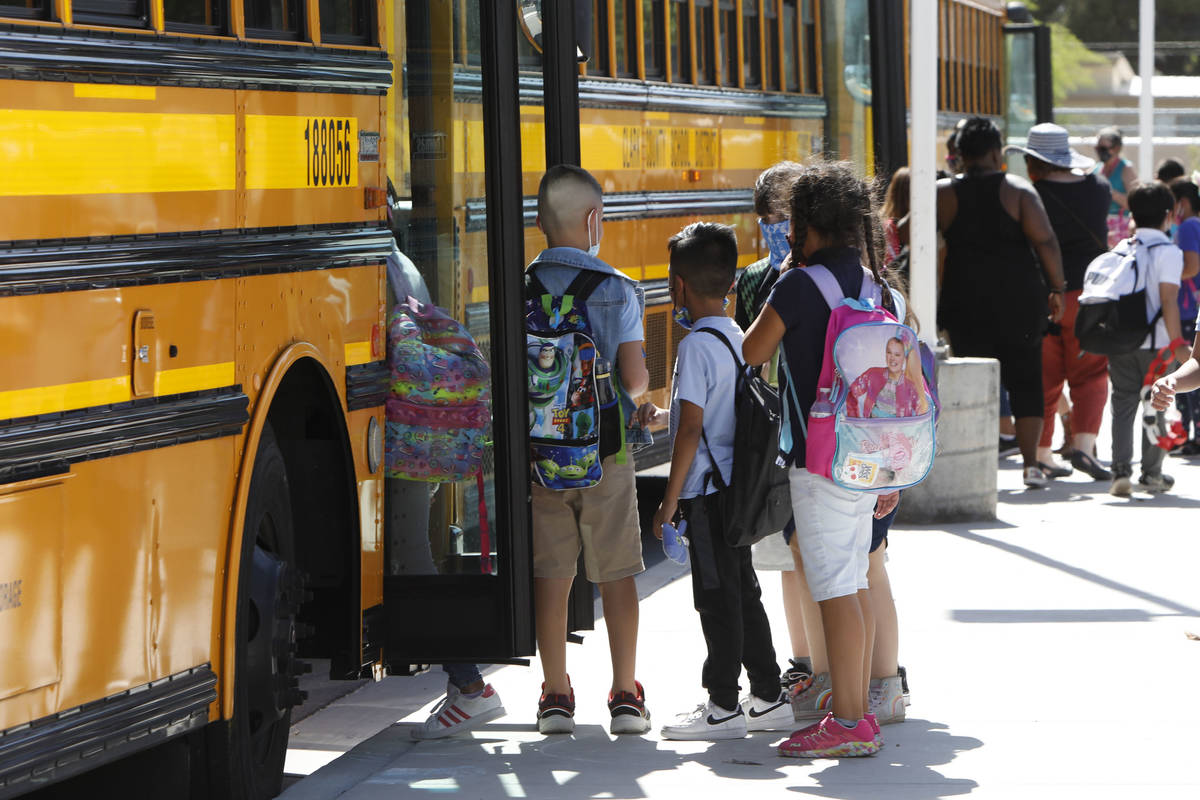 CARSON CITY — Nevada lawmakers on Wednesday approved an additional half-billion dollars in funding for the state’s K-12 budget for the next two years, a move that will provide “historic support” for public education as the state transitions to its new funding formula.

“I’ve been waiting a damn long time to put this amount of money into education,” said Assembly Ways and Means Committee Chair Maggie Carlton, the Las Vegas Democrat who has served in the Legislature for more than two decades.

The joint meeting of the Assembly Ways and Means and Senate Finance committees voted to approve the additional roughly $502 million in education funding Wednesday morning.

The majority of the additional money, about $435 million, is going directly to the state’s new Pupil Centered Funding Plan, the revamped funding model adopted by the Legislature in 2019 to replace the current half-century old plan, starting next fiscal year. The joint committee also approved an additional $67 million to hold some rural school districts harmless under the plan.

“The fact of the matter is we are adding half a billion dollars to education, and most of it is going to the base, which will help every single student,” Carlton said.

The move comes on the heels of a revised economic outlook that shows Nevada recovering from the pandemic shutdown much faster than initially expected.

Earlier this month, the Economic Forum revised its forecast for state revenue collections over the next two fiscal years to add nearly $600 million more than was projected as recently as December, giving lawmakers significantly more wiggle room as they worked to close out budgets in the final weeks of the legislative session.

The additional funding approved Wednesday also do not include any federal money from the recently passed American Rescue Plan, which will send $2.7 billion to the state, as well as hundreds of millions directly to school districts.

Lawmakers on both sides of the aisle lauded the decision to boost public education as the state implements the new funding formula.

“It’s not every day that you get to do something that would be significantly impactful for students, but I do think today is one of those days,” Sen. Ben Kieckhefer, R-Reno, said.

“There is a noted difference in what we’re doing, despite the pandemic, despite the shutdown, despite our budget challenges, that reflect that we are still working to make sure that as many kids as possible are captured in what we’re trying to do,” Frierson said.

Several education groups, including the school district and teachers union in Clark County, also praised the decision, but others said this shouldn’t stop lawmakers from looking for even more money for education.

“While the action taken by this committee is an excellent step forward, there continues to be work that needs to be done,” said Chris Daly of the Nevada State Education Association.