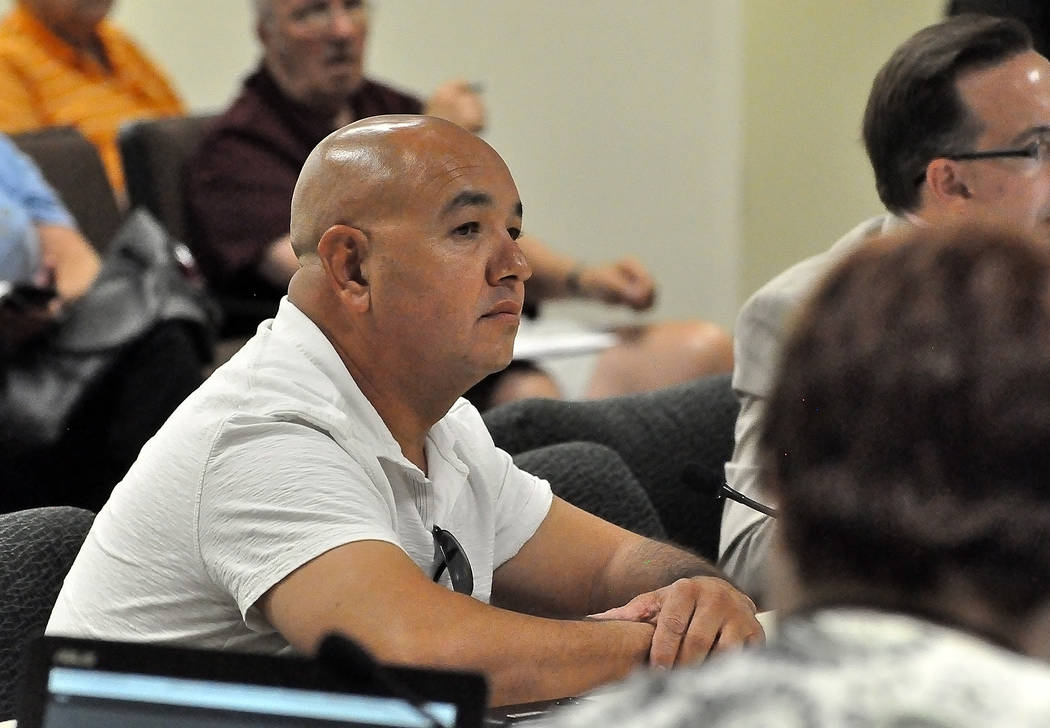 A civil rights action filed in U.S. District Court of Nevada in Las Vegas alleges a conflict of interest between Nye County and a former contractor.

Rene Morales, owner of Morales Construction and its subsidiary, Top Rank Builders, filed a lawsuit against Nye County and its former contractor Bill Browning, alleging that Browning with a tacit approval of the county engaged in practices that steered business to his contracting company American Wind and Solar, where he would get his own permits and approve his own inspections.

While Browning was the chief building inspector for Nye County through the contract with Charles Abbott Associates until 2016, he was also a president of American Wind and Solar, a construction company which served as a contractor in Nye County, records show.

“Browning was ‘financially interested’ in business ventures and construction activity, involving Nye County decisions and matters, which constitute conflicts of interest, as defined by the Professional Services Agreement, by and between Charles Abbott Associates and Nye County,” the lawsuit read.

The lawsuit further stated that Charles Abbott Associates neglected to take appropriate action to prevent Browning from engaging in “numerous conflicts of interest.”

Charles Abbott Associates regional Director Ron Grider declined to comment on the lawsuit, but said that Browning was terminated in 2016.

Nye County spokesman Arnold Knightly said American Wind and Solar does not provide any services for the county.

Within the two years preceding the lawsuit, Browning engaged in business ventures and construction activities which constituted conflicts of interest, such as operating American Wind and Solar in Nye County while functioning as the Pahrump Building and Safety Department’s building official responsible for plan approval and inspection of work, according to the documents.

Browning and his attorney couldn’t be reached for comment.

The lawsuit alleged that during the term of the professional services between Charles Abbott Associates and Nye County, Browning engaged in construction projects for his “personal gain,” and “intentionally” interfered with Morales’ business relationships and construction projects.

“Defendants Browning, American, and their agents interfered with plaintiff’s business relationships and construction projects, in their private capacities for their and Browning’s personal gain, while Browning functioned in the public position as ‘building official,’” the lawsuit read.

Morales didn’t specify the amount of damages being sought, but said that he is seeking to recoup the amount of money equal to the “projected amounts of business he lost.”

According to the filing, Morales, who identifies himself as Latino, said that he felt he was being discriminated against on the basis of his race.

After reaching an agreement with Green Cross of America Inc., Morales was told by the owner of the business that although he “loved (Top Rank’s) work and prices,” he had been told by Browning that if Green Cross used Browning as a general contractor, “Green Cross would never have to worry about a building permit again.”

The lawsuit further said that Browning had intended to use Sundance Builders, LLC and its manager Thomas Frank as the “front” contractors.

Sundance Builders LLC, and Frank were initially named in the lawsuit but were dropped later.

In another instance in 2016, the lawsuit said that Browning caused “intentional, protracted” delays in approving Top Rank’s building permit to pour curbs on a different project and shut down the pour activity on the job site, interfering with Top Rank and Morales’ use of an “at risk” process available to similarly situated contractors.

“Browning used work stoppages and other fabricated violations he issued in the course of his employment as the ‘building official’ as a basis for contacting other property owners interested in commencing construction jobs in Nye County as a basis for convincing those property owners to select American Wind and Solar and Sundance and not Top Rank for the construction projects,” the lawsuit reads.

Morales also alleged that Browning operated American Wind and Solar and used “front” construction business Donovan Thompson to engage in construction activity within the jurisdiction of the Pahrump Building and Safety Department.

“The building official is alleged to have committed the wrongful acts, while operating within the scope of his employment with the private corporation and on behalf of the political subdivision,” the lawsuit said.

In addition, Morales argued that he was targeted and harmed by the wrongful conduct, which included violations of state and federal statutes.

“Plaintiffs allege that both the private corporation and Nye County knew or should have known about of the building official’s wrongful conduct and acted with reckless disregard for the consequences, which gave rise to this lawsuit,” the document reads.

Attorneys for Charles Abbott Associates also declined to comment on an active lawsuit. An attorney for American Wind and Solar and Browning didn’t return requests for comment.

A jury trial was requested.