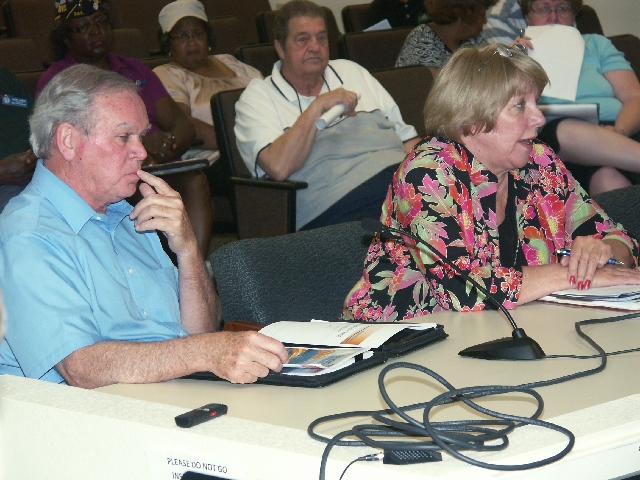 Called the POOL/PACT, board members said monies will come from the town’s general fund and are not to exceed $200,000.

Town insurance agent Carol Ingalls told board members that the town’s premiums have incurred an increase this year compared to 2012.

“The premium has gone up about 5 percent ($9,087) over last year. The exposures didn’t change much except for total insurable values, which increased 6 percent. The main reason for the increase is the 7 claims over the past two years totaling $144,917, which is about a 39 percent loss ratio,” she said.

Due to legal claims filed against the town, premiums have seen an uptick over the past three years.

Town Manager Bill Kohbarger said at least one of the recent claims arose from a lawsuit targeting the town and staff.

“Fire Chief Scott Lewis and I were individually sued for $1 billion each and the Town of Pahrump. We had to defend that. It was a baseless lawsuit that the court should have thrown out and fined that individual and that is a big problem with our court system. They have to deal with frivolous lawsuits like what this individual filed,” he said.

Former town board candidate Anthony Greco sued at one point, accusing Kohbarger, Lewis, and the town board of violating the privacy provisions of the Health Insurance Portability and Accountability Act of 1996, or HIPAA. He also included a claim about an arson investigation for which he is facing charges in District Court related to an August 2010 fire at his 5920 Pahrump Valley Blvd. home. Prosecutors believe the fire was intentionally set to collect on the home’s insurance.

Kohbarger said the town spent more than $2,900 in attorney fees to defend the lawsuit minus the deductible which totaled $2,000.

“That $2,931.81 was above and beyond the $2,000 that we had to do already for the deductible. It was $4,931.81. There was also money for Armstrong and Teasdale, who originally handled the case. In total, it probably costs us about $6,500 to $7,000 for just crap. It was not the first time because we have had other lawsuits that we had to defend ourselves against,” he said.

The town manager said that not continuing with the present risk management provider was not a good option in terms of finances.

“It would cost a ton of money to go out and get the individual coverage that they provide for us. It would probably be $300,000 or more, which is $100,000 more than what we are paying right now. We would not get all of the benefits, programs, and grant monies that we now receive. There are a lot of extras that they do that really make it a bargain,” he said.

“They are all about giving back to the entities that have put trust in them so they can maintain good working relationships. They can also assist with other issues in risk management and they provide a ton of training that we all take advantage of,” he said.

One expansion of coverage Kohbarger was referring to is that of cyber security.

As a POOL/PACT member, the town is now covered for any events related to the hacking of town computers, which store sensitive and personal information on employees, including town records.

One board member had reservations about continuing with the current insurance provider.

Chairman Harley Kulkin said he did not have full confidence in the company.

“I have had firsthand experience with them, but I didn’t want to go into details (Kulkin sued Nye County, a POOL/PACT member, in the past). This company is based in Reno but there are many companies in Las Vegas. I read in the paper that Nye County alone had 60 or more lawsuits. Just think about all of those airplane rides and hotel rooms that Nye County is paying for to get those people down here,” he said.

The town has used the same insurance provider since 1987.

Scores of towns, cities, and counties in the Silver State are also members.