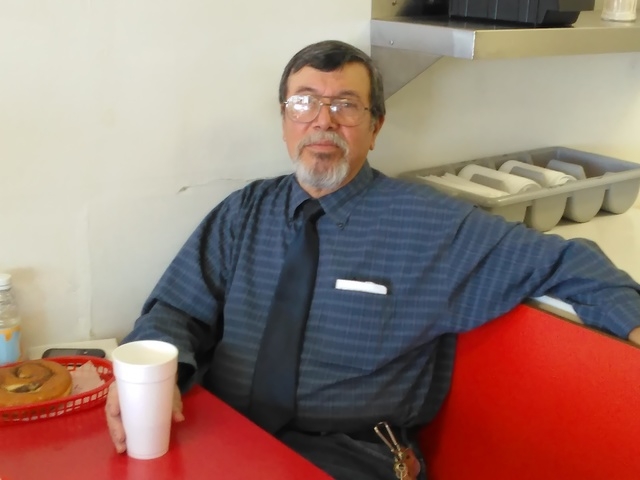 Editor’s note: The Pahrump Valley Times will be running articles on all the candidates seeking a Nye County Commission seat, and candidates from other races, during the next few weeks leading up to the start of early voting on May 28.

Sal Ledesma has been a resident of the Pahrump Valley since the early 1980’s and he’s hoping his time spent in the community will bolster support for his Nye County District II Commission run.

When talking about his candidacy, Ledesma declined to go into specifics, but he said he’s always open to discussing important issues facing District II residents.

On the issue of experience, Ledesma said he learned much from his time as a resident of Lynwood, California where he served on several boards.

Ledesma said he’d be in favor of looking at the possibility of re-establishing Pahrump Town Board.

“I would certainly be open to it,” he said “I’m not going out and saying let’s recreate the town board. I am just saying that I would be open to discussing that issue with the community.”

Additionally, Ledesma spoke about the present county commission, which he indicated he could get along with each member.

“I have no qualms with the present board, but I just think it’s time to go in a different direction because times are changing and we need to also change,” he said. “I get along with the county commissioners. I am a senior and I am a veteran, so I’m an advocate for the problems that they have in this community. I have been a resident of Pahrump since the early 1980s and I have seen a lot of candidates come and go.”

Ledesma has yet to schedule any ‘meet and greets,’ at present, due the fact that there’s still a long way to go in this election cycle.

“I’m waiting to see what the rest of the candidates are doing,” he said. “I have done this type of thing in California so it’s not new to me, and therefore I am not rushing to jump into something at this time. I’m looking to see how things go and how people will react.”