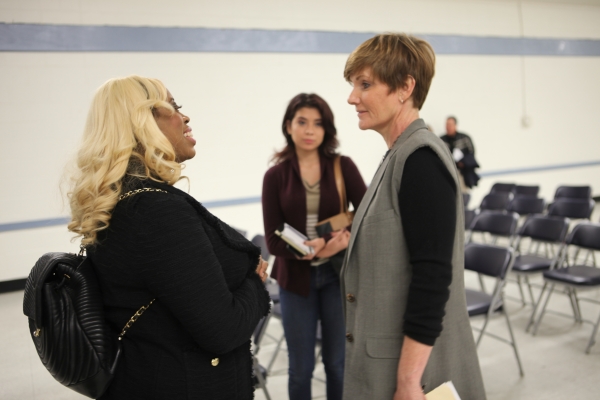 In the 4th Congressional District four Democrats are in competition for their party’s nod to challenge incumbent Rep. Cresent Hardy, R-Nevada, who is running for a second term.

Philanthropist Susie Lee leads the Democratic candidates for the district that includes Nye County. Lee reported $646,563 cash-on-hand and took in $724,774 in contributions during 2015. She’s also lent her campaign $150,000, filings show.

Lee’s cash-on-hand comes within striking distance of Hardy’s war chest. He reported $659,592 cash-on-hand in his filing.

Here’s how other Democrats fared:

• John Oceguera, former Nevada Assembly speaker, reported $183,965 in contributions last year, with $204,470 cash on hand in his year-end filing. His cash-on-hand exceeds donations because he also lent his campaign $100,005.

The primary election is June 14, with the winner likely facing Hardy on Nov. 8.

The Pahrump Valley Times is owned by a limited liability company controlled by the Adelson family, majority owners of Las Vegas Sands.