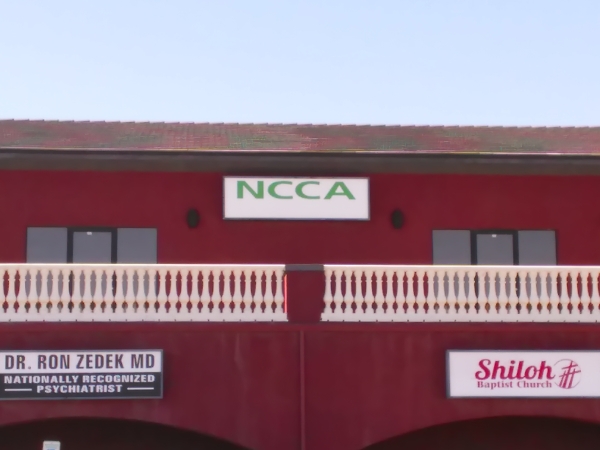 As the medical marijuana industry continues to bloom in Nye County, a local organization is focused on bolstering the trade.

Chapman said her organization was created to strengthen the medical marijuana industry in Nye County.

“It’s in the beginning stages here, and as professionals, we can work together to achieve the common goal of seeing the cannabis industry thrive,” she said. “We are a member-focused organization designed to support and promote the industry in Nye County.”

The members, Chapman said, are those who are legitimately authorized to operate within the industry.

“The members are cultivators, dispensaries and production facilities, so it’s not for the general public because we work with some of the local cultivators,” she said. “There’s only going to be one dispensary here in Pahrump and we keep our members up to date on Nye County regulations and laws regarding medical marijuana.”

Those not intimately involved in the medical marijuana industry can also benefit from association.

This will be for the entire community, unlike the membership program that we have,” she said. “It will be at the Artesia Clubhouse and we will have representatives from natural medicines. We also plan to have a cultivation facility that will be coming out here doing a presentation and the public is invited to that as well.”

Chapman also spoke about employment within the industry.

So far, dozens of individuals have been hired in Nye County.

“As of this week there has been more than 70 jobs created here in Nye County in the medical marijuana industry and we are just in the beginning stages,” she said. “We’ll do job fairs if our members choose to utilize that service, but I know not all of them will. If they do choose to, the applicants will come to this site rather than the site they will be working at.”

The positions in the industry vary, as Chapman noted the salaries are very competitive.

“It just depends,” she said. “If you’re doing an administrative office position, it depends upon your experience where it could be up to $40,000 a year. As far as entry-level positions, the salaries are anywhere from $10 to $14 an hour and there will be a need for trimmers and for cultivators. Most of them provide on-the-job training. If it’s a production facility, there will be positions available on that level.”

“There will be a lot more jobs available as the rest of the cultivation facilities get off the ground and begin moving,” she said. “Hopefully in the next month and a half, we will have a better understanding of available positions and we will have another job fair. The ones I have dealt with so far, have been anywhere from $10 an hour and up.”

Though Nye County Consultants Association has only been operating for roughly two months, Chapman said the organization has developed much enthusiasm in Nye County.

“We’ve generated some great interest in a very short amount of time among those in the medical marijuana industry,” she said. “There are associations for just about every industry but Nye County did not have one for this particular industry. We saw a need for it, so we can all speak together as one voice.”

One additional point Chapman mentioned regarding applicants was the issue of drug testing and job readiness.

“Some of the facilities require applicants to undergo a drug test,” she said. “Each facility is really different on how they run it. Some facilities prefer that you have no experience in the medical marijuana industry because that way, they can show you exactly how they want it done so applicants won’t come in with preconceived ideas or notions on how it should be done. They will be trained on the job.”