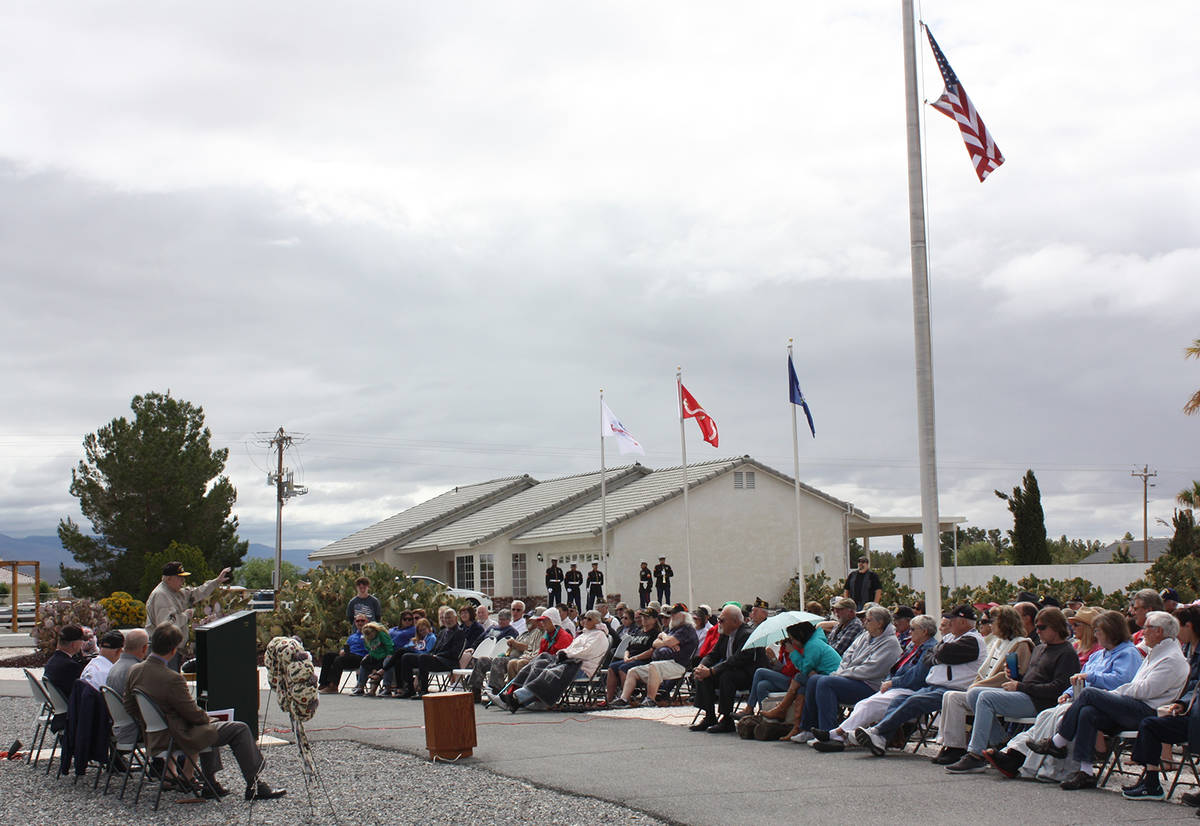 The last Monday in May is set aside for Americans to come together on Memorial Day to honor military personnel who died while serving in the armed forces.

This year however, Memorial Day services throughout Pahrump have been canceled due to the COVID-19 outbreak.

In years past, observances were held at various locations in town, including the veterans section of Chief Tecopa Cemetery, the Pahrump VFW and G.G. Sweet Veterans Memorial Park.

Pahrump Marine Corps League Detachment 1199 Commandant Jose Telles lamented the fact that the service was canceled due to the pandemic.

“The reason for past Memorial Day ceremonies was for veterans, families and individuals to get together and remember those who have paid the ultimate price,” he said.

“Many of us veterans in town are getting up there in age, like me at 84 years old. We think that it would not be a good idea for us to hold a Memorial Day ceremony because there is no way that we can spread everybody out according to the social distancing guidelines.”

“With the quarantine, we simply cannot get groups of people together because we are operating under the governor’s directive,” he said. “We do have our restaurant open, but we’ve had to space out tables just like they do at the other restaurants, but there won’t be a ceremony this year.”

Also, officials from the G.G. Sweet Veterans Memorial Park on Gamebird Road said this week that the site will no longer host formal Memorial and Veterans Day services, a tradition that began in 2000, according to a news release.

Those services were organized and conducted by retired Marine Corps Maj. Roger U. Chaput.

“Those family and friends who wish to pay homage to veterans whose ashes are celebrated in the burial tube by the monuments, may do so any day during daylight hours on an informal basis,” the release noted. “Maj. Chaput, now an Arizona resident, has organized and conducted Memorial Day services at the park since its inception. As a Pfc. Chaput served on Capt. Sweet’s tank in the Korean War from 1950 to 1951, resulting in a lifelong relationship. Now at the age of 88, Chaput, also a veteran of the Vietnam War, suffered from health issues related to exposure of the chemical defoliant “Agent Orange” which has impaired his ability to travel to Pahrump and conduct Memorial Day services. The park is entrusted to Sweet’s grandson, a resident of Stillwater, Minnesota, while Pahrump Scoutmaster Paul Gaxiola, Troop 774, is the park’s caretaker.”