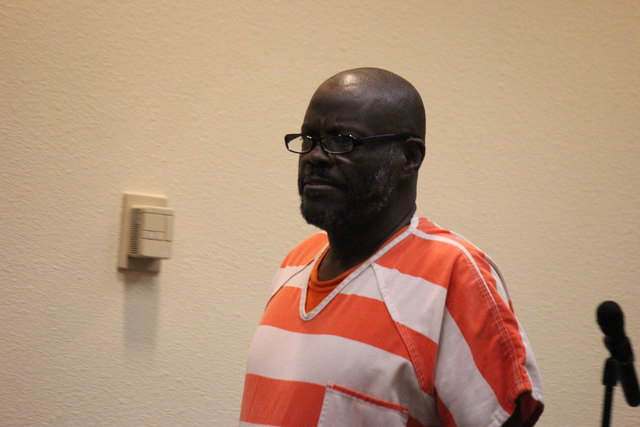 A local pastor charged with three felonies and a gross misdemeanor was in court on Monday for an arraignment in front of District Court Judge Robert Lane.

He is also facing a misdemeanor charge of open or gross lewdness.

With about 30 of his family, friends and supporters in attendance, Ferguson entered not guilty pleas to all charges. The trial is scheduled to begin Sept. 17 at 9 a.m. and run through Sept. 25. Ferguson was placed on house arrest pending the trial.

Public defender Jason Earnest had asked that Ferguson be released on his own recognizance until the trial. Earnest told the court that there was an offer from the state but that his client had rejected it.

“Well, certainly, the justice of the peace found enough probable cause for bail,” Vieta-Kabell said. “Probable cause has been found for all four of those charges. I think $50,000 bail is a reasonable bail, considering we have multiple felonies and one is a category A felony.”

Earnest explained that members of the church will be paying for the cost related to house arrest.

Ferguson, who is the minister of Freedom of Praise Ministries, located at 921 S. Highway 160, was arrested on July 25 after deputies received a report of an alleged attempted sexual assault involving a juvenile victim with mental illness.

After the victim explained what he alleged happened, his mother called the Nye County Sheriff’s Office.

According to police reports and court filings, when deputies made contact with the victim and his mother, he reportedly told them that while he was at Petrack Park, he was approached by his pastor and offered a ride home, which he accepted.

The juvenile told deputies that they stopped at Ferguson’s house and the pastor began kissing the victim on the forehead and pulled the juvenile’s pants away from his body and looked down his pants and told him, “I want to have sex with you,” and the victim left immediately.

When deputies and detectives made contact with Ferguson at his residence, he reportedly corroborated the juvenile victim’s statements but denied attempting to have sex with the victim.

Shortly after his arrest, the district attorney’s office discovered that Ferguson is reportedly HIV positive and added the charge of attempted intentional transmission of human immunodeficiency virus and kidnapping to the list of charges.

The phone number listed for the church is no longer in service.