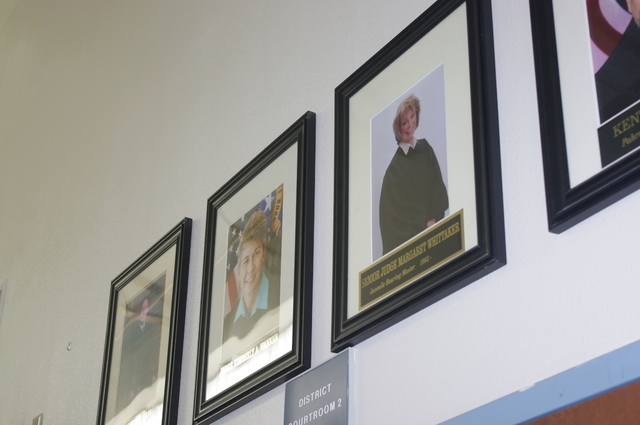 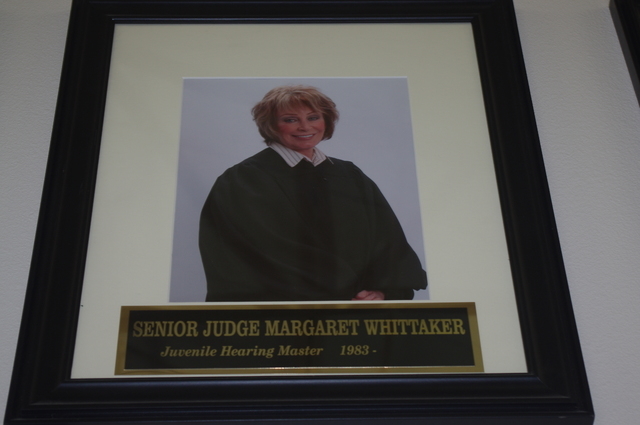 A long-serving juvenile court master and former Pahrump justice of the peace resigned her position after 35 years of service to the county last week after the District Court urged her to take a drastic pay cut.

Senior Judge Margaret Whittaker submitted a letter of resignation to District Judge Kim Wanker after she was asked to accept a pay cut amounting to more than half her current salary.

Whittaker has served as juvenile court master in Pahrump since 1982, when she was first elected to the bench. She told the Pahrump Valley Times she felt blindsided by the District Court’s move.

“It is just beyond my comprehension how my salary could put a dent in any deficit the county has. I can’t imagine it,” she said, referring to her meager $19,200 in annual pay.

Judges Wanker and Robert Lane asked her to accept a $12,000 pay cut, making her compensation for handling juvenile cases the same as two northern county justices of the peace who also act as juvenile court masters, but who also handle much lighter caseloads.

“They (Judge Gus Sullivan in Beatty and Judge Jennifer Klapper in Tonopah) maybe have one juvenile case a month and they are making $600 (per month). That’s warranted. But when you are doing 23 cases in an afternoon or you are doing a caseload every Tuesday, that doesn’t make sense,” Whittaker said.

The longtime jurist said she was most disappointed in the “secretive” manner in which she was approached about the pay cut by Wanker.

“I will tell you this that very few people know, there was something going on with my position and she (Wanker) asked my clerk to set up an appointment with me. I thought that was odd since me and Judge Wanker are okay. So I called her myself and she said we’d like to get together with you to discuss the budget, well, actually she didn’t even tell me what it was about,” Whittaker said. “But then I wondered what are we talking about. I emailed her, texted her, called her. I said please tell me what the meeting is about so I can have some input. I don’t want to just walk in and have nothing to say. She never responded. It went like that for two weeks with her and she never responded.”

Whittaker said she quit after Wanker told juvenile court staff members that it no longer made sense to pay Whittaker what she was making or to pay for transportation costs for her to travel to northern courthouses since Sullivan and Klapper could perform the work in those communities.

“The day I quit was the day she told my staff at a meeting that why would they want to pay for transportation when they have two qualified people in the north to do juvenile cases,” Whittaker said. “That was a thing to say to my staff and not even talk to me about it? I resigned immediately. My clerk took it over to her.

“Everything was done underhanded, back door and very secretive.”

Wanker called the issue unfortunate for all involved.

“Juvenile has been operating at a deficiency. Obviously juvenile falls under the District Court and we don’t have the money we once had. And so Judge Lane and I sat down and we looked at the budget and we had to make some unfortunately tough decisions,” she said.

“What we said in taking a look at this is that we should bring everything back into alignment. What we did is we went to Judge Whittaker and we sat down with her and we said you know we really like you, you are doing juvenile, you are the juvenile master but we think it would be appropriate to bring, in light of the shortfalls we have in the budget, to bring that position, we don’t want to lose you, but we can’t justify the salary. We wanted to bring it in line with the other juvenile court masters. She chose to resign, she didn’t want to do that,” Wanker elaborated.

Lane will be presiding over Pahrump juvenile cases in the meantime, Wanker said.

“We have to pick up the slack because we simply don’t have the money,” Wanker said. “I adore Margaret, it’s simply a finance thing. I will be honest, we were looking at laying people off.”

Chief Juvenile Probation Officer Tom Metscher, who has worked closely with Whittaker for years, said her resignation is a loss to the community.

“She’s been with us quite some time obviously. She’s been primarily the one handling juvenile court. We did some work together on juvenile drug court, which is much smaller than the adult version. She’s certainly been an asset for a long time,” he said.

Asked if he was surprised by her resignation, he said he was.

“Yeah, we were. It’s very unfortunate. She is going to certainly be missed. She was certainly an asset to juvenile relations around here, how she conducted court and how she interacted with the kids.”

“She is characterized by the masterful trait of being able to be what she needs to be as justice demands. Sometimes tough, fairly firm, as well as merciful, compassionate, and understanding while cloaked with the responsibility to exact true justice in an imperfect world. There was never any doubt about who was in charge of her courtroom, and she had cases involving some of the best defense attorneys in Nevada,” Vitto wrote in an email.

“For the last few years it has been my great pleasure to appear before her as Juvenile Master and she has always demonstrated herself to be just that…a true master at using all of her life experience to discern the issue, cut to the chase, reach the heart of a matter, and do what was best for the child, whether they realized it or not at the time,” he wrote.

Whittaker, in a letter to the editor reprinted on the PVT’s opinion page today, said the short shrift she feels she’s gotten from the District Court is nothing more than another in a long line of examples over her three decades of service of Nye County showing the low priority it assigns to juvenile justice issues.

“I need to say that the youth of this valley deserve the best of what we have. I want you to note that I am not speaking of myself. Juvenile court is the place to point a child on the right road in life and not a path to the prison system. It should be a place where the kids that are playing with drugs don’t go on to institutions, hospitals, or coroner’s office. It should be a place where we find there are difficulties with the family and we can get the family help,” her letter states in part.

“Until the last few years, we held court in the community center, ambulance bay, fire station, and even a park bench on the Calvada Eye. What kind of message did we send to the young people? It was a joke and nothing they (county and court officials) wanted to take seriously. However, we certainly can understand spending money on a paintball area so the sheriff’s department can shoot better.

“The youth of this valley are on the bottom of a priority list or not on one at all.”

Whittaker later told the newspaper that “juveniles are not cared about one way or another in this county.”

“The hundreds of thousands of dollars the county spent transporting juveniles to Hawthorne or to Elko or anywhere else, they could have built a detention center or a courtroom for juveniles, but they’re not a priority,” she said, recalling times when she held court on park benches because the county had failed to open a courtroom for her.

Until recently, many juvenile offenders were sent to detention facilities hundreds of miles away at a steep cost to taxpayers. In June, authorities made an agreement with Clark County to begin housing some youth offenders there.

Whittaker said she regrets resigning, but could not perform the function at such low pay.

“I love the job. I love being a juvenile court master. I love the juveniles,” she said.