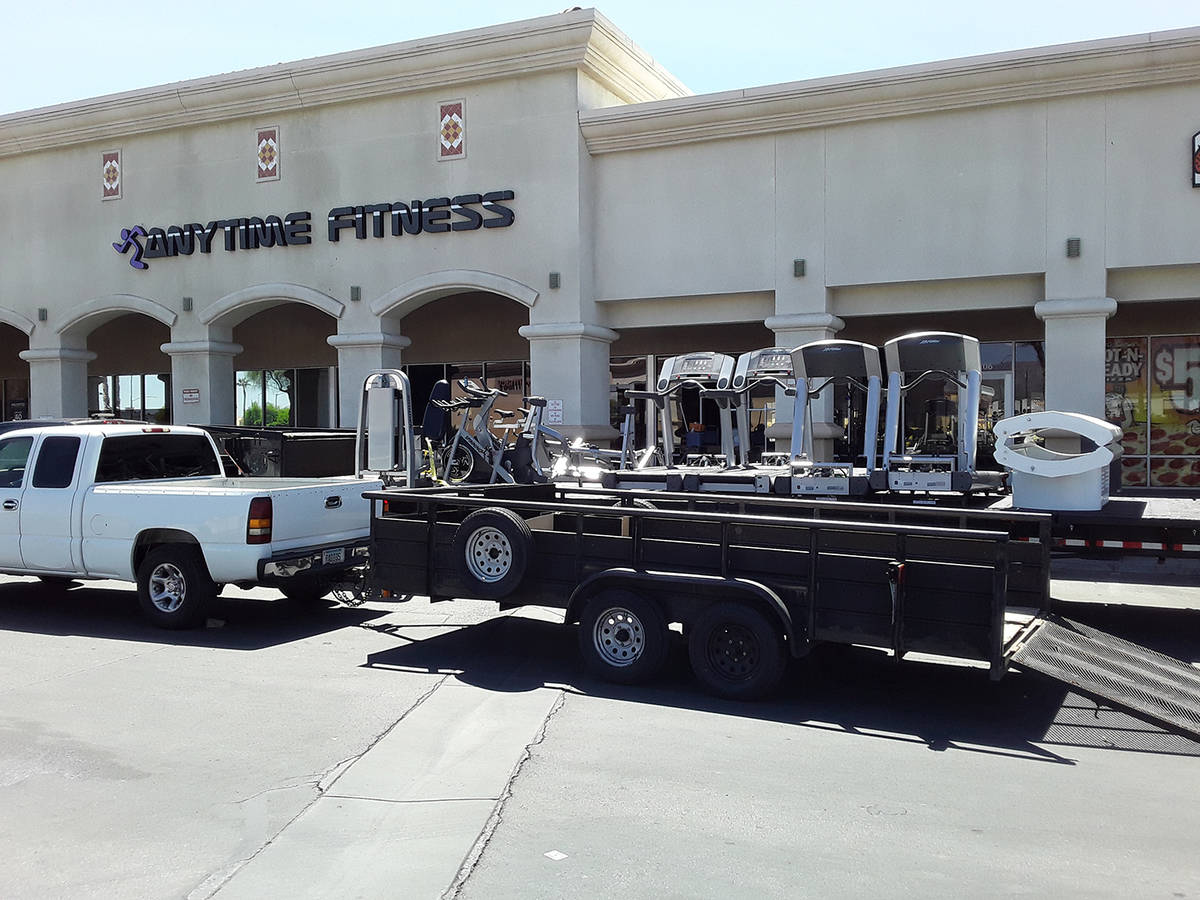 Selwyn Harris/Pahrump Valley Times Anytime Fitness, located at 70 South Highway 160, permanently closed its doors on Tuesday, May 5, due to the COVID-19 virus outbreak. The fitness club had two full-time employees and two trainers.

It appears that the COVID-19 virus has claimed the life of a local business.

Anytime Fitness, located at 70 South Highway 160, permanently closed its doors on Tuesday, May 5.

Owner Greg Kudrna said he decided to shutter the fitness club for good, after closing its doors early last month, due to the pandemic.

“Before the lockdown, those clubs were doing quite well, but they are closed right now, obviously because of the coronavirus,” he said. “Some businesses are reopening but gyms are considered hot spots for the coronavirus, so we are last on the list to open up. We are probably looking at another month at the very least, so I will just run those and carry on.”

Regarding his Pahrump business, Kudrna said many of his clientele were area senior citizens.

“My club here in Pahrump was good, and obviously there are a lot of older, retired people in this town,” he said. “A lot of them used their insurance to pay for their memberships. We had an overabundance of those clients and they just weren’t coming in as regularly as they used to. If they don’t come in an ‘X’ amount of times each month, we don’t get paid. I had two full-time employees and two trainers. My manager, Alicia, is doing okay, but she is taking it harder because she was really invested in this place and this was her baby.”

As a resident of Lake Havasu City, Arizona, Kudrna said he was forced to make the 300-plus mile drive several times to transport much of his fitness equipment back home.

“We physically started moving out about a week ago and this is our third trip,” he said. “Fortunately, I have about 90 percent of my equipment already sold, so it’s less stuff that I have to haul. I also gave away some of my inventory like chairs, lamps, and some tables. I have owned this club going on four years, but it was open seven or eight years prior to my ownership.”

Once it’s deemed safe to reopen his northern Nevada fitness clubs, Kudrna said that he will have to make a sizable investment to get them up and running when the time comes.

He also provided a bit of advice to local residents trying to make ends meet as businesses begin to slowly reopen.

“My recommendation to the people in this town would be to shop locally, because if you don’t shop locally, the local businesses won’t make it,” he advised. “At the end of this whole thing, when it’s all said and done, I’m probably going to have to invest about $35,000 into reopening each club.”