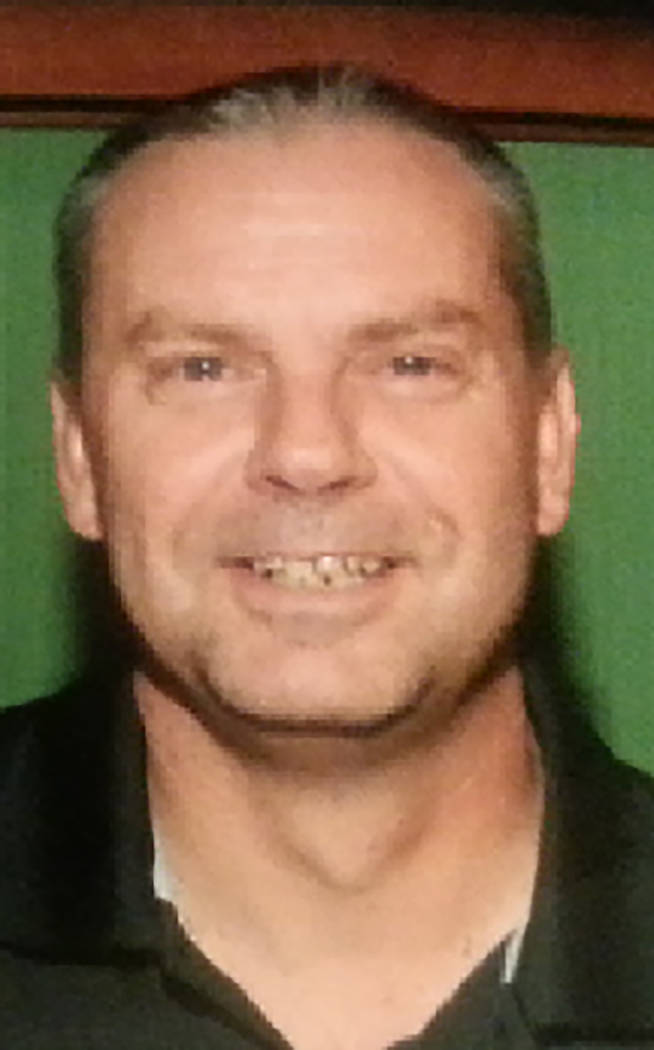 Special to the Pahrump Valley Times Nye County Sheriff's Deputy Joseph Close retired on Sept. 1, after 22 years. Close began at the detention center, where he worked his way through the ranks as patrol deputy, detective and on to Internal Affairs Sgt, upon his retirement

Over the years, colleagues said Close worked his way up through the ranks from detention center detail, street patrol, then on to the position of detective and Internal Affairs sergeant.

“He retired on Sept. 1, 2017 after 22 years of dedicated service to the Nye County Sheriff’s Office and Nye County,” said Sheriff Sharon Wehrly. “Through the years, Joe has worked many cases, including homicides, domestic violence, and financial crimes. He has been a versatile asset, always dedicated to uncovering the truth. He also presented solid cases to the Nye County District Attorney’s office for review and prosecution.”

Wehrly noted that Close truly found his niche in the internal affairs department, where he retired from that position.

“We want to congratulate Sergeant Close on a job well done, a career well spent and thank him for his uncompromising dedication to the citizens of Nye County and his fellow officers,” the sheriff said.